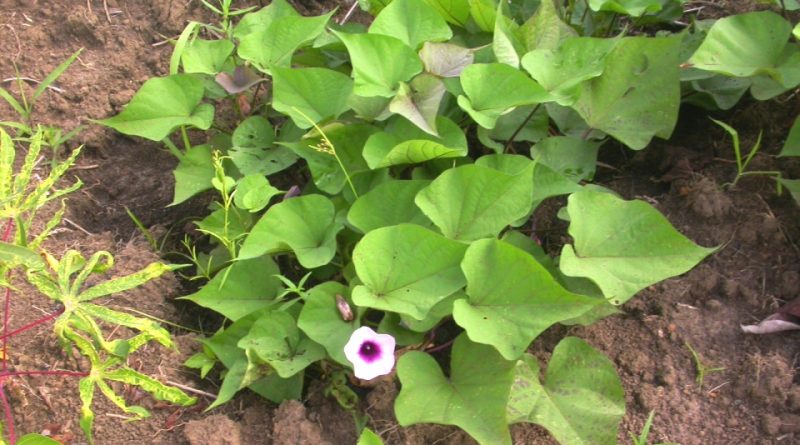 The sweet potato or American potato or even batata (Ipomoea batatas L.) is an herbaceous species belonging to the Convolvulaceae family.

Systematics –
From the systematic point of view it belongs to the Eukaryota Domain, Kingdom Plantae, Magnoliophyta Division, Magnoliopsida Class, Order Solanales, Family Convolvulaceae and therefore to the Ipomoea Genus and to the I. Batatas Species.

Etymology –
The term Ipomoea comes from the Greek ιψ ips, rodent vine of the vine and from ὄμοιος hómoios similar: similar to a worm, due to the voluble pattern of the stems. The specific epithet batatas derives from batata, the vernacular name of this plant in Taino, the original language of the Bahamas and the Antilles.

Geographic Distribution and Habitat –
The Ipomoea batatas is native to the tropical areas of the Americas where findings and documentation show that the cultivation was already widespread about 5000 years ago. Subsequently it spread rapidly throughout the region, including the Caribbean. After the discovery of the “new world” it spread to Europe and also to Asia, where its presence in China was already documented in the late sixteenth century. However, sweet potatoes were also known in Polynesia before exploration from the west, which is at the center of an interesting debate to understand how the species arrived in Oceania. 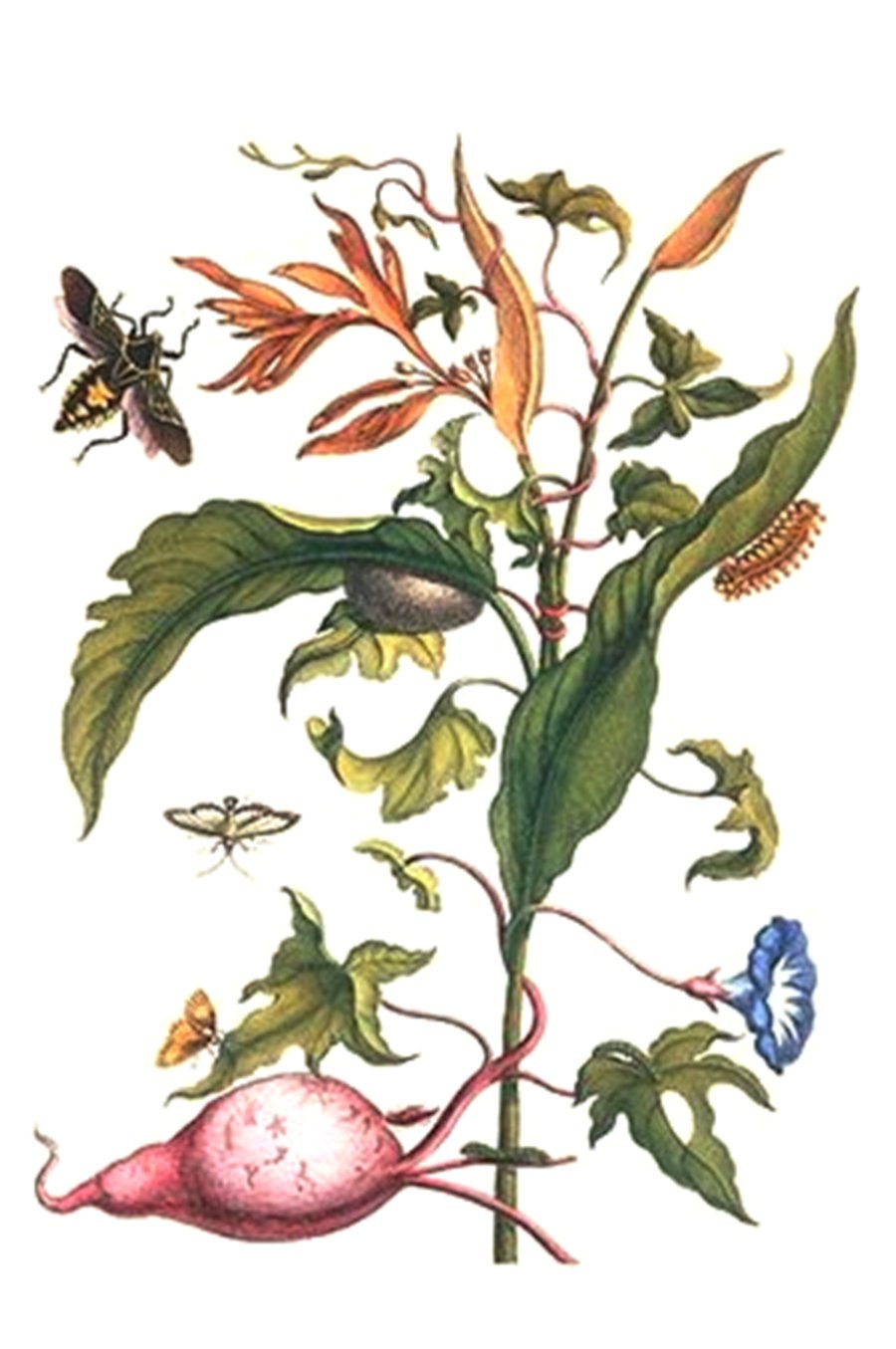 Description –
The sweet potato is a perennial herbaceous species characterized by alternate lobed or palmate leaves. The flowers are medium-sized gamopetals. The epidermis of the tuber (rhizotubero) has a color that varies from red to purple, from brown to white depending on the variety; also the pulp that varies can take color from white to yellow, orange or purple depending on the variety.

Cultivation –
The sweet potato is a plant that requires high temperatures of at least 15 ° C for germination and not below 20 ° C for the entire cycle, with high water requirements. It should also be grown in loose, well drained and rich in organic matter and potassium.
For the cultivation technique, see the following sheet.

Uses and Traditions –
Although called sweet potato the botanical link with the common potatoes (Solanum tuberosum L.) is minimal, as these belong to the Solanaceae family.
Ipomoea batatas is mainly cultivated in Asia, where it occupies more than 10 million hectares of land and in tropical regions for its edible, sweet and starchy rizotuberi.
More than 95% of sweet potato cultivation is produced in developing countries, where it is the fifth staple food. In addition to the use of the rhizotubers that are cooked boiled, fried or baked, these are used industrially for the extraction of starch, alcohol and for the production of flour. Even the leaves and young shoots are edible.
This plant is also used for the production of dyes. In South America, the juice of red sweet potatoes combined with lime juice is used as a dye for fabrics. Animal feed is also produced from it.
The sweet potato is also used at home level making it sprout for ornamental purposes, drowning the rhizotubero in water.
In Italy, the American potato is recognized as a traditional agri-food product in Veneto and Puglia and, for this reason, included in the appropriate list published in the Official Gazette.
American potatoes possess their own wealth in the peel. Thanks to their more or less bright colors, in fact, they not only contain a very high content of vitamins A and C, but also represent a valuable source of carotenoids, flavonoids and anthocyanins, with an important antioxidant power.

Preparation Mode –
The Ipomoea batatas, due to its organoleptic characteristics and the particular composition of the rhizotubes, is particularly versatile when used in the kitchen; in fact, it can be used both in the preparation of savory dishes and in the creation of delicious desserts. The powdery and soft consistency, combined with the delicate and light flavor, allows you to experiment with a large number of recipes, all different from each other, including soups, flans, ethnic dishes and desserts.