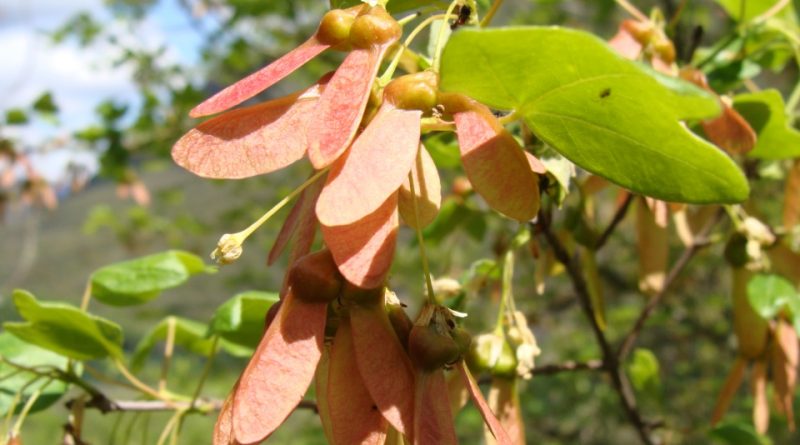 The lesser maple, also known as trilobe, baskets, maple, spiny or maple of Montpellier (Acer monspessulanum L.) is an arboreal species of the family Aceraceae.

Systematics –
From a systematic point of view it belongs to the Eukaryota Domain, Kingdom Plantae, Magnoliophyta Division, Magnoliopsida Class, Sapindales Order, Aceraceae Family and therefore to the Acer Genus and to the A. monspessulanum Species.

Etymology –
The term Acer derives from the Latin name dell’Acero, cited in Pliny and Ovid. This name should derive from acer acris: pointed, pungent, both for the pointed shape of the leaves and for the use of maple to make lances. The specific epithet named monspessulanum comes from Montpellier, the French city of Languedoc in the south of France (Latinized name in Monspessulanus).

Geographic Distribution and Habitat –
The Acer monspessulanum is a widespread species in the submontane areas of the Mediterranean countries; it is a typically Mediterranean species, termomesophilous and resistant to drought. We find it in the termomesofili deciduous woods. Its range extends from southern Europe, north Africa to western Asia. In Italy it is found mainly from the islands to Liguria and especially in the hot subarea of ​​Castanetum. It is found with less density in the evergreen Mediterranean forest. 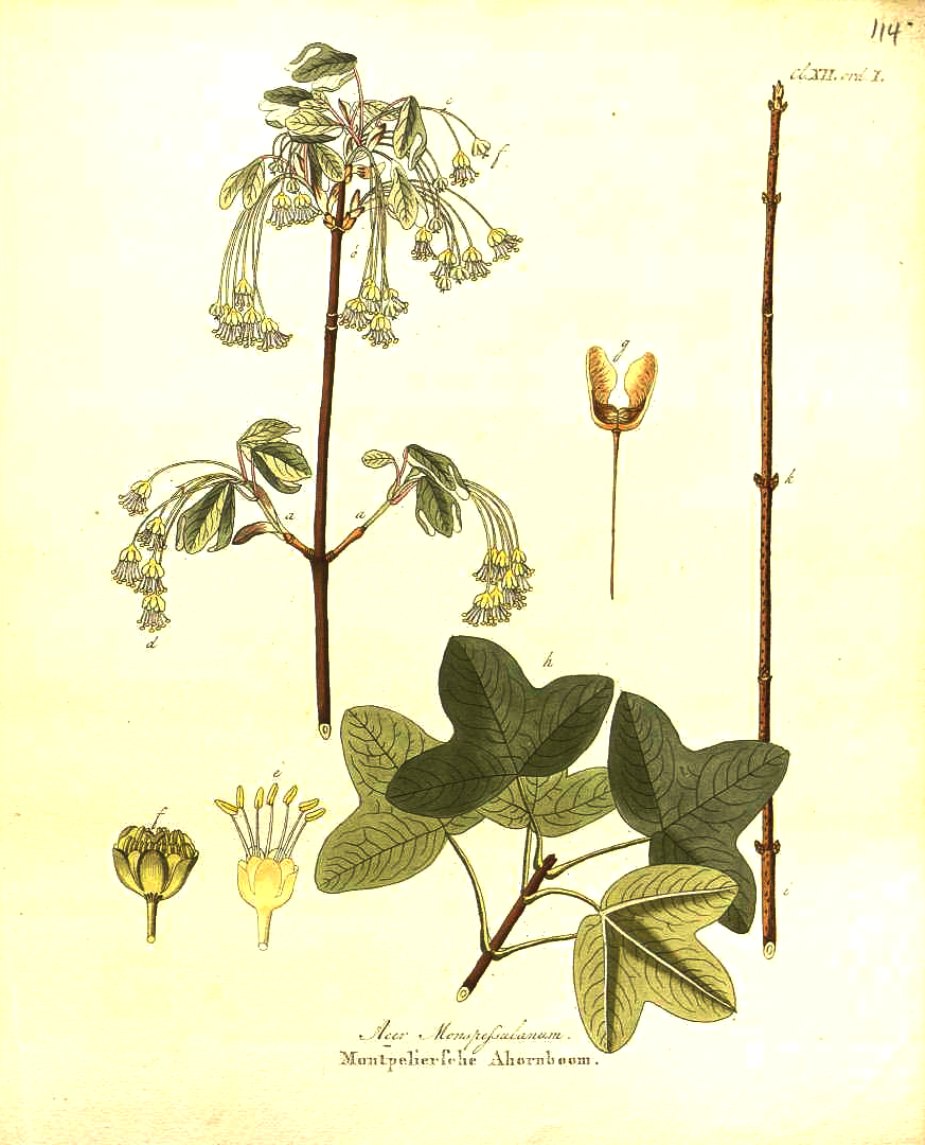 Description –
The Lesser Maple is characterized by a moderately sized shrub or tree bearing. It can reach 5-6 meters and more rarely can reach a little more than 10 meters in height. The bark is brown in color and the crown is roundish. Opposite, simple leaves with a trilobal lamina between 4 and 6 cm in length and a whole margin; they are of leathery consistency, pubescent on the lower page. The flowers, yellow-greenish, are gathered in corimbi first erect and then pendulous. The fruits, red to brown in color, are to be disfigured with slightly spread wings, almost parallel.

Cultivation –
The Acer monspessulanum is a species that grows well in dry and rocky soils; it is cultivated mainly in parks and gardens as an ornamental plant for changing the color of the foliage: yellow-green in spring, red in autumn; also used for hedges.

Uses and Traditions –
The lesser maple is a species appreciated in the ornamental field and diffused in the parks and gardens of the Mediterranean area.
As with the other maples the bark of the twigs and buds, which possess the same medicinal properties: astringent, refreshing, anti-diarrhea, anti-inflammatory, healing of the liver can be used; for external use the decoctions of bark are used which are used to revitalize reddened and fragile skin and to cure erythema.
The wood of this species, particularly tenacious and durable, was used for agricultural tools and rifle butts; it is also an excellent fuel.
The active ingredients are mainly contained in the bark not yet suberificato of young twigs and are made up of: tannins, phytosterols, allantoin, choline.

Preparation Mode –
From the lesser maple it is possible to prepare a decoction for internal use. For the preparation, roughly chop 30-35 g of dried maple bark, pour into a liter of cold water and bring to a boil, after 15-20 minutes from the beginning of boiling, remove from the heat, allow to stand for 5- 7 minutes, then strain and filter. They take two to three cups a day, if the taste is too unpleasant, sweeten with a little honey from Acacia or Chestnut.
A powder can also be prepared; in this case, crush in a mortar, until a very fine powder is obtained, the desired quantity of dried and chopped maple bark. Store in closed glass jars with a screw cap, take 2-4 g per day, divided into two times, in a host, or mixed with honey or jam, or dissolved in a hot herbal tea chosen as desired.
Another preparation may be that of medicinal wine. In a liter of good dry white wine, 20-25 g of dried and chopped maple bark are left to macerate, after 7-8 days filter and store in a cool place. The recommended dose is 1-2 glasses taken after the main meals.
Finally the decoction for external use; in this case boil in a liter abundant water, 50-60 g of dried and shredded maple bark, after twenty minutes, remove from heat, allow to cool and then filter. Use the decoction so prepared for washing, wrapping and applications.