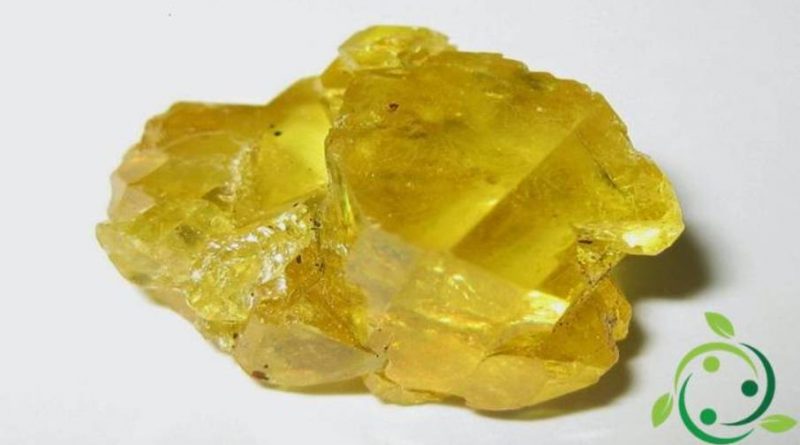 Role of sulfur in plants

Sulfur (S) is a fundamental element for the biology of plants as it enters the constitution of many amino acids (such as cystine and methionine), and therefore of all proteins and some very important enzymes and vitamins. This element is present in soils in the elementary state or in combination with other compounds, especially in the form of sulfides and sulfates and also linked to the organic substance. Sulfur can also come from the atmosphere by natural means (volcanic eruptions, bacterial processes, water evaporation, organic decomposition, etc.) or anthropogenic (industrial processes with the introduction of SO2 and H2S, all of these substances return to the soil directly or reacting with the rain, in the form of sulfur compounds The roots absorb sulfur mainly as sulfate ion The presence of sulfur in the soil affects moreover with indirect effects on the plants with the improvement of the chemical-physical characteristics of the soil, of the fertility of this, the reduction of the pH, the stimulation of the absorption of nitrogen and phosphorus, the better absorption of the other elements and the prevention of their possible shortcomings.The form from which the great part of the sulfur for the nutrition of the plants comes is the organic one This is around 50-80% of the total sulfur endowment of the soil, so that it can be absorbed by plants be transformed into soluble and assimilable forms; this process is possible thanks to some bacteria (sulphobacteria) which oxidize it with the formation of inorganic salts such as sulphites and sulphates.

In the most asphyxiated soils and therefore with oxygen deficiency from the degradation of the organic substance, hydrogen sulfide (H2S) forms which, however, once the soil is aerated, it is readily oxidized by other bacteria and made available for plants. Sulfur oxidation does not interfere with the soil pH, as the sulfates that are formed are almost immediately absorbed by plants or, if in excess, eliminated by percolation waters. On the other hand, if the sulfur is artificially introduced (in agronomic practices) this can lead to sudden acidification with even serious changes to soil biochemistry. When you want to lower the pH of alkaline soils you can resort to sulfur inputs, in quantities justified by preventive chemical analysis of the soil. In this way the following actions are obtained:
– acidification of the soil;
– activation of sulfur-oxidizing bacteria, with production of sulfuric acid, decrease in pH and consequent flocculation of colloidal substances that improve the structure of the soil;
– solubilization of insoluble phosphates (tricalcium phosphate) in forms similar to plants, such as mono and bicalcic phosphates) from sulfuric acid which has formed from sulfur oxidation;
– solubilization of some microelements such as copper (Cu), zinc (Zn), molybdenum (Mo) and chromium (Cr) which form sulfates that can be assimilated by plants.
When, on the other hand, anaerobic conditions (asphyxial soils) occur, there is a sulfuric reduction due to sulphate-reducing bacteria with worsening of the soil conditions, which can be summarized as follows:
– negative and toxic interference of hydrogen sulphide formed both on microbial flora and on plants with inhibition of radical absorption and rotting;
– reduction of the quantity of iron (Fe) assimilable, with the formation of iron sulphide, which must return to a sulfur-oxidation process to return to the circulation;
– alkalization of the soil for the formation of alkaline calcium and sodium bases by the hydrolysable sulfides.
Finally, sulfur also has a fungicidal action, especially against powdery mildew. In fact, in contact with plant cells or fungal causes a lowering of the general energy level. However, the sulfur inputs for the treatment of fungal diseases must however be adequate, in order not to negatively affect the populations of useful micetes of plants that collaborate in the radical absorption of nutrients.