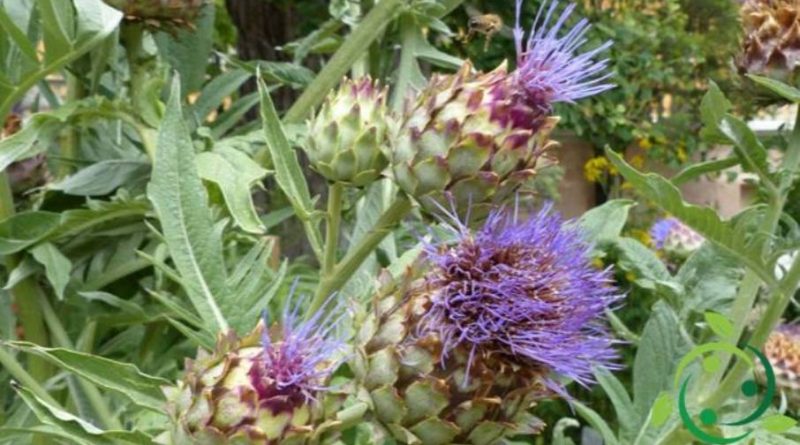 How to grow the thistle in a biological way

The thistle (Cynara cardunculus L.) is a species of plant belonging to the Asteraceae family of Mediterranean origin; in this sheet we will see how to cultivate the thistle in a biological way and the most useful suggestions.
We start from the time of sowing; this must be done in May in order to let the plant vegetate with the summer heat and to be able to harvest it just before the winter. In fact, the thistle is a plant that loves the heat of summer and fears instead the frost (the plant is damaged under -2 ° C). As for the soil is a plant that adapts to many substrates as long as they are well endowed in organic matter (mature manure, compost, earthworm humus) but must not come into contact with nitric nitrogen, very widespread practice that even if it increases the vegetative state of the plant creates a series of environmental and food problems to be avoided at all costs. In addition, the soil must always maintain a good humidity.

As far as sowing is concerned, the thistle can be sown directly at home, making the postarellas about 80 cm apart from each other, placing three seeds for each and placing them at a shallow depth. Or you can prepare a seedbed with transplant always between late April and mid-June. Since the initial growth of the thistles is slow, mulching with vegetable straw can be used to avoid the shredding of the soil frequently to prevent weeds gaining the upper hand; moreover, this system requires a smaller quantity of water. After this first phase, arrived in full summer, the thistles develop intensely and can reach almost a meter and a half in height. Recall that the thistle requires little water in the initial phase, but the soil must never dry up (here is the usefulness of mulching); however, from the month of the end of August it is advisable to increase the quantity of irrigation water.
If we then work the technique of bleaching, improving the quality of the vegetable obtained that otherwise would be hard and quite bitter, depriving the plant of light we get a more tender, meaty and tasty vegetable. This technique starts at the end of October: the plant of the thistle should be tied with a first tying that is about 40 cm in height; after about ten days you can tie the leaves higher up, leaving only the center of the plant free. when the first colds arrive, the thistles must be removed from the vegetable garden. At this point the real phase of bleaching ends, which can occur with different techniques; through the bleaching in the pit. With this technique a pit of a depth meter is excavated in which the thistles are placed vertically and with a small portion of root at the base; at this point it is then covered with straw; with the bleaching in the open field. This technique, which can be used only in the milder southern climates, where there is no danger of frosts, consists in leaving the thistles in the garden, bending them and covering them with sheets; with the technique of Cardo humps. This consists in bending the plants to the side, partially removing them from the ground and then covering them with earth leaving only the top out; in this case the plant continues its growth bending; and finally the bleaching in the cell, where the thistle plants are put into whole cold rooms. However, the thistles collect before winter, so that the frosts do not have time to ruin the plant. Obviously, if the bleaching is carried out, the thistle remains a winter vegetable, excellent because it is grown in a period in which it does not interfere with other crops in the gardens.
Among the adversities, even if the thistle is a very rustic plant, we remember mice or voles that nibble their roots, especially in autumn, and black aphids (the latter proliferate much less if we avoid fertilizations with nitric nitrogen. Gobbo del Monferrato, giant thistle unarmed, Cardo di Asti or Bianco Ivory, giant Cardo di Romagna, Cardo di Bologna, Cardo di Chieri, Cardo Mariano and, obviously, the wild thistle.