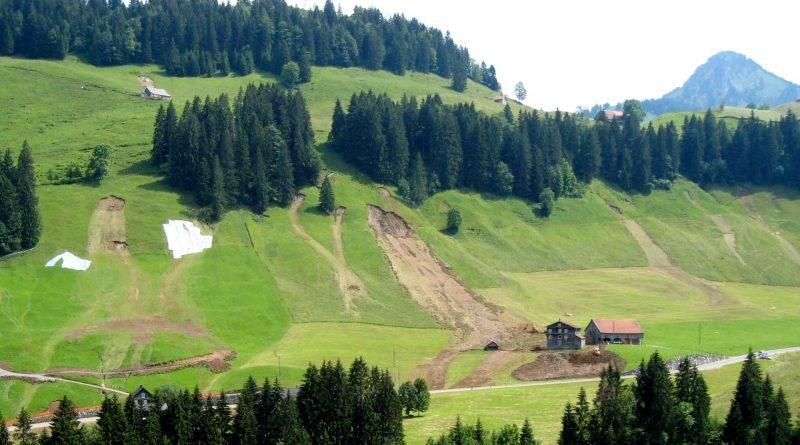 That “modern” agriculture should sooner or later come to grips has been known for years now, but few can imagine that among the costs to be added there are those due to the negative effects of the removal of land.
For thousands of years the treatment of stony soils was limited simply to the removal of larger stones and then to the creation of dry stone walls or other construction material. Operations that in fact had not affected the agricultural landscape and above all the structure and consistency of our soils and the biodiversity linked to the rocky areas.
Unfortunately, starting from the last decades of the last century, the manual peeling has been replaced by mechanized techniques that are more and more effective and impactful and which has been given the name of “stone removal”. It seemed a conquest of modernity.

In this way the natural pastures have often been transformed into specialized crops or forage crops; technique favored by a regulatory vacuum that often allowed the stone removal even on totally rocky or steep terrain, where its agronomic usefulness was predictably little or nothing. In a few years, on many areas of the national territory, the environmental impact caused by years of rock formation has been extremely devastating. In addition to the serious damage to biodiversity, the serious changes in our landscape are evident, which has lost its centuries-old identity, made of dry stone walls, cisterns and typical artefacts, often transforming into expanses of angular pebbles and large blocks clusters limestone, on the borders of the plots.
To the devastation of the agricultural landscape and the loss of biodiversity is added, as if to say beyond the insult damage, the risk of erosion to which the ruthless soils are subjected. From many pedological studies and experiences in the field plan, it is clear that the structural characteristics of “spietrated and ground” soils worsen.
In these soils the percentage of organic matter decreases very rapidly and the inert fine particles increase; in this situation, especially after intense rains and moderate slopes, part of these soils slides along the slopes, going to accumulate in the valleys, often in correspondence with anthropic works. Moreover, these earth movements increase when, in addition to the spietramenti, the subsequent plowing are made to rittochino (made with grooves parallel to the slope) and when the presence of many cereal crops (which protect less from the wind) that cover the ground for a few months a year it accentuates the tendency of sites spying on the loss of soil, especially in the presence of wind and more violent weather events.
But the negative effects of soil separation are also due to the increase in water stagnation (due to a decrease in drainage systems) with an increase in the subsequent solid transport, flood downstream phenomena, soil erosion, increase in fungal diseases, aggravation. of business costs and social and environmental costs that can no longer be delegated only to unacceptable civil protection.
Totally innovative environmental and ecological prevention policies are urgent.