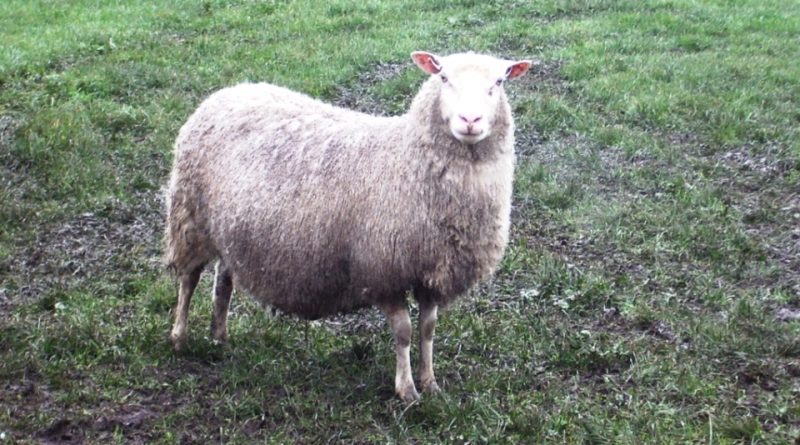 The Finn sheep breed is a sheep (Ovis aries Linnaeus, 1758) originally from Finland with a main aptitude for meat production.

Geographic and Area Distribution –
The Finn sheep breed is a sheep originally from Finland and raised in this country and exported to others such as North America and Australia.
It is also bred in Denmark, Norway and Sweden.
Among other countries it is also bred in Italy but it does not always adapt well to different environmental conditions.

Origins and History –
The Finn is a sheep breed, originally from Finland which, according to some scholars, is a very ancient breed descended from the mouflon; according to others, it is a close relative of other short-tailed breeds of Scandinavian area sheep.
It is one of the many short-tailed sheep breeds in Northern Europe, which also includes Shetland, Icelandic, Romanov, Spaelsau, and many other breeds, and is known for its high incidence of multiple births – it is common for a sheep to have three, four or even five lambs at the same time.
This breed was first brought to North America in 1966 from the University of Manitoba, California. A few years later it was spread to the United States by enthusiasts hoping to improve maternal qualities in commercial flocks. In 1971, the Finnsheep Breeders Association was formed, providing herders with a standard of documentation to maintain and improve the integrity of the breed.
In the United States, there are currently two recognized registries in the United States for Finnsheep: the FBA (Finnsheep Breeders Association) and the IFR (International Finnsheep Registry).
Subsequently the breed was brought to Australia with two main imports: from the University of NSW in 1981 and from the Australian Texel Corporation in 1993. Since then, significant breeding efforts have been undertaken to develop the strain to be more suitable for the climate. Australian. Lamb size and survival rates increased. Typical litter sizes are three or four lambs. The further improvement of maternity, milk production and robustness of beautiful paddock farms are the primary objectives of the breeding program.
The breed has also been used extensively for crossbreeding to produce sheep with various desirable characteristics, but notably thinness, better wool production and better fertility and fecundity (more lambs) and excellent production capacity.

Morphology –
The Finn sheep breed is characterized by a variability of fleece colors similar to that of Shetland and Icelandic sheep.
The white color is genetically dominant and is the most common color. Black and black spotted (spotted) sheep are also quite common, while brown, gray, and tawny Finnish sheep are very rare in the United States.
White ends of the legs, tip of the tail, white crown or facial markings, including the panda pattern, are also common in colored sheep.
Australian Finn is universally white; wool has superior length, softness, better radius of curvature. In Australia, the quality and length of wool has greatly improved to the point that there are now sheep that can be shorn twice a year and whose advantageous characteristics of wool have been largely incorporated into Merinos.
Despite the morphological characteristics, the rams reach sexual maturity at 4-5 months, while the females are ready to give birth at one year of life.
The average weight of adults is 75-90 kg in males and 65-85 kg in females.

Productive attitude –
The Finn sheep breed is a sheep for the production of meat but improved in some countries also for the production of wool.
Although not a large sheep, Finn produces lean, succulent meat with a mild and delicate flavor, even as an adult.
It is a breed with an excellent maternal aptitude and abundant milk production.
It is a very precocious breed. Much appreciated for its very high prolificacy; in fact, the three and quadruplets deliveries are very frequent. Although these deliveries are more common there have been litters born with up to seven viable lambs.
It is often included in selective programs with the aim of raising the prolificacy rate.
An important feature of this breed is their thin, wrinkle-free skin and bare breech. Their skins produce better quality wool.
The Australian breed (and in particular the crossbreeds) are extraordinarily lean and have contributed greatly to improving the leanness of the first and second cross lambs. They are also more resistant to intestinal parasites than many other breeds and to a number of other problems such as toxemia during pregnancy (“twin lamb disease”), coccidiosis and facial eczema.
In Australia, the cross between Finn and Merinos is also common; other numerically important crossings are Finn-Dorsets and Finn-Texels.
This breed has contributed to a significant improvement in the average productivity of farms in Australia.
Lambs are often small at birth, but they are vigorous at birth and grow well. However, they mature early and can be mated at six months of age. Sheep commonly breed out of season and some can give birth twice in a year.
Finnish sheep mature early and are known for their fertility. Rams can be raised between four and eight months of age and sheep are expected to lamb at twelve months with more lambs.