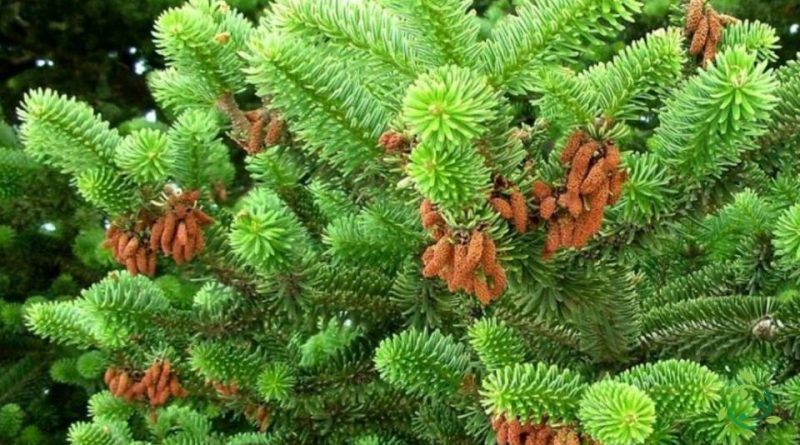 Reproduction of the Grecian Fir

The Grecian Fir (Abies cephalonica Loudon, 1838) is a tree of the Pinaceae family.

Suitable breeding habitat –
Abies cephalonica is a plant that grows in the southern regions of the Balkan Peninsula.
This tree is native to southern Greece and its islands, where it is present in spontaneous formations between 700 and 1600 m s.l.m. but it is widespread in many European regions where it has been used in reforestation and for ornamental purposes.
The plant prefers calcareous and well-drained mountain soils, at altitudes between 700 and 1,700 m, of Greece (Peloponnese, Kefalonia, Euboea, Epirus, Central Greece, Macedonia), forming pure woods or in association with species of the genus Quercus, or with Fagus orientalis, Castanea sativa and Pinus nigra. The preferred environments of Abies cephalonica are very similar to those that the silver fir occupies in its range, often combining with it and giving life to a hybrid, Abies × borisii-regis. The preferred climatic conditions are those of the Mediterranean climate, with annual rainfall between 750 and 1,500 mm, and extremes of -25 ° C.

Propagation –
In order to be cultivated, the Grecian Fir prefers pedolimatic conditions similar to the natural growth areas and prefers a good moist soil but not impregnated with water; it also grows well in heavy clay soils.
Slightly acidic soils must be chosen, up to a pH of about 5, but it also succeeds in fairly calcareous soils with a pH up to 8; it should also be grown on a north-facing slope.
Plants are very shade tolerant, but growth is slower in dense shade. It is also intolerant to air pollution.
Multiplication can be done by seed at the end of winter in a greenhouse or outdoors in early spring. Generally germination is often poor, usually taking about 6 – 8 weeks.
According to some authors, stratification produces a more uniform germination, therefore it is advisable to sow the seed in a cold seedbed as soon as it is ripe in autumn.
Remember that the seed remains viable for up to 5 years if it is well preserved.
Once germinated, the young plants should be placed in individual pots, when they are already manageable. At this point it is advisable to grow them at least for their first winter in pots. The transplant must then be carried out in late spring or early summer, after the last foreseen frosts.
Alternatively, if you have enough seed, you can sow in a seedbed outdoors.

Ecology –
The Grecian Fir is a medium-sized conifer closely related to the Abies borisii-regis. It has a sparse but limited distribution in the mountainous areas of Greece and Macedonia.
Young plants are used as Christmas trees, but otherwise their use is limited.
The Grecian Fir at altitudes between 400 – 1800 m. It is resistant to drought and insect attacks.
Although there has been a conspicuous reduction of the population in the last 50 years, due to forest fires, the vastness of the range and its numerous presence in the localities of its occupation, lead to the classification of the Kefalonia fir as a species not endangered. extinction in the IUCN Red List.