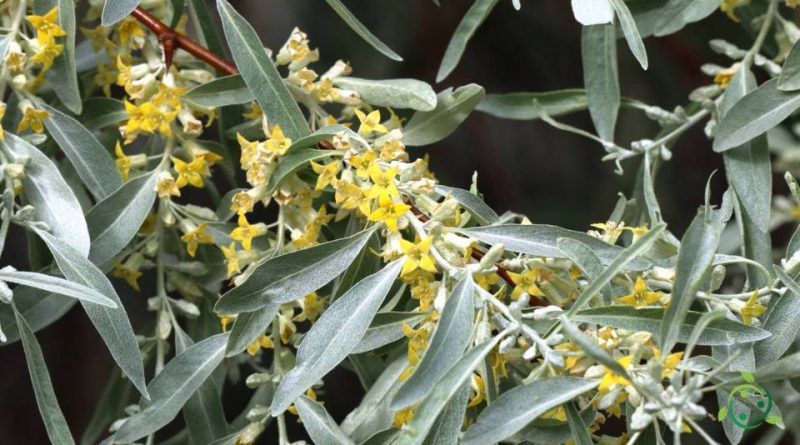 How the Russian olive is grown

The Russian olive (Elaeagnus angustifolia L.) is a tree of the Elaeagnaceae family native to western Asia (up to Afghanistan) and introduced in Europe in the seventeenth century, it is now widely used as an ornamental plant.
This plant has single flowers, in pairs or in three, axillary, provided with a peduncle, with a tubular calyx ending in a 4-toothed, dirty yellow flap, up to 8 mm long.
Flowering occurs in spring, and is capable of attracting various species of insects.
The fruit (pseudodrupa) is similar to an olive, yellowish, up to 2 cm long, edible although not very juicy.

Cultivation –
Russian olive is a very simple plant to grow, as after being planted, it only needs very little care.
It is in fact a very rustic and cold resistant plant.
From the pedological point of view, it prefers a draining soil, and does not need very abundant watering. Rainwater is often sufficient for its survival.
Irrigation should be carried out only in the early days to favor the rooting and at the limit only when there are particularly dry seasons during the hottest periods, but even during the summer it is sufficient to give it water only once a week.

Elaeagnus angustifolia prefers sunny locations, grows well even in partial shade, and is not afraid of the wind or the harshest winters, although it may dry out following a frost.
This plant also grows well in coastal areas, because it does not fear saltiness. It does not need particular fertilization if not in the planting phase in which we recommend adding mature manure or earthworm humus in the hole that will be prepared to host the young plant.
For pruning it is advisable to remove only the damaged or dried branches, letting the plant grow according to its natural tendency.
If desired, Elaeagnus angustifolia can also be grown in large pots, taking care to prune it and then place it in a sunny position.

Uses –
Russian olive is a tree used as an ornamental, in particular along the coasts, where it shows to adapt well to salty winds.
From an ecological point of view, it is a plant that can be very useful in agroecological farms to increase the pollination of insect species.