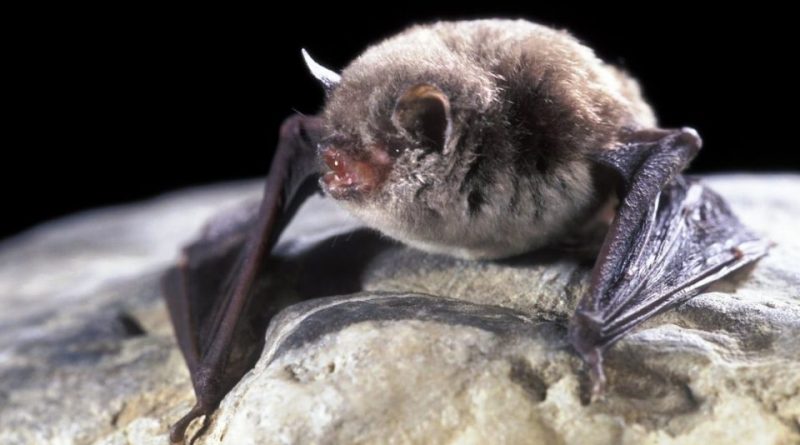 The Long-fingered bat (Myotis capaccinii Bonaparte, 1837) is a bat belonging to the Vespertilionidae family.

Geographic Distribution and Habitat –
The Myotis capaccinii is a bat widespread in the Palearctic Ecozone and in particular in southern Europe; is present in Spain, the Balearic Islands, France, Slovenia, Croatia, Bosnia and Herzegovina, Montenegro, Serbia, Macedonia, Albania, Greece, Bulgaria, southern Romania, the islands of Corsica, and Crete, the southern coasts of Anatolia, Syria, Lebanon , Northern Israel to southeastern Iraq and western Iran. In Africa it is present along the Mediterranean coasts of north-eastern Morocco and Algeria and in northern Tunisia. In Italy it is present in the south-western, north-eastern part, all the central and southern regions except Calabria and the extreme southern part of Puglia, Sardinia and Sicily.
Its habitat is that of woods and scrubs in karst and alluvial environments near rivers, mountain streams, lakes and lagoons up to 1,000 meters above sea level. 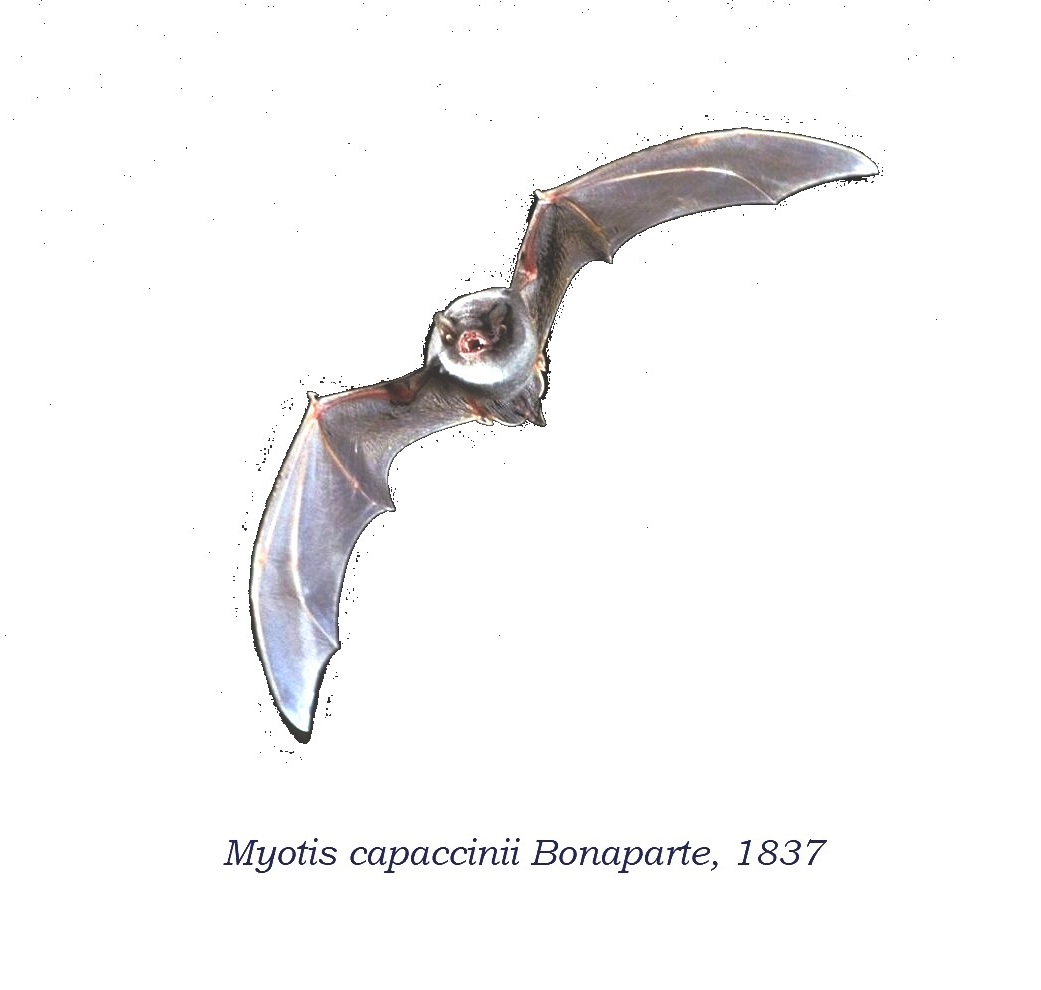 Description –
The Myotis capaccinii is a small bat with an average head-body length of 47-54 mm, forearm length of 38 – 44 mm, tail length of 35 – 45 mm, foot length of 12 – 15 mm, ears of 14 – 17 mm and with a wingspan of up to 26 cm and a weight of up to 10 g.
This bat is recognized for having a short, soft, dense and silky fur, with light gray-brownish dorsal parts, while the ventral parts vary from white to yellowish, clearly demarcated from the upper ones, particularly between the ears and along the shoulders.
However, the base of the hair is always brownish-black in color.
The muzzle is hairless, pinkish-brown or dark gray in color and with prominent nostrils.
The ears have normal size, are grayish-brown in color and with a superficial hollow on the rear edge.
The tragus is about half the size of the auricle, curved and with a rounded tip.
The wings have a brown-greyish color and are attached to the rear on the ankles.
The feet are large, about the length of the tibia, with the toes covered with long hair and equipped with long claws.
The limestone is long and straight, with a poorly developed or absent terminal lobe.
The tip of the tail extends slightly beyond the large uropathage, which is grayish-brown in color and densely covered with brownish hair, particularly at the base and along the lower limbs, which are also covered.
This species emits high duty cycle ultrasounds in the form of intermediate duration pulses with an initial modulated frequency of 85-90 kHz, final of 32 kHz and maximum energy at 28-35 kHz.

Biology –
Long-fingered bat is a species that gives birth to only one young at a time. The period is the one that fluctuates, depending on the area, between April and June after two months of gestation.
Nurseries are made up of groups sometimes exceeding 500 females who can share cavities with individuals of other species.
The young begin to fly after a period of about 3-4 weeks.

Ecological Role –
This species is closely linked to water and is considered typically troglophile in southern Europe, linked both to breeding colonies and to winter shelters in artificial caves or quarries. In some cases it also frequents structures built by man, as long as they are very quiet and close to the feeding habitats. Individuals gather in clusters hanging from walls or vaults, or hide in cracks in winter.
The hibernation period is from October to April. At various times in the annual cycle they can share shelters with other species.
The species is considered sedentary, usually the displacements do not exceed ten km, although displacements of up to a hundred km have been recorded.
Predatory activity begins after sunset before the dead of night. The flight is fast, agile with frequent changes of direction and floating.
This bat feeds on insects, particularly Trichoptera, Neuroptera, Chironomidae, Culicidae and sometimes even on fry of fish caught just above or just below water surfaces.
As for its conservation status, according to the IUCN Red List, considering the decline of about 30% of the population expected in the next 15 years due to the disturbance caused in the shelters, the pollution of the water where it feeds and the degradation of the its habitat also due to tourism, classifies M.capaccinii as a vulnerable species (VU).