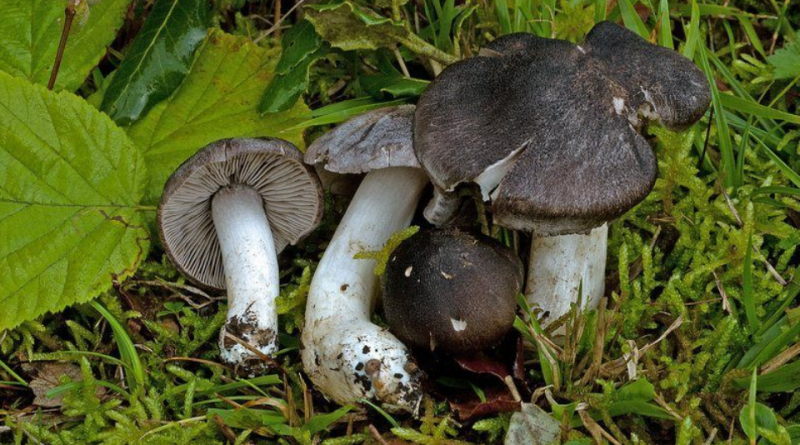 Systematics –
From the systematic point of view it belongs to the Eukaryota Domain, Fungi Kingdom, Basidiomycota Division, Basidiomycetes Class, Order Agaricales, Tricholomataceae Family and therefore to the Tricholoma Genus and to the T. portento Sum Species.

Etymology –
The term Tricholoma comes from the Greek ϑρίξ, τριχóϛ thríx, trichόs hair, hair, braid and from λῶμα loma edge: with down along the hem. The specific epithet atrosquamosum comes from the Latin ater, dark and squamosus, scaly: for the decoration of the hat.

Geographical Distribution and Habitat –
This moretta grows in broad-leaved forests, especially beech, but also in conifers, in a Mediterranean environment. It is found in the autumn – winter period. 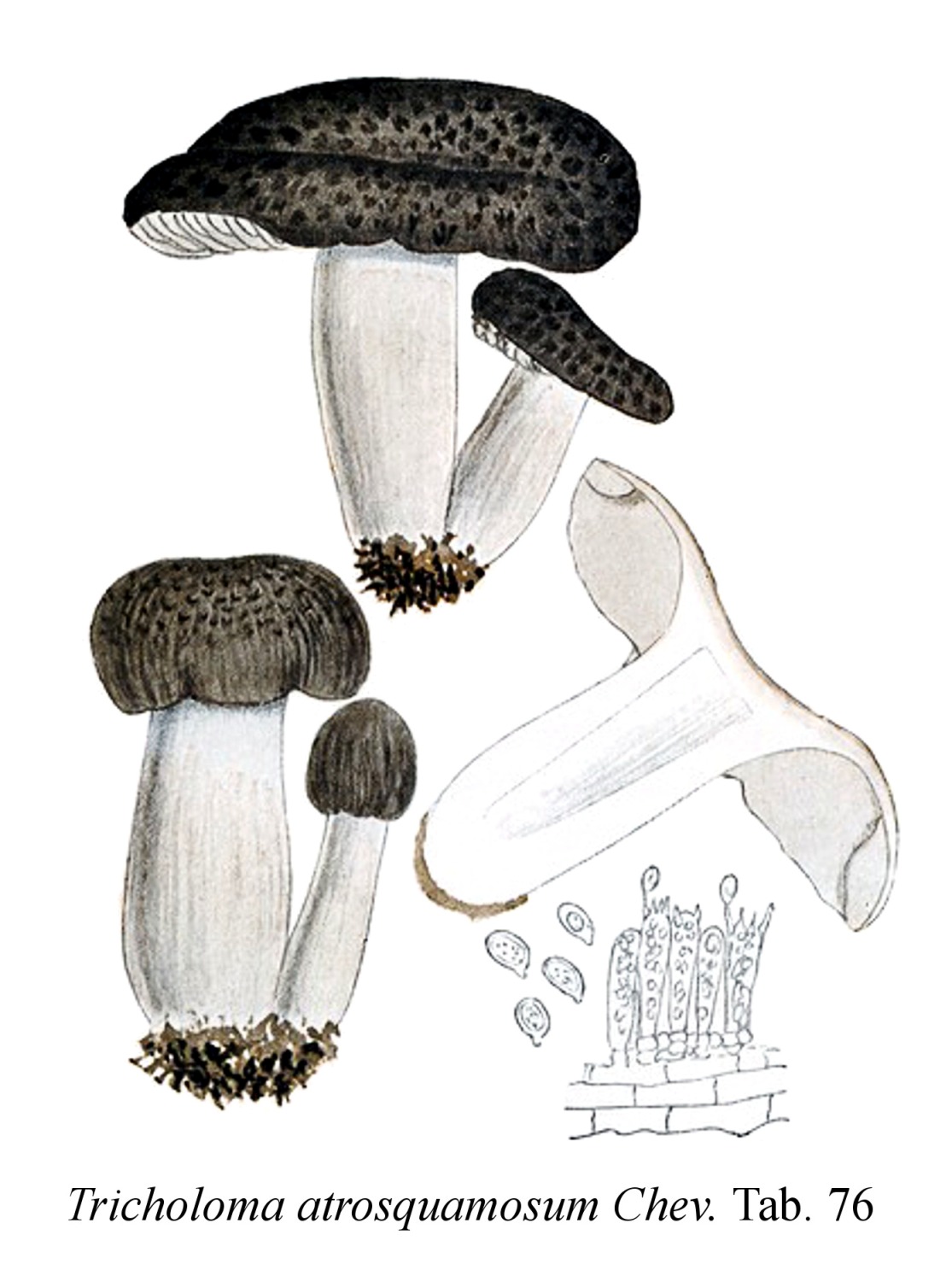 Recognition –
This mushroom is recognized by the size of the cap which can reach 10 cm in diameter, umbonate, with a felted margin and convoluted especially in young specimens, first hemispherical, then convex, finally flattened.
The cuticle, separable, is dissociated in small grayish blackish scales, rather dense, on a light background.
The stem measures 4-7 x 0.7-1.5 cm, from dirty white to brownish, sometimes lighter at the base; decorated with fibrils; cylindrical or slightly swollen at the base; cable.
It has fringed lamellae, quite thick, wide, initially clear, then gray, with a darker edge.
The meat is fibrous, light gray at the base of the stem, whitish elsewhere, with a pleasant and mild fungal taste and a smell of pepper.
At the microscope we can observe elliptic spores, white in mass, of 5.5-8 x 3.5-5.4 µm.

Cultivation –
Tricholoma atrosquamosum is not a cultivated mushroom.

Uses and Traditions –
This species belongs to the group of “morette” characterized by small or medium size and hat with fibrillose-woolly or felted cuticle, predominantly gray-brownish in color.
Be careful, however, not to confuse it with Tricholoma pardinum, poisonous, much more massive and with a slight smell of flour.
However, Tricholoma atrosquamosum is an edible mushroom with a typical pepper fragrance.

Preparation Mode –
This brunette, like others, obviously needs to be carefully cleaned to be consumed. It is good to know that due to its tenderness the mushroom must be cooked in such a way as not to ruin its consistency excessively. This is why classical boiling is particularly suitable, so as to let the water penetrate well into the meat. For those who want to discover new tastes and combinations, the moretta mushroom can still be prepared and cooked according to other traditional methods already used for other types of mushrooms. In general, almost all the mushrooms are suitable for preparation in a pan, including the brunette, provided that this has been first of all cleaned properly (as above) and passed to a preventive boiling. The boiling technique, in fact, is recommended regardless of the way in which the mushroom will be cooked definitively.
Moreover, once collected, if it is not intended to consume it immediately, it can be kept as long as it is first subjected to thorough washing. At the end of cleaning it can be put in oil, so as to let its meat absorb a new flavor thanks to the oily aroma within which the mushroom will be preserved. Unlike other mushrooms, the moretta conservation is not at all difficult, as the specimens do not have large amounts of water contained in the tissues, provided that young mushrooms have been collected. The preservation of more mature mushrooms could be more difficult.