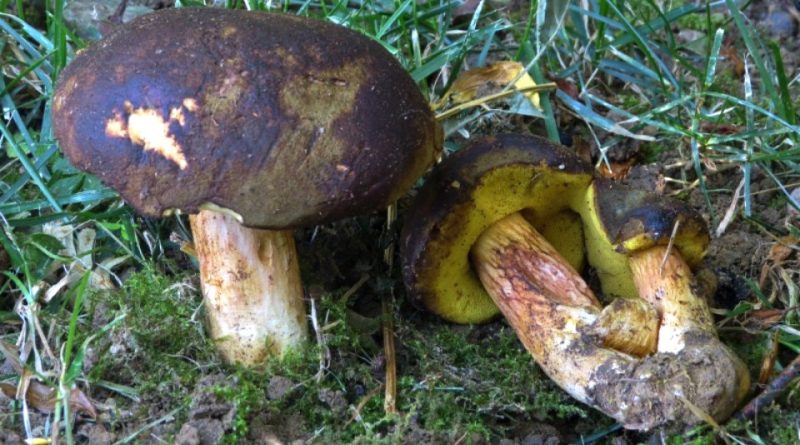 Systematics –
From the systematic point of view it belongs to the Eukaryota Domain, Kingdom Fungi, Basidiomycota Division, Class Agaricomycetes, Order Boletales, Family Boletaceae and then to the genus Boletus and to the species B. ferrugineus.
The terms are synonymous: Xerocomus ferrugineus (Schaeff.) Bon, Boletus spadiceus Fr. And Boletus lanatus Rostk.

Etymology –
The term Boletus is of controversial etymology: according to some authors it derives from the Greek βωλήτης bolétes, with which the Greeks called a kind of mushroom (from βωλος bólos with the meaning of gleba, clod, bush, because growing among the clods or bushy places); others instead believe that the meaning of βωλος is to be extended to the ball, since the hat of most mushrooms is globose; for other still it derives from Bolites, name with which the Romans indicated the best edible mushrooms, even if originally referring only to the ova (Amanita cesarea), but soon used to call in this way also the porcini mushrooms. The specific epithet ferrugineus comes from ferrum iron: ferrugine, brown-red, rust-colored.

Geographic Distribution and Habitat –
Boletus ferrugineus is a species that finds its habitat in fir forests and beech-woods. It is a fairly common fungus and its Mediterranean double is Xerocomus subtomentosus, from which it is easily distinguished by whitish and not yellow flesh, by the yellow basal mycelium, and by the decorations on the stem that simulate a pseudo-lattice. Fruits in summer – autumn. 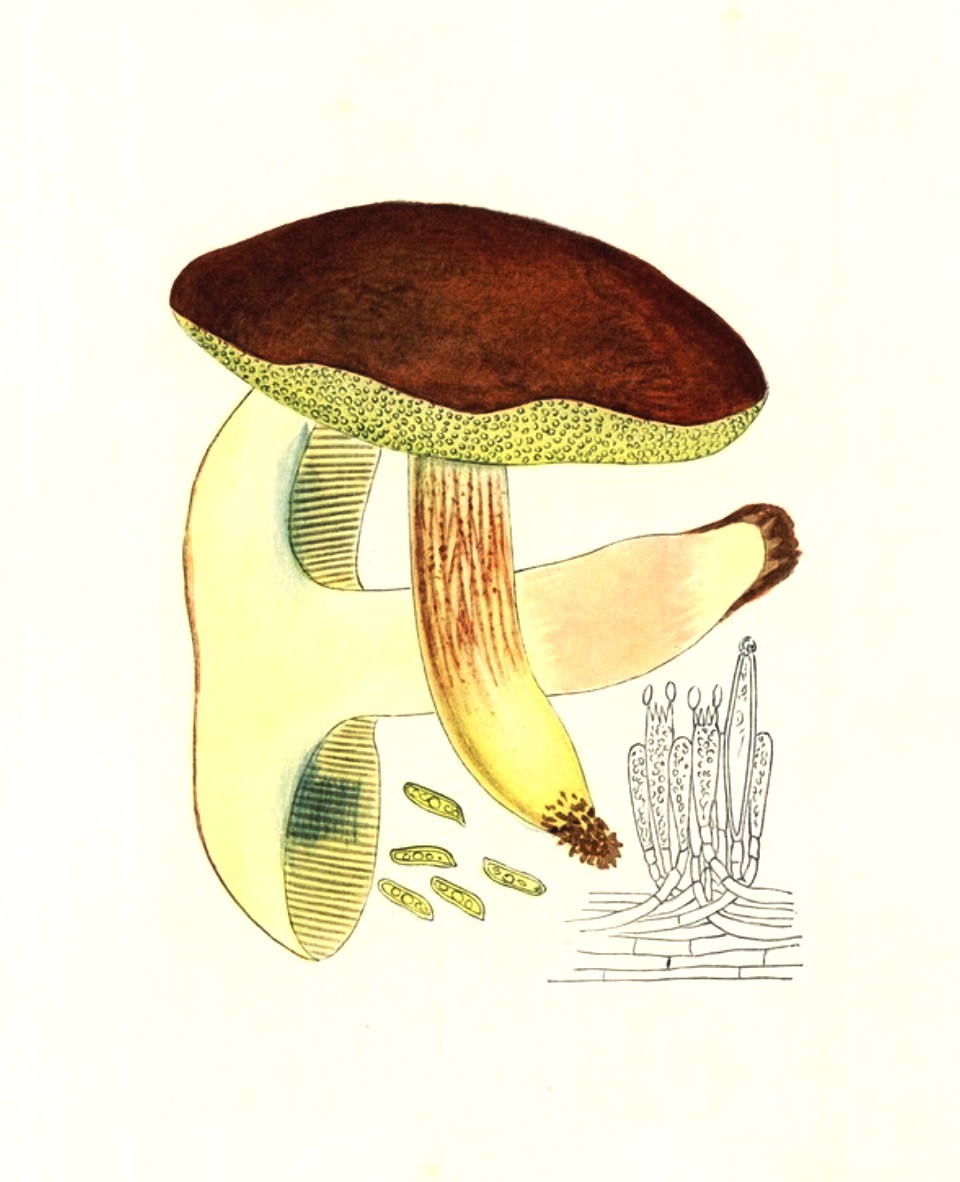 Recognition –
Boletus ferrugineus is recognized for having a hat of 6-25 cm in diameter, first convex and then open, with a brown-red cuticle a dark brown, cracked with dry weather, tomentose and opaque. The stem is 6-8 x 1-2 cm, cylindrical, ocher yellow color, with a red-colored reticle, more evident at the top, very elongated, which gives the stem an almost rugged appearance on the length. The tubules are slightly adnate, bright yellow, then darker, which turn blue to the touch. The pores are angular, yellow to orange, often with rust stains. The flesh is whitish in color, tending to yellow ocher in the lower part of the stem, red under the cuticle, more or less unchangeable.

Cultivation –
There is no mention of cultivation or attempts in this direction of this mushroom.

Uses and Traditions –
Boletus ferrugineus belongs to the edible mushrooms category. According to some it is a fungus of good edibility. For its consumption must be deprived of the coriaceous and non-digestible stalk, obviously the collection must be oriented only on young and healthy subjects; in mature specimens the spongy hat and the now flaccid meat, make them poor and lacking interest.
This fungus resembles Boletus subtomentosus, of which according to some authors it could be a variety.

Preparation Mode –
Boletus ferrugineus is a little bit of good edibility and besides being able to be prepared like the others it is very useful to give body to the mixed in absence of other valuable Boletus.