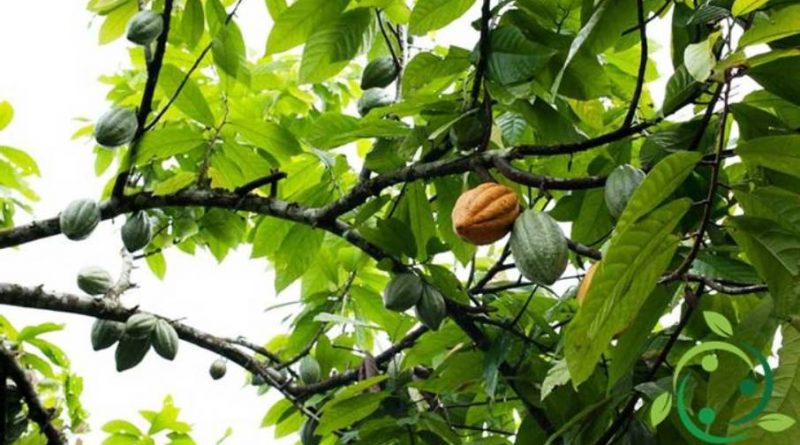 How to grow cocoa

Cocoa (Theobroma cacao L., 1753) is a plant native to South America whose first documents on its cultivation would date back to the Mayan people around 1000 BC.
Cocoa, being a plant with equatorial origins, grows at optimal temperatures between 18 and 32 ° C and in very humid areas.
If the temperature drops below 18 ° C, being the temperature too cold, the plant can dry out or die. The plant instead bears, even above 32 °, conditions of high humidity.
From the rainfall point of view, it is a plant that needs a very rich regime distributed over most of the year.
Climatic conditions with more than six months of drought can cause damage to roots and stem.
For this reason, the soil humidity must remain at values ​​ranging between 70% and 100%.
From a pedological point of view, the cocoa plant needs very fertile soils, with a good supply of organic matter and mineral salts, especially potassium, and with optimal drainage conditions; which allows the abundant rains to be washed out quickly.
From a pedological point of view, the soil must be of medium consistency with a balanced percentage of clay, sand and sufficient presence of skeleton; the pH value must tend to slightly acidic.
A salient feature for the good growth of the cocoa tree is that of brightness.

Cocoa is a plant that needs a lot of brightness but not direct; this is one of the reasons why this plant needs to be placed under the protection of plants, called mother plants, which filter the direct rays of the sun without excessively shading the plant.
From a vegetational point of view, the cocoa tree has two half-yearly flowering cycles, characterized by the presence of small white and pink flowers that cover the trunk and branches.
Once fertilized, the flowers will give life to the cocoa berry, better known as carbossa. It is important to know that the first cocoa fruiting occurs around 5/6 years after transplanting.
The cocoa berries reach full maturity after at least 6 months. At this point it will have reached an orange color and will be collected with great caution to avoid damaging the branches.
The peel is then cut into a cut and the beans placed inside it are removed to be toasted.
For the climatic and pedological needs of the Caco plant, this is cultivated where the hot and humid climate is suitable for the cultivation of cocoa trees. 70% of the world’s cocoa beans come from four West African countries: Ivory Coast, Ghana, Nigeria and Cameroon. Ivory Coast and Ghana are the two largest cocoa producers: together they produce more than half of the world’s cocoa. These two countries are followed by other cocoa-producing countries such as Indonesia, Nigeria, Cameroon, Brazil and Ecuador.
In other countries with a temperate climate, such as Italy, especially that of the south and islands, the cultivation of cocoa is possible, in a protected environment, where the same conditions typical of its territories of origin must be reproduced.