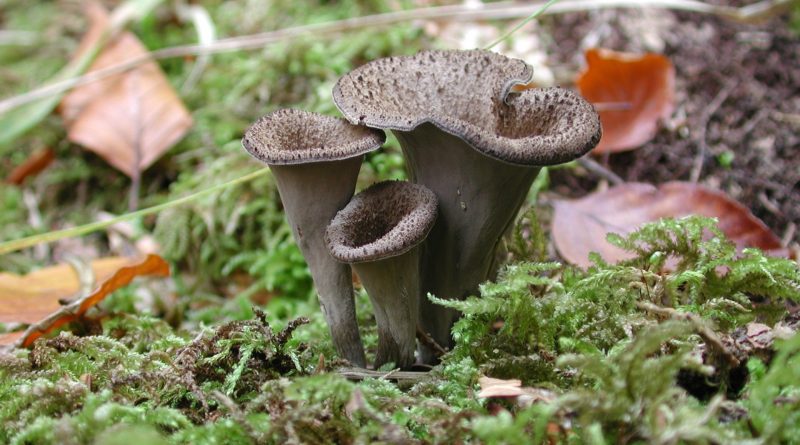 Systematics –
The trumpet of the dead, from a systematic point of view, belongs to the Eukaryota Domain, Kingdom Fungi, Basidiomycota Division, Basidiomycetes Class, Cantharellales Order, Family Cantharellaceae and then to the Genus Craterellus and to the C. Cornucopioides Species.

Geographic Distribution and Habitat –
Craterellus cornucopioides is a saprophytic mushroom that grows from late summer to late autumn. It can be found in groups sometimes very numerous and more rarely in single specimens. It grows on moist soils (preferably limestone) in forests and deciduous broad-leaved forests, more rarely conifers. It is a widespread species in Europe, North America, Japan and Korea. In Italy it is found in the Apennines and at low altitudes in the Alps. 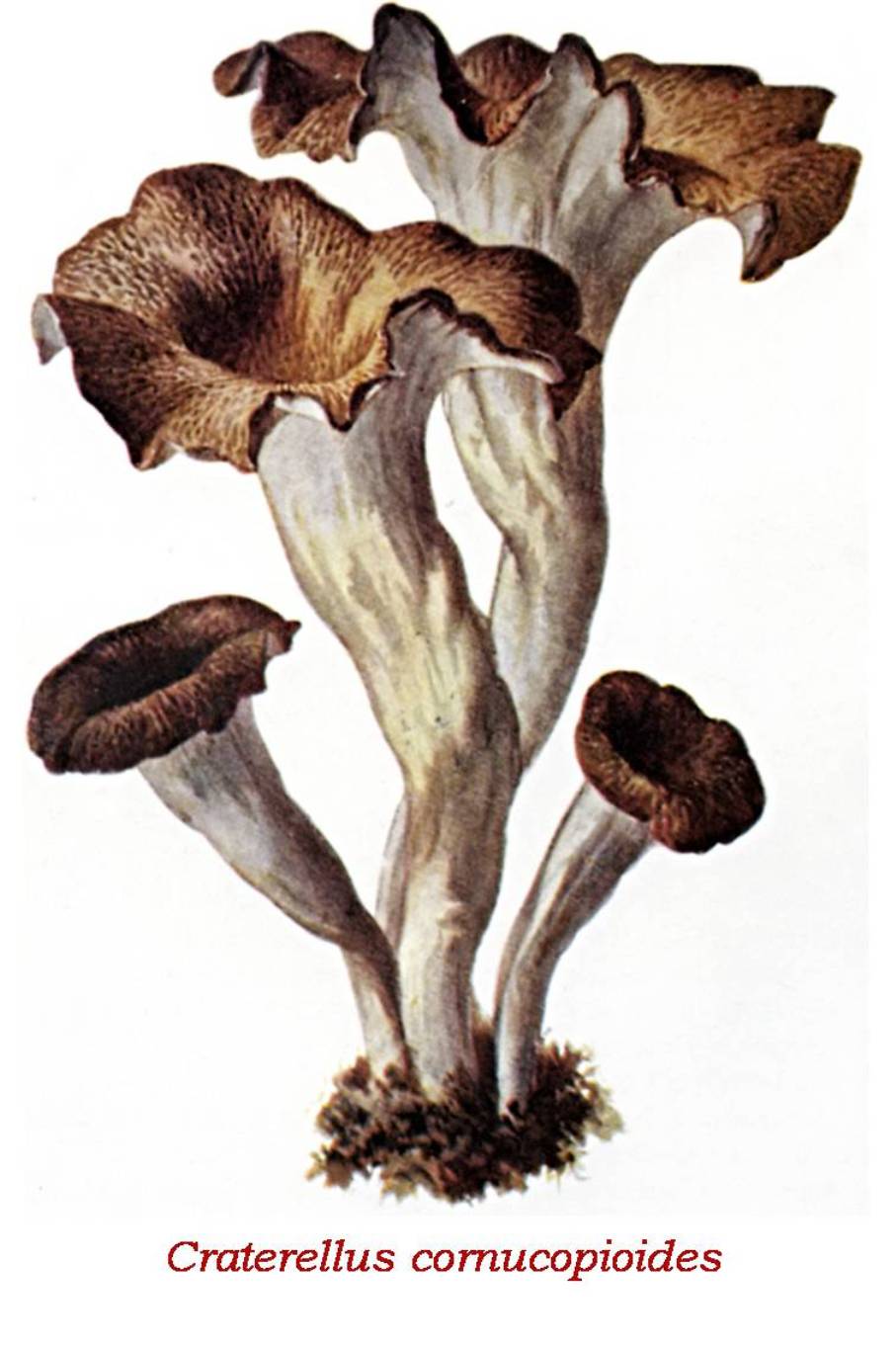 Description –
The trumpet of the dead has a trumpet-shaped hat, hollow up to the base of the stem, of a greyish brown color tending to black. The hymenum is ash gray, smooth in the young specimens and more wrinkled with age. It has a funnel-shaped stem, hollow and essentially consisting of the cortical layer that supports the entire corpore. The meat is thin and elastic, initially gray, and then immediately black, with a pleasant, fruity smell, which increases considerably in case of drying and with a characteristic, sweet and aromatic flavor.

Cultivation –
Craterellus cornucopioides is not a cultivated species; at least there was no bibliography of some cultivation or, attempt, on the matter.

Uses and Traditions –
This mushroom is however more appreciated in France than in Italy, where it is often ignored due to its unattractive appearance. It can be confused with the Cantharellus cinereus, which is also edible but gray in color, with Craterellus fallax and Craterellus konradii.

Preparation Mode –
The Craterellus cornucopioides is a fungus commonly described as excellent and used cooked in the early fresh pasta with butter, cream and parsley or in mushroom mixes, excellent in risottos and with game. It is a fungus that is well conserved for drying and for the preparation of mushroom powder which is used as a delicious seasoning. Remember the taste of the truffle and, in fact, it is used as a substitute for the latter.