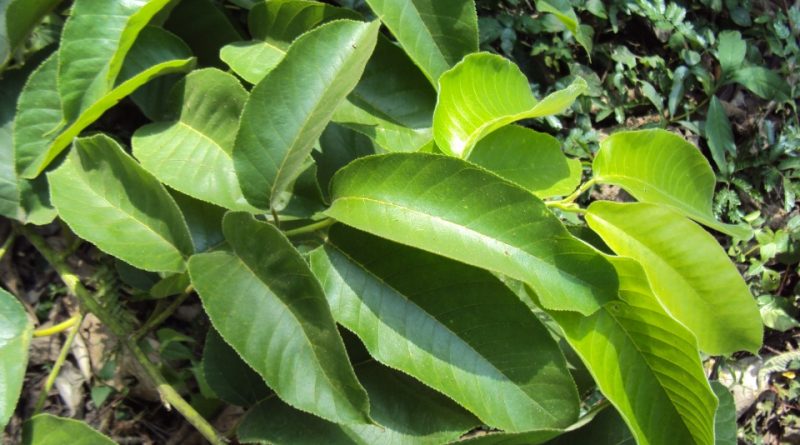 The rubber tree of Panama or Caucho (Castilla elastica Cerv.) Is an arboreal species belonging to the Moraceae family.

Etymology –
The term Castilla is uncertain, it should come from the Latin castellum, a diminutive of the term castrum, a fortification of Roman Iberia.
The elastic sepcific epithet is a term introduced by the Scottish botanist and surgeon William Roxburgh (1751-1815) in the work Hortus bengalensis (1814) to indicate the properties of natural rubber, extracted from Hevea brasiliensis, a plant also called ‘rubber tree’ , and used for other species.

Geographic Distribution and Habitat –
Castilla elastica is a tree native to the tropical areas of Mexico, Central America and northern South America.
Its habitat is that of the humid lowland forest of the humid tropics, where it is found at altitudes up to 500 meters. 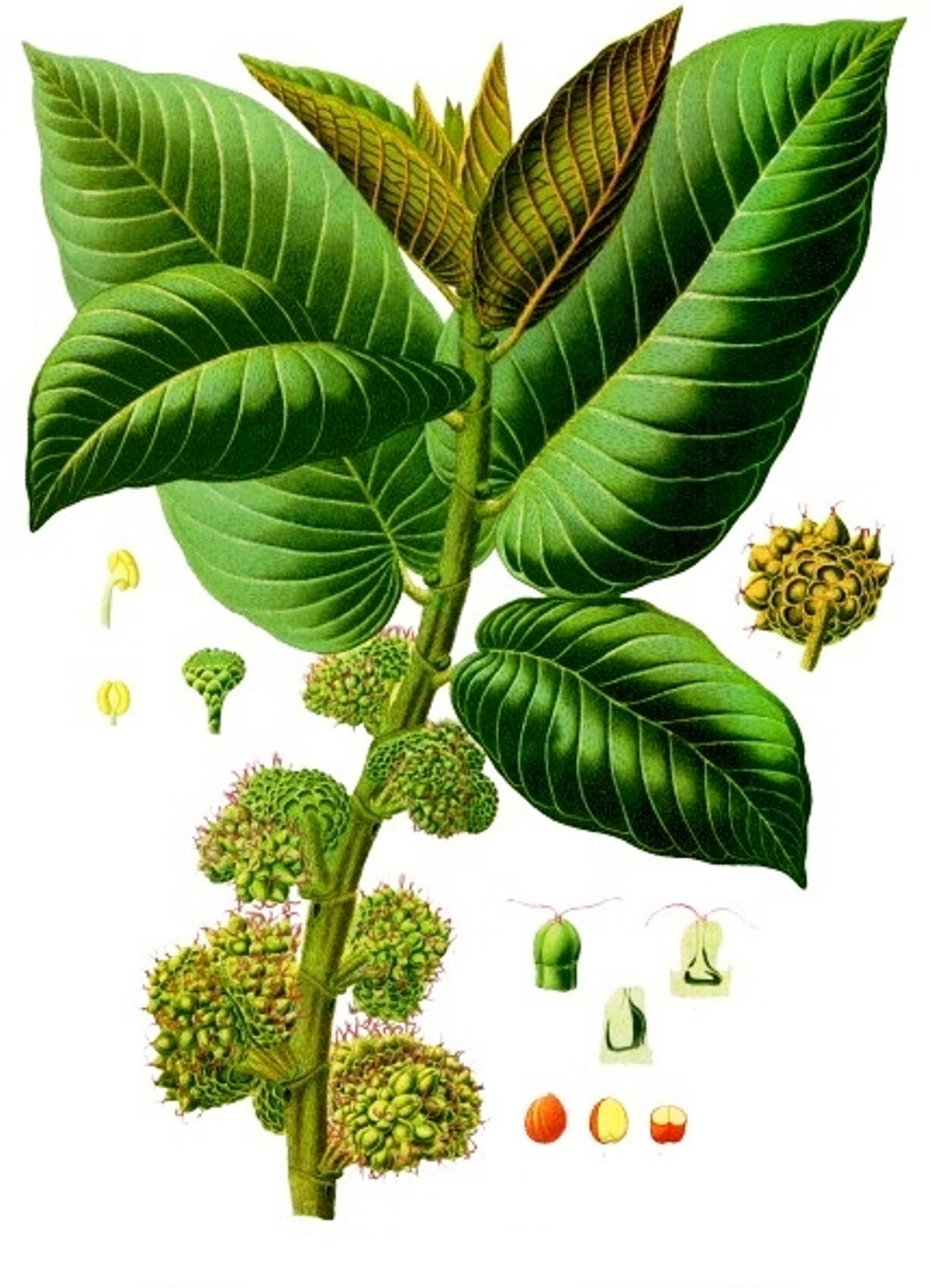 Description –
The Panama rubber tree is a deciduous to evergreen tree with a wide and widespread crown, which usually grows between 10 and 30 meters in height and which, exceptionally, can reach 60 meters.
It has a trunk that can have a diameter of 30 – 90 cm, with buttresses that form at the base of large branches.
The leaves are large, leathery, bright green and lanceolate ovate in shape.
Individual plants can produce only male (dioecious) flowers or can produce both male and female (monoecious) flowers.
Pollination is both entomophilous and anemophilous.
The fruit is succulent, has a sweetish taste, is ellipsoid in shape, reddish in color and has a diameter of about 4 cm.

Cultivation –
The Panama rubber tree is a plant that grows best in areas where annual daytime temperatures are between 23 and 30 ° C, but can tolerate 15 – 34 ° C. it can also be killed by temperatures of 10 ° C or lower.
It generally prefers an average annual rainfall between 2,300 and 2,700 mm, but tolerates 2,000 – 3,000 mm.
Its growth is best in rich, well-drained soil in a sunny position, with a pH between 5 and 6, tolerating 4.5 – 7.
Propagation occurs by seed and it is best to sow as soon as this is ripe because it has a short vitality.
The so-called tapping of trees to obtain latex can begin 7 years after planting.
Due to their lush growth these plants have become invasive in some areas.
The species is considered invasive in Samoa, American Samoa, French Polynesia, Cook Islands, Queensland, Christmas Islands, Singapore, Cuba, Vanuatu, Mayotte and Tanzania, where it poses a significant threat to native forest ecosystems.
It has a prolific seed production and high germination, produces fruits that are attractive to many forest-dwelling frugivores such as primates, squirrels and birds that are able to disperse seeds over long distances and is listed as a threat to ecosystems forestry.
Among other things, it is a fast-growing tree.

Customs and Traditions –
Castilla elastica was the main source of latex among Mesoamerican peoples of the pre-Columbian era. The latex collected from Castilla elastica was transformed into usable rubber by mixing it with the juice of the white Ipomea species (Ipomoea alba L.) which is typically found in the wild as a climbing vine of Elastic Castilla. The rubber produced with this method has found several uses, including, in particular, the production of balls for the Mesoamerican ball game “ōllamaliztli”.
It was once widely exploited commercially, but was eventually replaced mainly by the rubber tree (Hevea brasiliensis (Willd. Ex A. Juss.) Müll.Arg.). still today it is however occasionally cultivated.
Members of this genus have a root system consisting of a rather short tap root and several lateral roots that spread horizontally and so close to the soil surface that they can often be followed for 20-30 meters. This root system makes it difficult to grow other crops under the tree.
8-10 year old trees can produce up to 25kg of latex per year. Once collected, this latex dries to become hard and durable.
Latex can be used commercially, and is also used a lot by locals who have made items such as bouncing balls, waterproofing fabrics, artifacts etc.
Latex is often colored with natural dyes and used to make local artisanal products.
The bark is light gray and fibrous in color and is beaten to make mats, blankets and clothing.
The wood is yellow-brown, moderately soft, light and not durable. It is mainly used as a fuel.

Preparation Method –
Castilla elastica mainly produces the basic latex for the preparation of rubber which, once collected, dries to become hard and resistant. Wood and bark are also used for various uses, mostly of an artisanal nature.