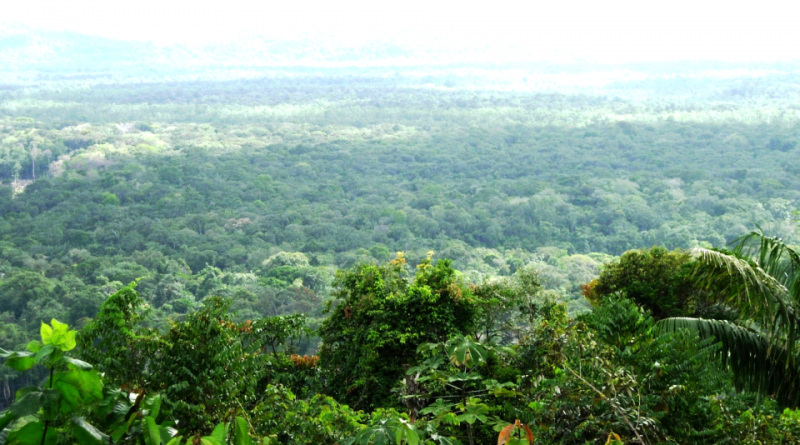 The Amazonian Park of French Guiana, whose WDPA Code is: 388667, is a national park that protects the Amazonian forest of southern French Guiana.
The first proposal for the establishment of this park was made following the 1992 United Nations conference in Rio de Janeiro.
We had to wait until 2007, when the park was officially established.
The Amazonian park of French Guyana covers an area of ​​20 300 km² and is located on the border with Brazil, where it completes, with the other Tumucumaque national park, a large area of ​​Amazonian forest that protects, overall, one of the areas of greatest extension in the world of tropical forest.
The Amazonian park of French Guiana, being of French jurisdiction, is, in fact, the largest park in the European Union.
The area of ​​the Amazonian Park of Guyana covers 40% of the territory of French Guyana. As mentioned, thanks to its geographical continuity with the Brazilian Tumucumaque National Park (3.8 million hectares), it contributes to forming one of the largest protected areas in the world.
The park is bordered by two large rivers: the Ayapock, which marks the border with Brazil, and the Maroni, a natural border with Suriname. Difficult to access, it protects one of the areas with the strongest biodiversity on the planet, original ways of life and human activities typical of the inhabitants of rivers and forests. 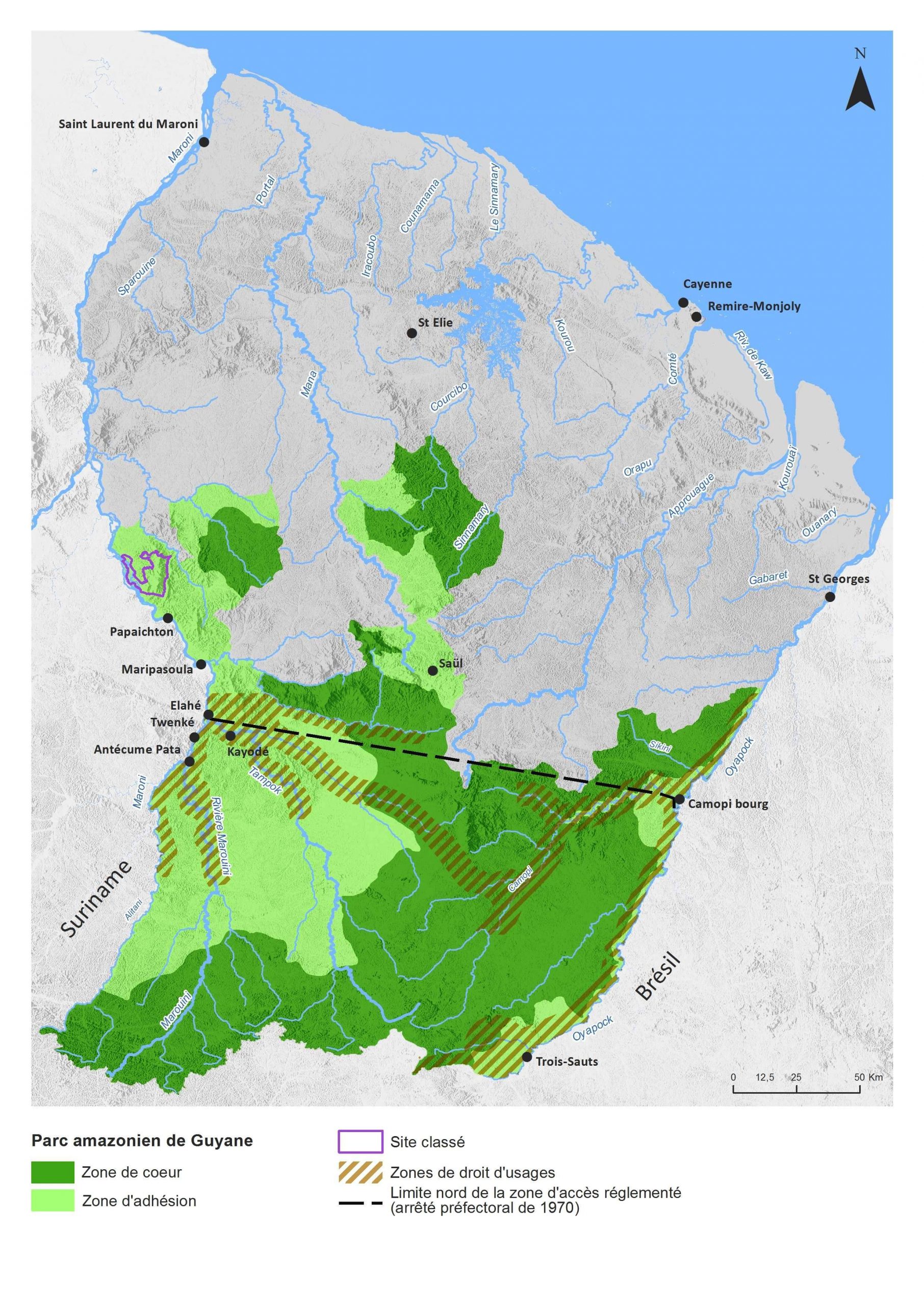 In this park live the Amerindian peoples Apalaï, Tilïo, Wayana, Wayãpi and Téko, but also Aluku, the so-called “black browns” of Maroni, Creoles and metropolitans.
The establishment of the park has become necessary to protect an extraordinary biodiversity. Over 5,800 floral species and over 1,200 tree species, 718 bird species, 186 mammal species, 480 fish species and 261 reptiles and amphibians have been found in the park. Unfortunately, although the mining activity was limited following the establishment of the park, in October 2012 the French government authorized a new gold mine near the village of Saül.

Flora –
As far as flora is concerned, among the 5 800 known species, there are more than 1 500 trees on the territory of Guyana, some of which culminate at a height of 50 meters.