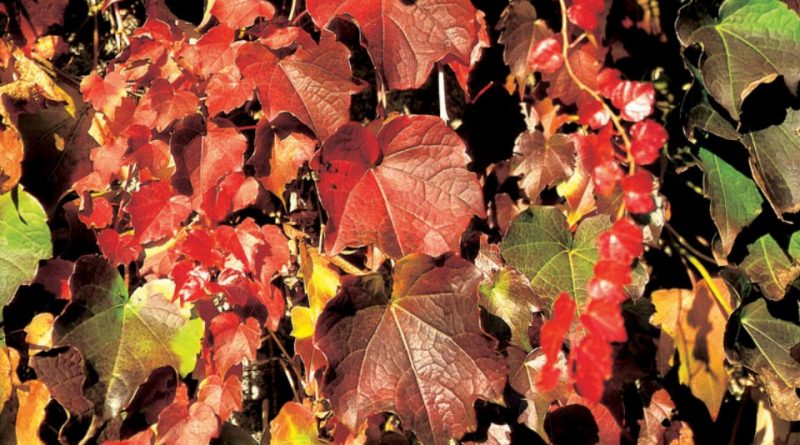 Etymology –
The term Parthenocissus comes from the Greek παρθένος parthénos vergine and from κισσός cissós ivy: virgin ivy.
The specific epithet tricuspidata derives from tris / tres tre and from cuspis, -idis cuspide, tip: with three tips, for the shape of the leaves.

Geographical Distribution and Habitat –
The Boston ivy is a plant native to eastern Asia, in an area between Korea, Japan and northern and eastern China. 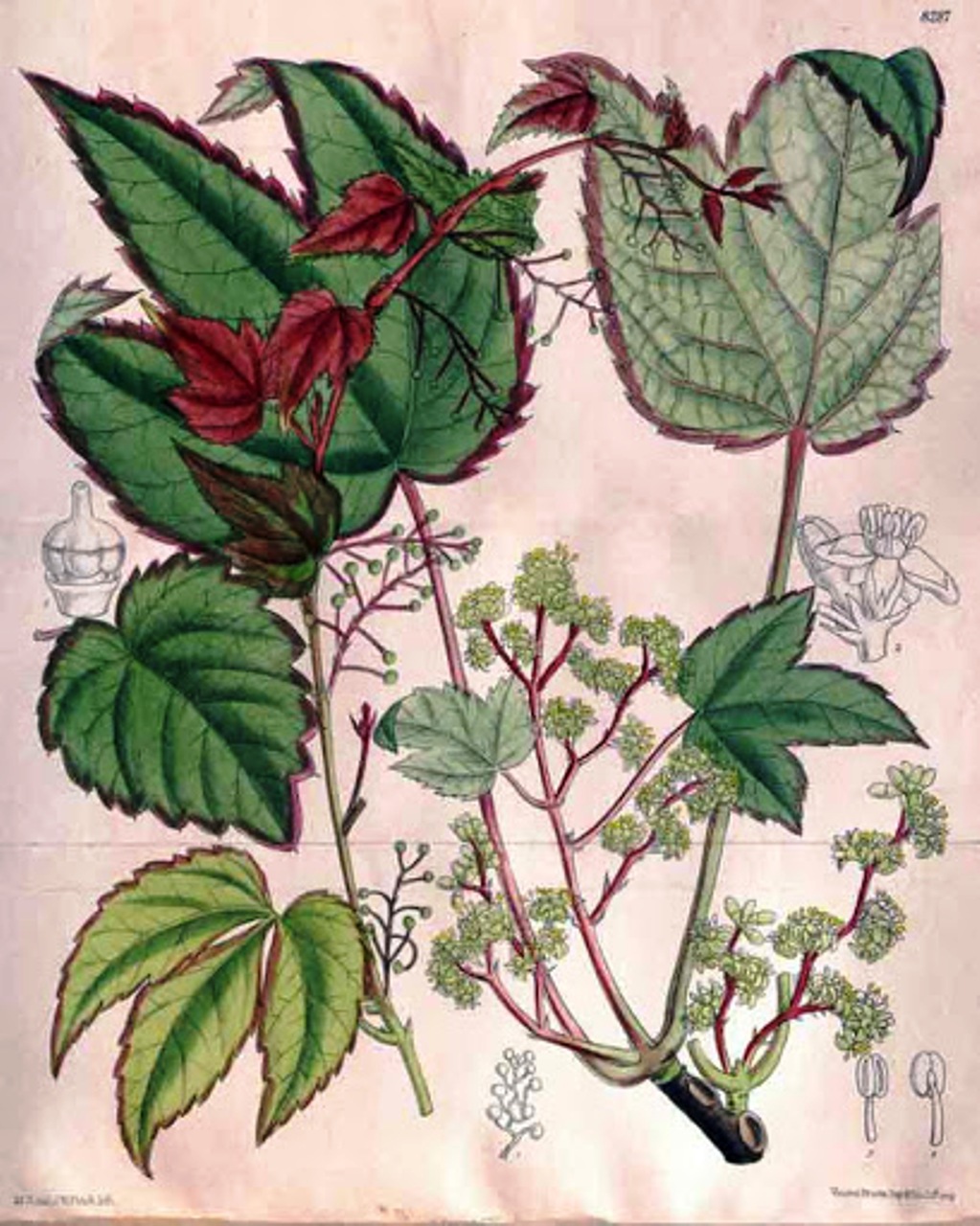 Description –
Parthenocissus tricuspidata is a climbing species that can grow up to 30 m in height or more if it finds adequate support.
The young branches are angular and manage to reach lengths in a short time, within a few years, that can even reach 15 – 20 m.
The plant has numerous small branched tendrils dotted with sticky discs. The leaves are simple, palmate with three lobes, occasionally not loin or with five lobes, or sufficiently deep, with dimensions from 5 to 22 cm in diameter. The leaves are green during the summer season while in autumn they take on colors ranging from red to brown.
The flowers are inconspicuous, greenish in color and gathered in clusters and bloom between June and July.
The fruits are sub-spherical berries with a diameter of 10-15 mm, pruinose, violet-blackish, with 1-2 or 3 seeds, brown-blackish, 5-8 mm, obovoid, with a flattened face, rounded apex and base with a short rostrum.

Cultivation –
The Boston ivy is widely cultivated as a climbing ornamental plant to cover the facades of brick buildings.
It is a use, much re-evaluated in recent years, since, with its shading, it can significantly reduce cooling costs.
The propagation of plants takes place in the summer, through cuttings and sowing.
In warmer soils the plant is able to root much faster.
In the summer, it is advisable to keep the leaves moderately moist, while in winter, when the plant loses its leaves, it should be watered very little.
As far as fertilization is concerned, it is necessary to put some mature organic substance at the base of the plants, just before the vegetative start.
The plant does not require special care, if not the pruning that is performed in winter, for the containment of the same. It does not need special supports, only in the early stages of growth, as its particular resistance, given by the suckers of the branches, allows it to climb by itself.
Among other things, the plant secretes calcium carbonate, which acts as an adhesive pad and gives it the opportunity to attach itself to a wall without requiring any additional support. Even if it does not penetrate the surface of the building but simply sticks to it, damage may occur in an attempt to tear the plant from the wall.

Uses and Traditions –
The Boston ivy, also known as the virgin vine of Japan, Parthenocisso tricuspidato is a plant that has good resistance to cold and is able to adapt even in particularly cool environments (temperatures can even go up to -15°.
The parthenocissus tricuspidata can however suffer damage in the spring caused by late frosts that could occur and that could damage the shoots, without however going to create further damage to the plant.
In general, this plant is considered suitable especially for outdoors, since in autumn it loses its foliage. In addition, the excessive temperatures present in the winter inside the homes could cause early budding.
Thanks to the adaptation conditions of the plant, Parthenocissus tricuspidata can be easily found throughout Italy.
Although this plant is used to cover walls, it can be used for the decoration of columns or walls, or ideal for embellishing pergolas, as the regular position of the leaves creates shade.
However, attention must be paid to the surface on which the plant must climb, since if this is not particularly rough, the suckers of the branches could ruin it.
The Canadian vine is used in the pharmacological and therapeutic field, with the use of active ingredients obtained from the extraction of buds and fresh embryonic tissues of the plant.

Method of Preparation –
The active ingredients used as supplements are extracted which can be taken, according to medical prescriptions, also by children and pregnant women.