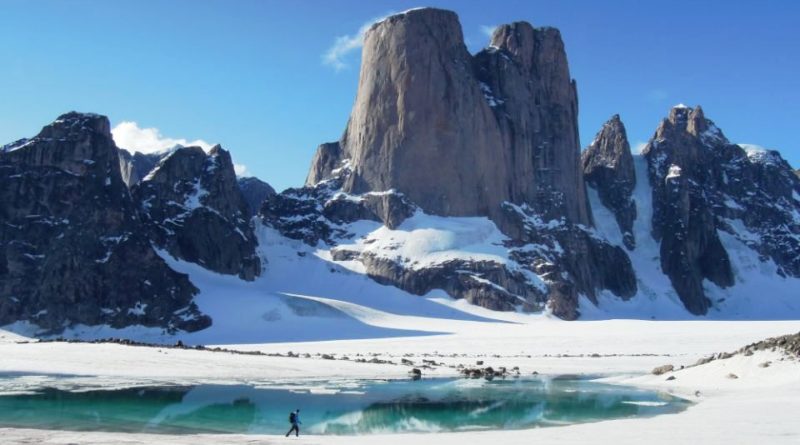 Auyuittuq National Park is a national park located in Nunavut, northern Canada, across the southeastern island of Baffin.
This park, identified with the WDPA code: 613, has a total area of ​​19,089 km2.
This park area was established, for the first time in 1972, as Baffin Island National Park; subsequently, in 1975, the managing body, Parks Canada, chose to rename the park to better reflect the landscape and history of the Inuit within the region. After some debate, the name was changed to Auyuittuq National Park.
Auyuittuq, in Inuktitut, means “land that never melts” which translated better means: the place that never melts.
In fact, within the Auyuittuq National Park, there are important glaciers and fjords.
This park is one of the most spectacular places on the planet, where we find fjords carved out of glaciers teeming with marine life, from arctic char to whales in the hinterland of both its north and south coasts.
Auyuittuq National Park, although more remote, is the most accessible of the Nunavut parks (as opposed to Sirmilik and other northern national parks). In fact, in this area the fjords allow the transport by boat and snowmobile from the nearby Inuit communities of Pangnirtung and Qikiqtarjuaq.
Its wild interior can be reached via the Akshayuk Pass, the park’s most popular trekking route which follows a traditional Inuit transit route and provides access to the vast Penny Ice Cap, glaciers and highest peaks of the Canadian Shield .
In this park, skiers and climbers can tackle vertical walls such as Mount Thor, whose rough beauty can also be admired on a snowmobile trip in the spring to the Arctic Circle or on a short summer excursion to Ulu Peak.
Furthermore, inside the park, the panoramic boat and snowmobile trips, combined with short excursions, including the Arctic Circle, offer stunning landscape views of the Arctic region.
Most visitors arrive in this area for multi-day guided hikes, skiing or mountaineering tours.
Among the most spectacular points of Auyuittuq National Park we must mention, as mentioned, Mount Thor (1500 m), the highest vertical wall in the world, and the twin peaks of Mount Asgard (2015 m) location of some scenes of an old man 007 movie.
More accessible, in summer, is the Ashhayuk Pass which can be covered in ten days. 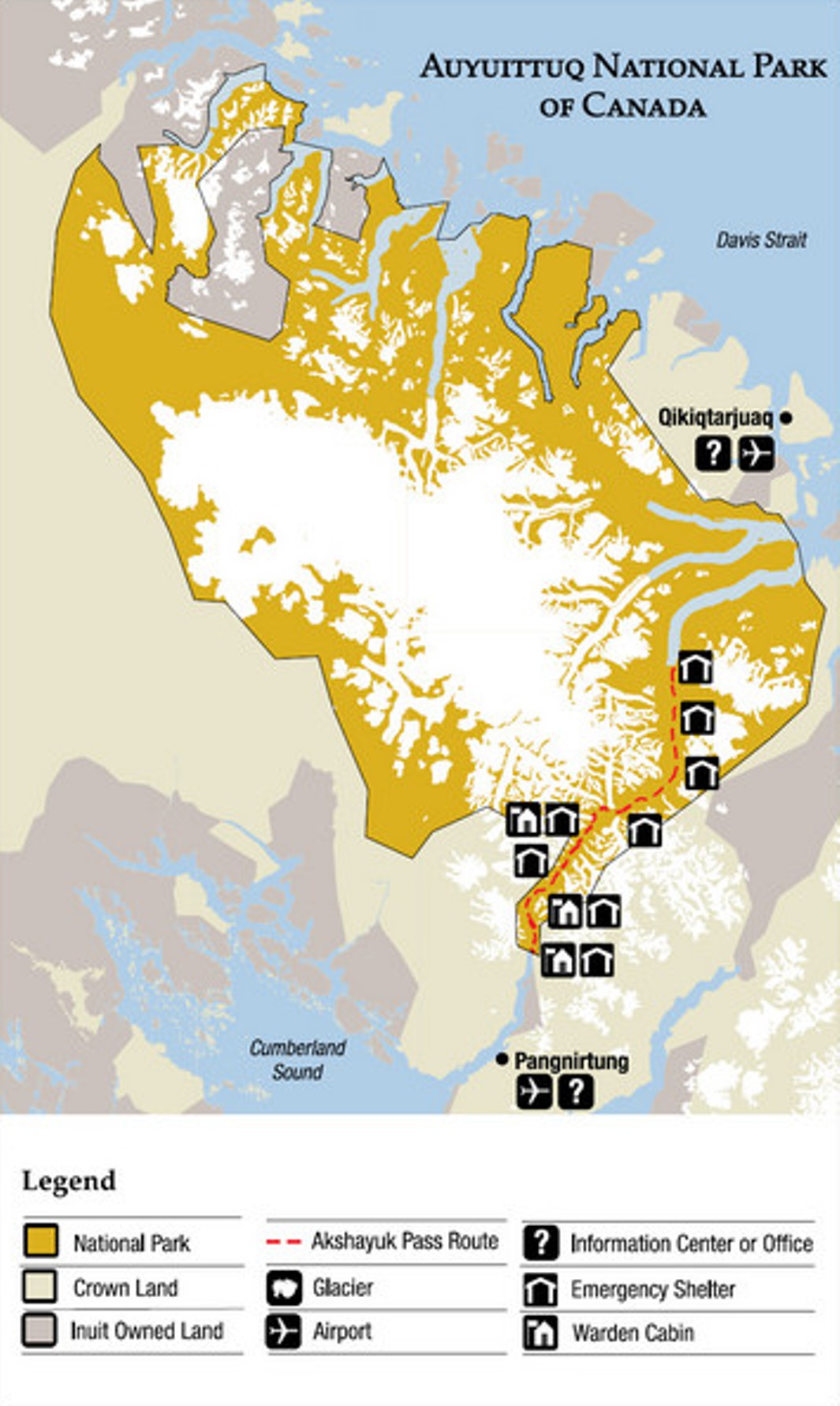 Flora –
Within the Auyuittuq National Park there is sparse vegetation, although the plants found there go from flowers such as the Alpine Camedrio (Dryas octopetala), Cotonarie (Lychnis Spp.), Poppies (Papaver Spp.), Sassifraghe ( Saxifraga Spp.) And shrubs such as dwarf birch, arctic willow and heather.
Many of the plants in Auyuittuq Park grow in groups to create their warmest “microclimate” that allows them to survive the harsh conditions of the Arctic.