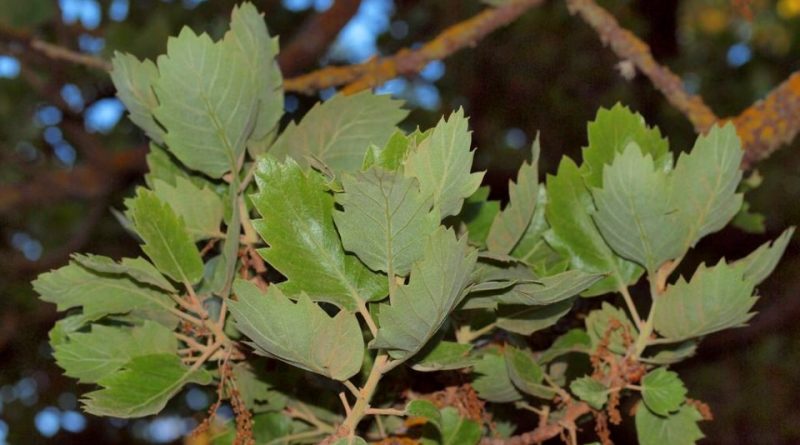 Etymology –
The term Quercus derives from quercus, the Latin name of the oak, a plant sacred to Jupiter. The specific epithet ithaburensis refers to Mount Thabor (Israel), area of ​​origin of these plants. The name of the subspecies macrolepis comes from the Greek μακρός macrós large, along and from λεπίς lepís scale: with large scales.

Geographic Distribution and Habitat –
The Quercia Vallonea is a plant native to the south-eastern Mediterranean regions of Israel and is present from Italy to the Middle East and Asia Minor. In Italy it is present only in two areas, in Tricase in Puglia and in Matera in Basilicata. Its typical habitat is that of calcareous soils where it forms mixed woods with holm oak, thorny oak and downy oak. 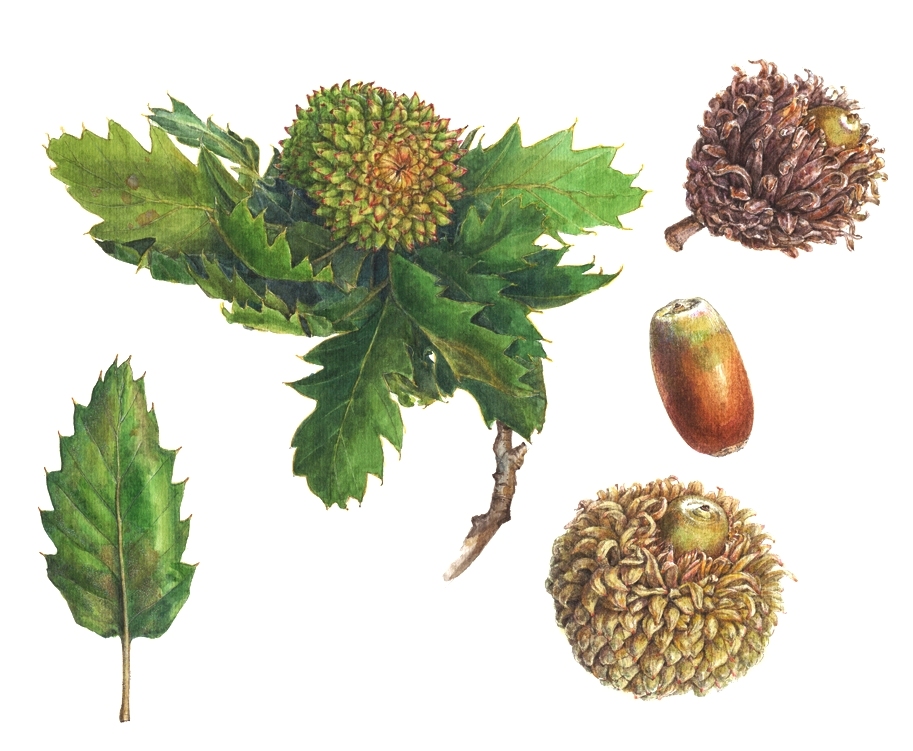 Description –
Quercus ithaburensis subsp. macrolepis is an arboreal species that can grow up to 15 meters in height, with a dark green expanded foliage. The trunk is straight and branched, with scaffolding not far from the ground in large, tortuous branches, with a gray-brownish rind, cracked and cracked in small plates. The branches of the last order are covered with a dense greyish tomentum. The leaves remain on the plant until the spring of the following year; they are alternate and long up to 10 cm, with a long petiole up to 4 cm and with ovate-oblong lamina with a slightly lobed margin (3-7 lobes) ending in a subaristate tooth.
The flowers are monoecious with flowering in April. The fruit is a solitary acorn or in groups of 2-3, 4 x 2 cm large, which matures the second year and is protected by a semi-spherical dome with large scales.

Cultivation –
The Vallonea oak is a heliophilous and xerophilous plant that thrives in a Mediterranean climate with high autumn rains and on poor limestone soils, in arid fields and woods. It is not a rustic species. For the propagation of the vallonea oak, we start from the seed immediately after harvesting, as for all oaks, also because the seeds quickly lose their vitality. The planting of the seedlings must be carried out at a very young age (within two years) since its root system absolutely does not tolerate disturbances. Alternatively, sowing can be carried out directly in the home, protecting the acorns and seedlings from mice and squirrels. It can bear partial shading only in the juvenile stage. This oak should not be pruned as it gives its best if left free to expand and grow as it prefers, but if pruning is necessary, the plant has no problem withstanding it.

Uses and Traditions –
Quercus ithaburensis subsp. macrolepis is a plant that grows well in climates as an isolated specimen in very large contexts. It is a typical species of arid forests on calcareous soil, it forms mixed woods with holm oak, thorny oak and oak.
As for its introduction in Italy it is assumed that these plants were imported by the Basilian monks arrived in southern Italy and Salento and that its name derives from Wallonia, a Dalmatian town, a region where such plants abound. Today in Italy there are only a few hundred specimens, which sometimes form small woods.
Some selected varieties have sweet and edible acorns and have been used for human nutrition for many centuries.
The domes instead can contain up to 50% of tannin of excellent quality that were marketed under the name “vallonea” with a large and profitable market for leather tanning, until the competition of chestnut tannin, which was sold to much lower price, has not permanently replaced the cultivation of this species.

Preparation Mode –
Today the vallonea oak no longer uses food or for the extraction of tannin; it remains only as a species with an interesting ecological and landscape value. It also does not have particular uses in the pharmaceutical field.