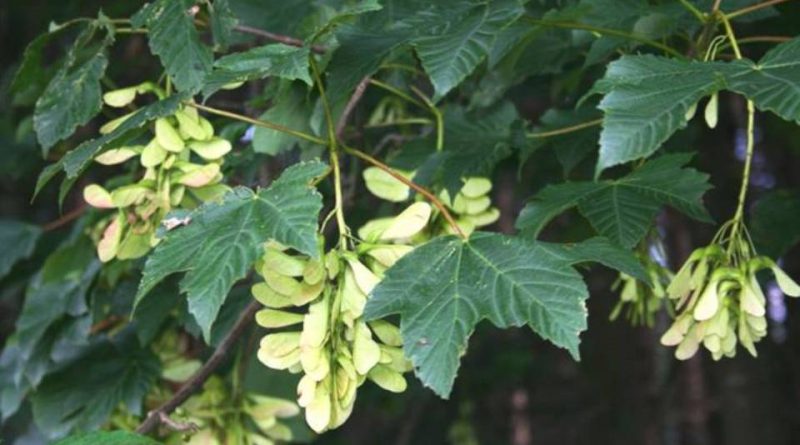 The Maple or Sycamore (Acer pseudoplatanus L., 1753) is an arboreal species belonging to the family Aceraceae.

Systematics –
From the systematic point of view it belongs to the Domain Eukaryota, Kingdom Plantae, Magnoliophyta Division, Magnoliopsida Class, Sottoclasse Rosidae, Order Sapindales, Family Aceraceae and therefore to the Genus Acer and to the Species A. pseudoplatanus.

Etymology –
The term Acer derives from the Latin name dell’Acero, cited in Pliny and Ovid. This name should derive from acer acris, that is to say, pungent, both for the pointed shape of the leaves and for the use of maple to make lances. The specific epithet pseudoplatanus comes from the Greek prefix ψευδο- pseudo-pseudo, fallacious, liar and from the genus Platanus: false platanus, due to the resemblance of its leaves and its bark.
The common name Sycamore derives from the fact that in the past it was mistakenly confused with the biblical tree Ficus sycomorus.

Geographic Distribution and Habitat –
Acer pseudoplatanus is a species native to Central and Caucasus and is widespread in central and western Europe (France, Benelux, Germany, Switzerland, Austria, Poland, Russia), in the Mediterranean basin (Spain, Portugal, Italy, Albania, Bulgaria, ex-Yugoslavia, Greece), in Asia Minor (Turkey) and in the Caucasus region. It is present in Italy in mountainous areas, at an altitude of 1500-1900 m. s.l.m. but it is located at lower altitudes of the Alps and the Pre-Alps. Its habitat is in maple-ash and in beech-woods. 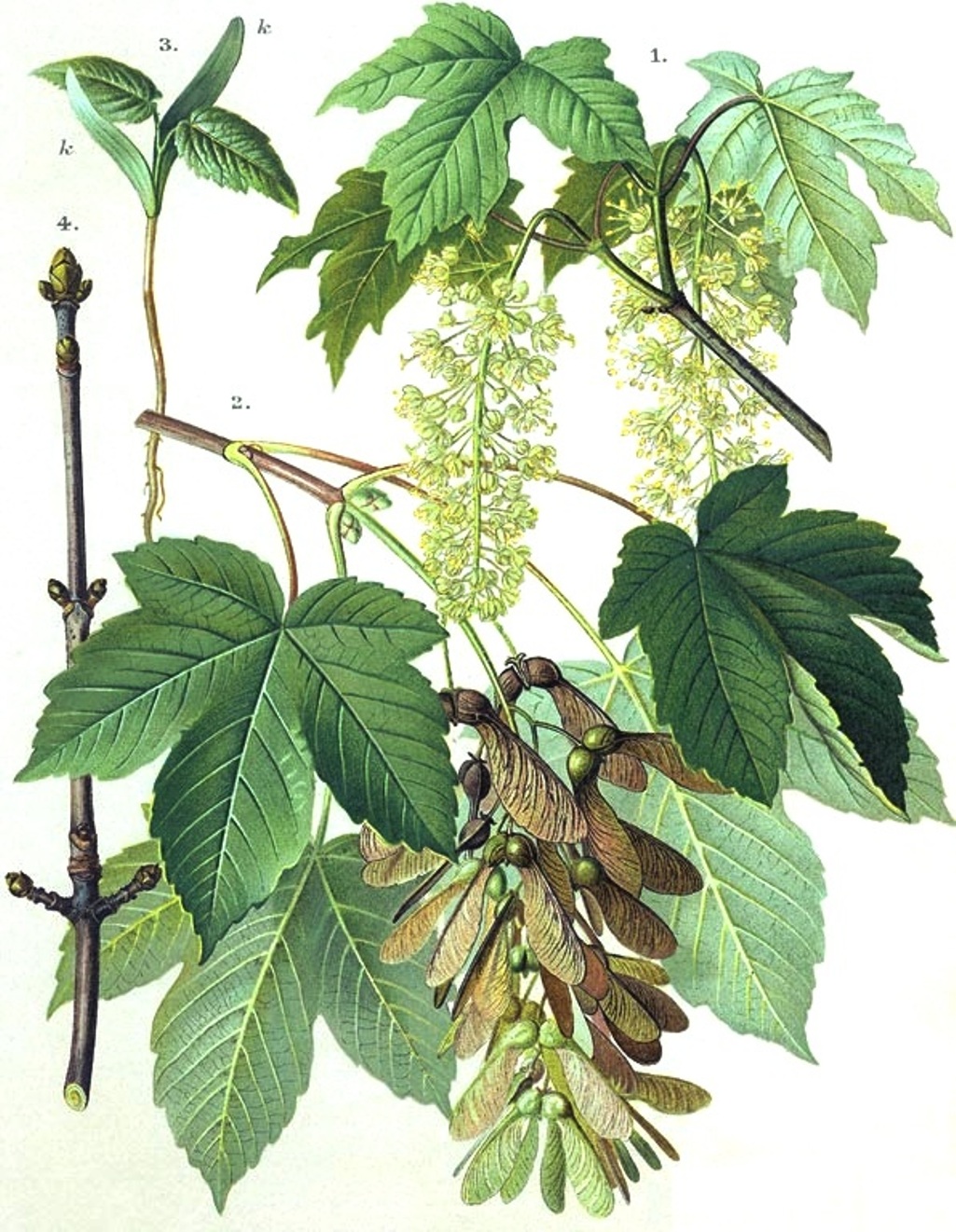 Description –
The Maple is a tall tree (25-40 m high) with a trunk diameter of 3.5 m., With a broad, globose crown. It has a gray or yellowish bark when young and then turns reddish and detaches into large plaques at an older age, reminiscent of the bark of the plane tree (hence the specific epithet). Like all maples, gems are opposite; the flowering occurs after the appearance of the leaves; these are long petiolate (5-15 cm), simple, opposite, deciduous, 10-15 cm in length and width, penta lobate with weakly dentate margin, dark green in the upper page and glaucous in the lower one. The fruit is a double samara.

Cultivation –
Acer pseudoplatanus is cultivated for the production of wood, reforestation, public parks, large gardens as isolated trees and for the formation of road trees as it has a good tolerance to air pollution. Pruning is limited and aimed at maintaining the shape of the tree, in the case of the tree-lined avenues should be eliminated of any branches placed at the bottom.
This Maple can be grown as a tall tree or kept low with repeated pruning to form patches of vegetation, taking advantage of its strong reclaiming capacity.

Uses and Traditions –
The wood of the mountain maple is considered of high value and is used for this also in violin making. It is a species used both in forests, in wood arboriculture plants and both for tree-lined avenues and for the beautification of parks and gardens. It is also interesting for forestation and for the use of compact and homogeneous wood. The wood of the maple is undifferentiated, compact, glossy, homogeneous, with a fine texture, ivory white, characterized by an average hardness and heaviness. Among the European maples this species is the one with the finest wood and is also sought after for its ease of processing. It is used for the manufacture of furniture, wooden roofs, parquet, sculptures, musical instruments (especially the violin), kitchen utensils and turning.

Preparation Mode –
Acer pseudoplatanus is not used for food preparations or other therapeutic or medicinal uses.