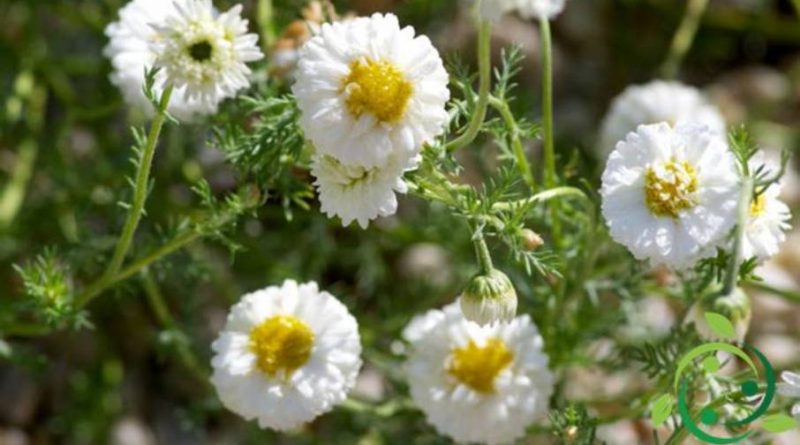 How to grow Roman Chamomile

The Roman chamomile (Chamaemelum nobile (L.) All.) is a perennial herbaceous plant of the Asteraceae family. It is not found in Italy spontaneously but is very cultivated for its therapeutic properties which are the same as Matricaria chamomilla but with a higher yield in essential oils.
Roman chamomile does not like dry soils and prefers those with a basically acidic pH. The soil must be dissolved and well drained because although it needs moist soils it does not like water stagnation. This plant, however, does not like particularly fertile soils, much less so rich in organic substance. The Roman chamomile is a plant that must be grown in full sun, with a warm climate and far from drafts and excessive wind. So it prefers places with mild winters and good humidity even if it does not like excessive nighttime humidity.

For the cultivation of Roman chamomile, weeds to be kept under control are patiently eliminated. The soil in which to grow it must not form superficial crusts and is a plant that can grow even in not deep soils. The Roman chamomile should be watered regularly so that the soil always remains moist but absolutely avoiding stagnation. It is good to irrigate especially before flowering and after harvesting flowers. During the irrigation of the Roman chamomile must be careful not to wet the flower heads. For this reason it is not possible to irrigate the rain but for the flow or, better still, if planted in rows, with the hose.
For fertilization it is recommended simply to make it happen to plants that are ordinarily fertilized during their crop cycle. Therefore, by making a good rotation, it is a plant that should not be fertilized. Only in the case that it is thought to raise the Roman chamomile as a biennial plant, then a complete fertilization is done at the plant or at the first tillage with mature manure or compost but not in high concentrations. The flowering period of the Roman chamomile goes from the month of May and throughout the summer and the seeds ripen from August to September.
The multiplication of the Roman chamomile is carried out by division of the plant as the cultivated varieties are mostly sterile. This is done at the end of the vegetative station and after the fall of the flowers by taking the young stems from the creeping tract provided with some roots. The young seedlings can be transplanted in October or at the end of winter.
The Chamaemelum noble should not be subject to diseases of a certain importance as it is a particularly resistant plant.
As for the therapeutic properties are similar to those of Matricaria chamomile. The essential oil contains: blue camazulene that turns brown to light, flavonoids, coumarin, alcohol, fatty acids, glucosides, potassium, vitamin C. the collection of flowers should be done at the beginning of flowering, when the flower heads are not yet well hatched and are still a beautiful white color.
It is advisable to harvest on dry days and preferably in the evening when the plants are dry and dew-free so as not to jeopardize subsequent drying. If the product is destined to distillation to obtain essential oils, the fresh or freshly dried product is used and all the epigeal part of the plant is generally collected.