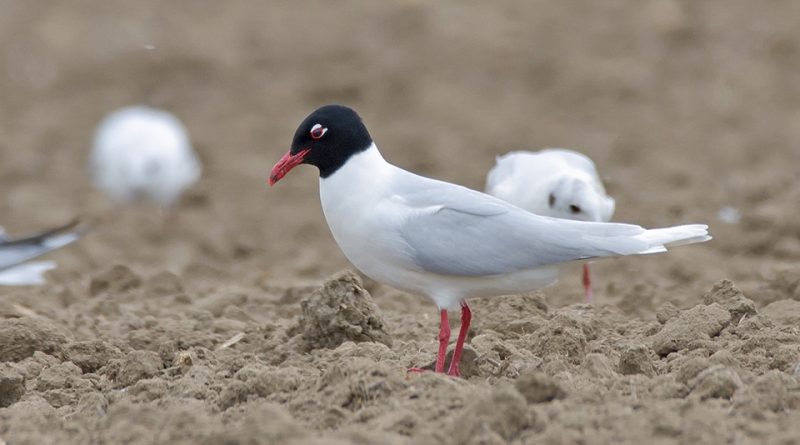 The Mediterranean gull (Ichthyaetus melanocephalus Temminck, 1820) is a bird belonging to the Laridae family.

Geographic Distribution and Habitat –
The Mediterranean gull is a bird is a typically coastal and marine bird that lives throughout Europe (excluding Iceland), in the Mediterranean Sea, in North Africa (Morocco, Egypt etc.) in the Near East (Israel, Lebanon, Syria). It is also found in Iran, Kazakhstan, Mauritania, Turkey and Azerbaijan. It is in step in the Arabian Peninsula, in Kenya, Sudan, Senegal and Gambia, and also in Finland and Norway.
The range, both of nesting and of wintering, of this bird has expanded in recent times, first to the east and then to the north and west with respect to its original range, so much so that today there are significant wintering populations in the south of England (some specimens even nesting) and the Netherlands.
In Italy it is very widespread especially as a winter visitor and with a consistent breeding population on the Po delta. 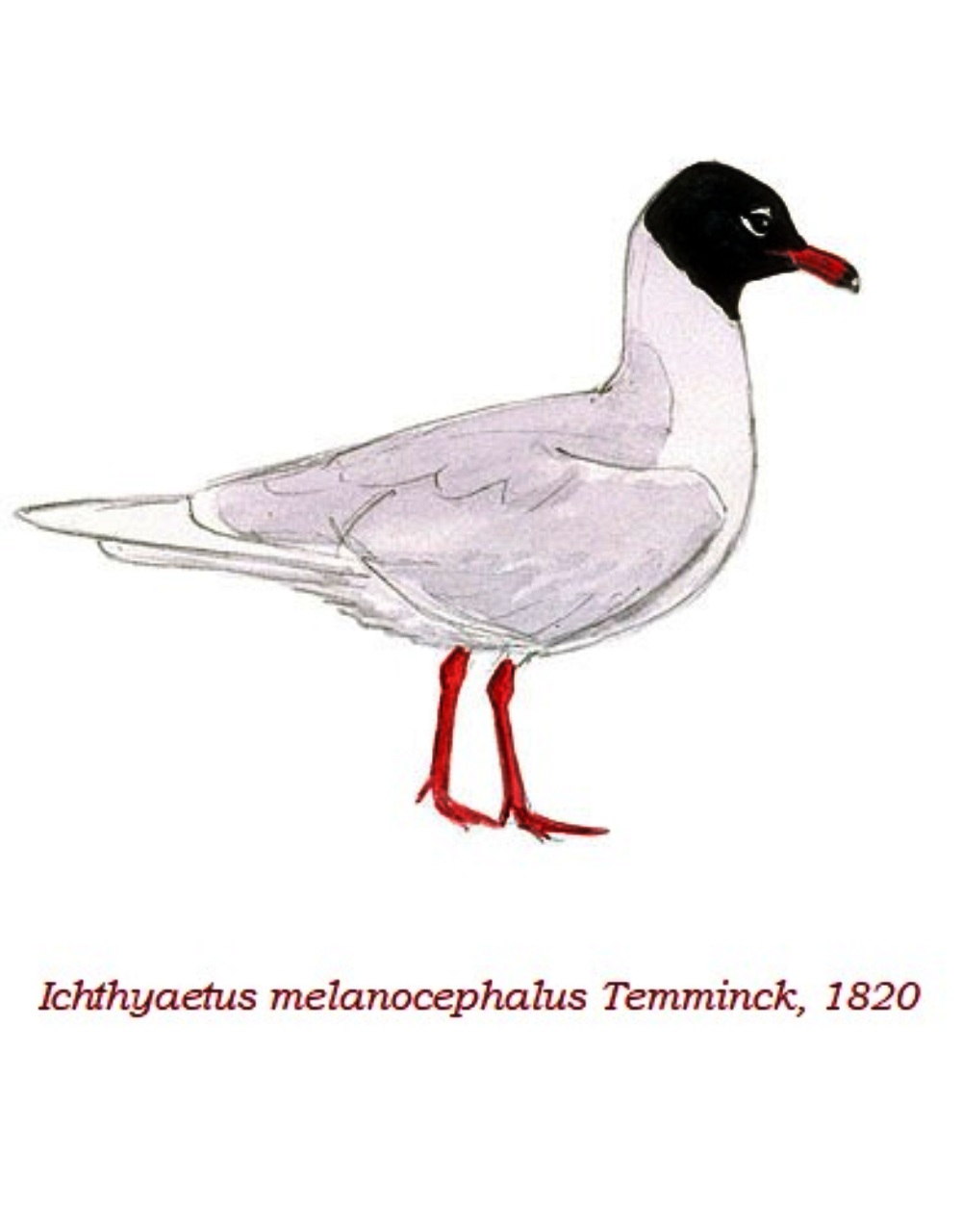 Description –
The Mediterranean gull is a medium-large bird, with a length of 35-39 cm, a wingspan of 80-103 cm, for a weight that varies between 215 and 340 gr.
Both the male and the female in nuptial dress have identical livery which is characterized by a predominantly white color, black hood extended up to the neck, pale gray back and wings, red beak and legs; there is an evident white periocular ring, interrupted anteriorly and posteriorly to the eye.
When this bird is not in the reproductive period the black hood disappears; few traces remain, especially behind the eye, and some little visible shades on the head.
The juveniles have a white color, especially in the lower part, with large brown, gray and black areas; beak and legs are blackish brown.
This bird takes two years to reach maturity. First year birds have a black terminal stripe on the tail and more black areas in the upper wings, but have less intense wings.

Biology –
Ichthyaetus melanocephalus reproduces in colonies in large reeds or swamps, or on islands in lakes; where its population is small, it nests in colonies of common gulls (Chroicocephalus ridibundus).
It builds its nest on the ground on the islets of the lagoons, along the sandy coasts and on the salt marshes, using algae and other plant material.
It has gregarious habits in every period of the year and during the nesting it gathers in more or less numerous colonies.

Ecological Role –
Ichthyaetus melanocephalus has no subspecies, and is therefore a monotypic species.
This seagull has an agile flight, walks quite well and likes to land on the water. It is not a pelagic species, and is rarely seen in the sea far from the coasts; moreover it is a noisy species, especially in the colonies.
It feeds on fish captured independently or discarded by fishing boats, crustaceans, molluscs, aquatic insects and their larvae, organic substances found on the water.
Its diet is quite omnivorous, feeding on fish, worms, waste, insects, offal and carrion.
Ichthyaetus melanocephalus is one of the species to which the Agreement on the Conservation of Afro-Eurasian Migratory Waterfowl (AEWA) applies.
According to the IUCN, the population of this bird is currently stable and therefore of minimal concern.