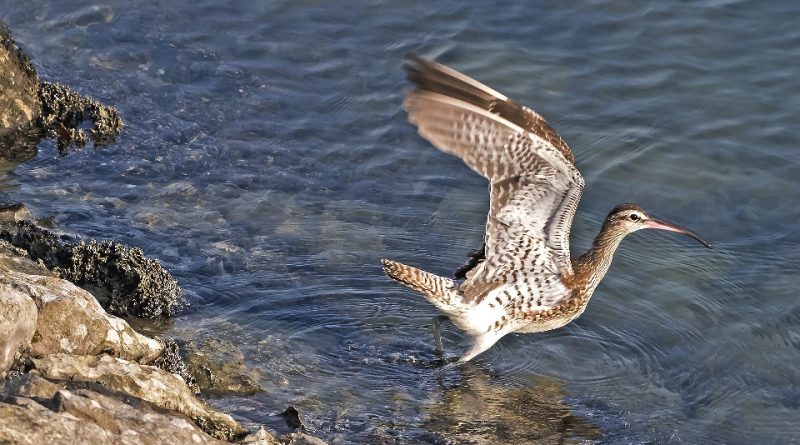 The Eurasian curlew (Numenius arquata, Linnaeus 1758) is a bird belonging to the Scolopacidae family.

Geographical Distribution and Habitat –
The Eurasian curlew is a bird present in an area that includes all of Europe, Asia and Africa; it is also present on the east coast of Canada (Newfoundland, Québec), New England, Florida and Greenland. In his migratory activity he passes through the Bahamas, Cape Verde, Syria, Lebanon, the Northern Mariana Islands, Niue, Burundi, Rwanda, Lesotho, Bhutan and the Svalbard Islands.
In Europe it is present as a breeder in the central and northern areas, from Switzerland up to the 70th parallel north.
In his migratory movements he then moves south to Madagascar and south Africa. In Italy it is two-step and winter visitor.
Its natural habitat is represented by marshes, swamps, muddy areas, flooded plains, estuaries and coasts. 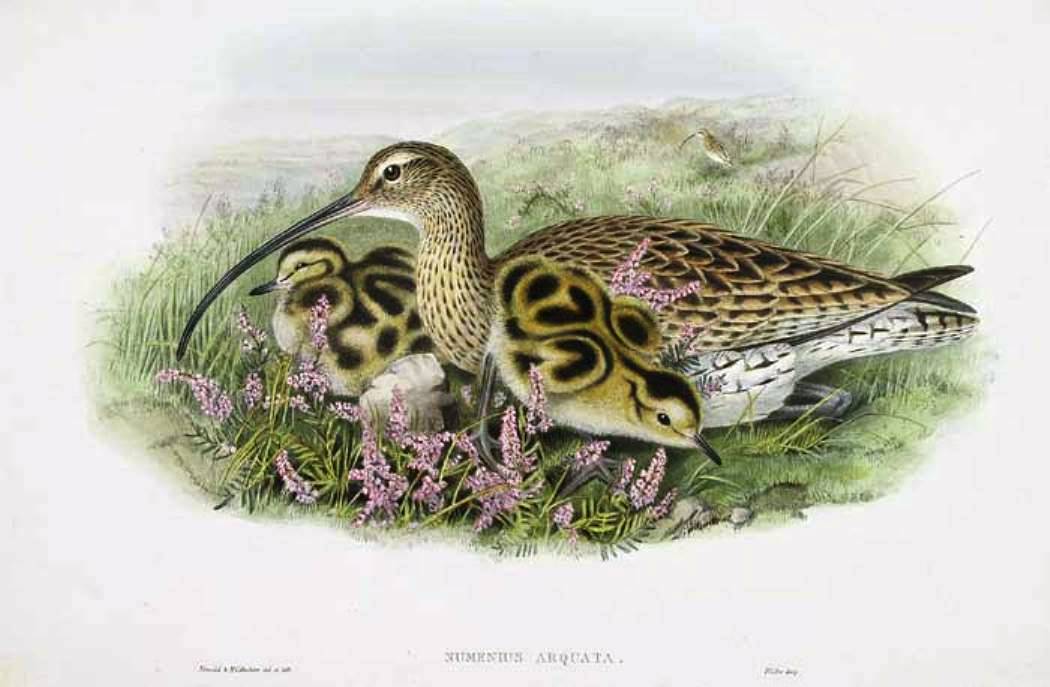 Description –
Numenius arquata is a large bird, with a length that fluctuates on average between 50 and 57cm and with a weight of 600-900 gr, with a wingspan of about 110 cm and a slender and strong trunk, long and slender neck.
Sexual dimorphism is manifested by the slightly larger size of the female.
It is in fact the largest European Piarist.
It is recognized for its characteristic long beak, about 18 cm long, facing downwards and dark in color.
The tail is made up of twelve feathers, and the legs have four toes.
Arrived in the period between February and March, this bird undergoes a partial moult, changing part of the feathers of the body and tail.
In both sexes the plumage is brownish spotted or streaked with brown, white belly and rump.
Compared to the small curlew (Numenius phaeopus, Linnaeus 1758) it has larger dimensions, a longer beak and the absence of streaks on the head.
The flight similar to that of the seagull, sometimes with a “V” arrangement with other individuals.
The song of the curlew is characterized by a repeated frequency of gurgling phrases (a growing “curlì”) with flute and trill notes, which are growing.

Biology –
Numenius arquata is a bird that does not nest in Italy but it is possible to spot it during the winter or when it stops in estuaries and mudflats. This bird reproduces in heaths, swamps, and in wet grasslands, it nests in shallow basins in the ground stuffed with vegetables.
Once in the mating season, the female chooses a slightly elevated area and, having identified a natural hole, generally lays 4-6 eggs, similar to those of a duck and pyriforms, of a greenish color.
Incubation of the eggs lasts from 26 to 28 days, with the male often alternating with the female in the hatching.
The small nestlings are then looked after by the male for about 5-6 weeks.

Ecological role –
The Eurasian curlew has a characteristic flight that is evident with slow wing beats, with which it also reaches considerable heights, with a gregarious and sociable tendency, it often joins other waders.
This bird has terrestrial habits, it swims with ease.
Its diet is composed of various types of molluscs, crustaceans and small fish; it also feeds on crabs which it hunts on sight and swallows whole.
Although its feeding is quite varied, it often shows a certain predilection for Policheti worms, which it detects by touch and skillfully extracts from the mud with its long beak.
It is a bird with very refined senses and is somewhat suspicious. If he senses a danger, he takes off slowly, with straight lines, even at great height, and launches the characteristic cry “chiurlì chiurlì”, which earned him his vulgar name.
It is, in fact, one of the waders who sing the most and, even in winter and it is possible to hear his voice while defending the territories where he finds food.