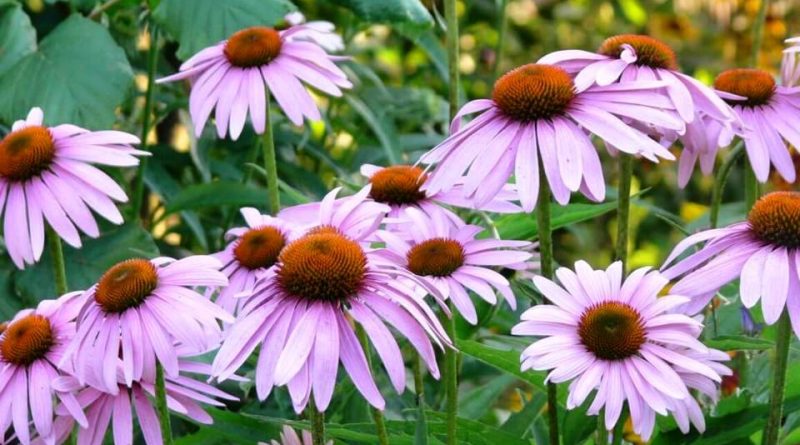 The Narrow-leaved purple coneflower or blacksamson echinacea (Echinacea angustifolia DC.) Is a herbaceous species belonging to the Asteraceae family.

Etymology –
The term Echinacea comes from the Greek ἐχῖνος echînos urchin, porcupine, sea urchin and, by extension, spiny: in reference to the thorny scales of the receptacle.
The specific epithet angustifolia stems from angustus narrow, narrow and folium leaf, lamella: that is, with narrow or small leaves.

Geographical Distribution and Habitat –
Echinacea angustifolia is a plant native to North America, where it is widespread in most of the Great Plains of central Canada and the central United States, with additional populations in the surrounding regions.
Its habitat is that of dry calcareous, gravelly, sandy and rocky prairies and moors. 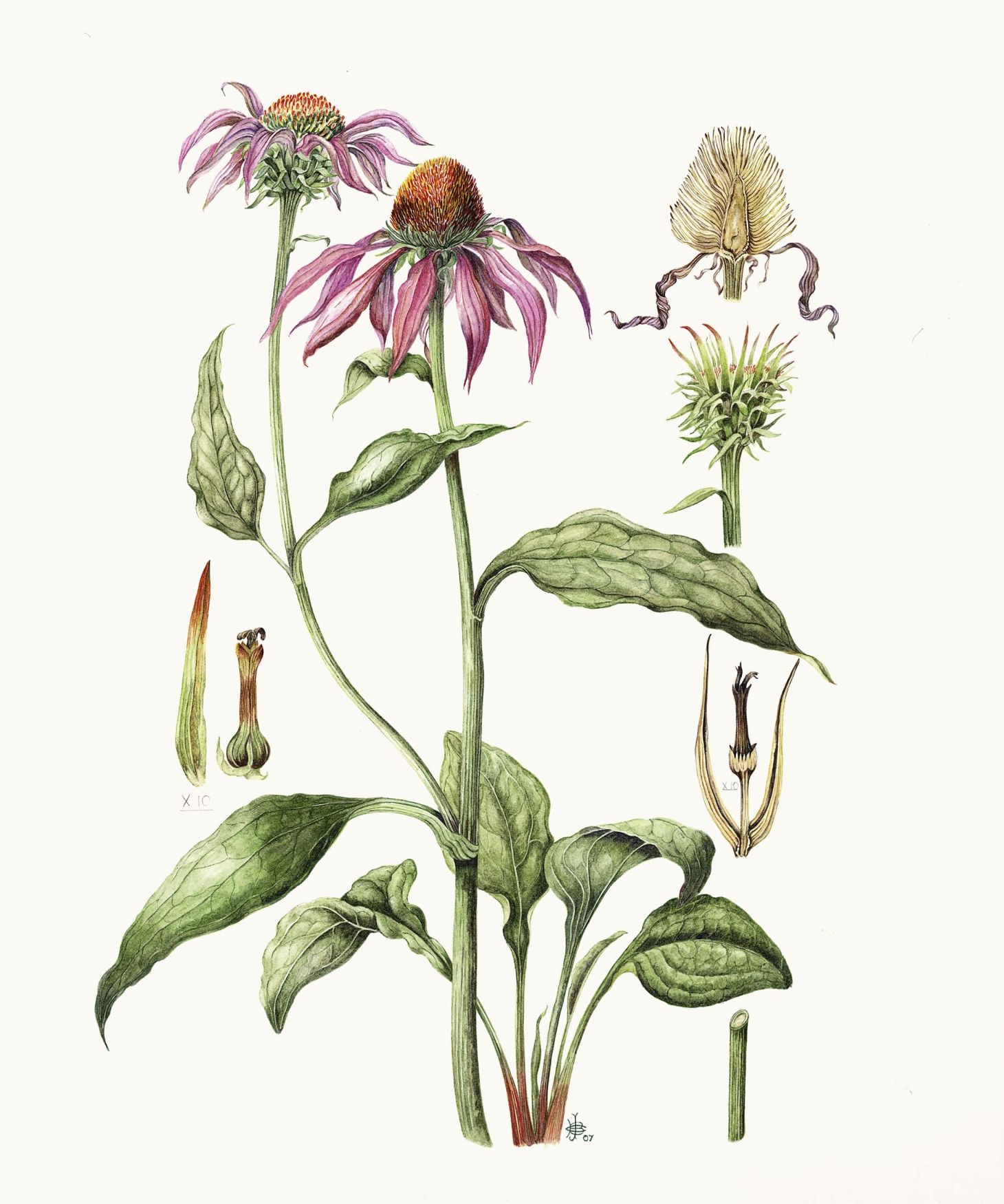 Description –
Echinacea angustifolia is a perennial herbaceous plant with spindle-shaped taproots that are often branched, with a height ranging from 10 to 50 cm.
The stems and leaves are moderately to densely hairy.
The leaves are dark green and can be oblungo-lancey or elliptical in shape.
The plant produces a head and a branch, each at the end of a long peduncle. Each flower head contains 8–21 petals ranging from pink to purple and 80–250 small orange flowers, which form the central part.
The antesis is from late spring to mid-summer.

Cultivation –
Echinacea angustifolia does not pollinate itself and, to do so, it needs pollinating insects and bees in the reproduction process.
Echinacea angustifolia is a perennial herbaceous plant, which produces flowers and lives more than two years; in addition, the plant is known to grow at a slow pace and is resistant to drought in the prairies.
It prefers rich, deep soil with plenty of decaying leaves and a sunny location.
The plant can be reproduced by seed, an operation that must be performed in March – April in a cold greenhouse with light seed coverage.
Fluctuations in daytime temperature aid germination. The seed usually germinates in 10 – 21 days at 25 ° C. the transplant must be performed in late spring or early summer of the following year and the plant must be protected from snails until it reaches an adult size.
It can also propagate by division, in the autumn or spring period; in this case the larger clumps can be replanted directly into their permanent locations, although it is better to arrange the smaller clumps and grow them in a cold greenhouse until they take root well. The transplant must then be done. Finally, it is possible to start from root cuttings, to be reproduced in October in the greenhouse.

Customs and Traditions –
Echinacea angustifolia is a plant that has long been used by Native Americans who used it for a variety of medicinal purposes, including to relieve pain, colds, and toothaches.
The plant has been used, always by the Indians of North America, as a universal application to treat bites and stings of all types of insects. An infusion of the plant has also been used to treat snake bites. The root is adaptative, alterative, antiseptic, purifying, digestive, sialagogue. The plant has been used as a diaphoretic.
Echinacea angustifolia has, in fact, a number of unique medicinal properties that have been shown to help the immune system, lower blood sugar, and prevent the proliferation of cancerous cells.
The hydroalcoholic root extract of the plant is rich in phenols and flavonoids, two components that have been shown to increase antioxidant activity in organisms. The connection between phenols and flavonoids and antioxidant activity was confirmed in a recent study that showed a higher level of protection against the harmful effects of free radicals.
Echinacea angustifolia root extract also has a higher number of alkylamides than the Echinacea purpurea subspecies.
Alkylamides have immunomodulatory effects that support the suppression and activation of the immune system.
Another important medicinal property found in Echinacea angustifolia hydroalcoholic root extract is to lower blood sugar levels, also known as hypoglycemic effects. This plant also has anti-proliferation effects, particularly in pancreatic cancer cells, where cell division is inhibited.
Because of its medicinal properties, Echinacea angustifolia is one of the most important medicinal herbs in the world. Research shows that it has the ability to increase the body’s resistance to bacterial and viral infections by stimulating the immune system. It is also antibiotic and helps relieve allergies.
There have been doubts about the body’s ability to orally absorb the active ingredients from a medical point of view (intravenous injections are considered the only effective way to administer the plant), but recent research has shown significant absorption from administered applications orally.
The active ingredients contained within the different species of echinacea can vary from both a qualitative and a quantitative point of view. However, it can be said that the main chemical constituents contained in all three major species of echinacea, are:
– Flavonoids;
– caffeine acid derivatives (chicoric acid, chlorogenic acid and echinacoside);
– Polysaccharides with immunostimulating activity;
– Polyphenols;
– Glycoproteins with immunostimulating activity;
– Alkylamides;
– Essential oil;
– Polyenes.

Preparation method –
For medical applications derived from this plant, both the whole plant and especially the hydroalcoholic root extract are used.
The root It is harvested in the fall and dried for later use.