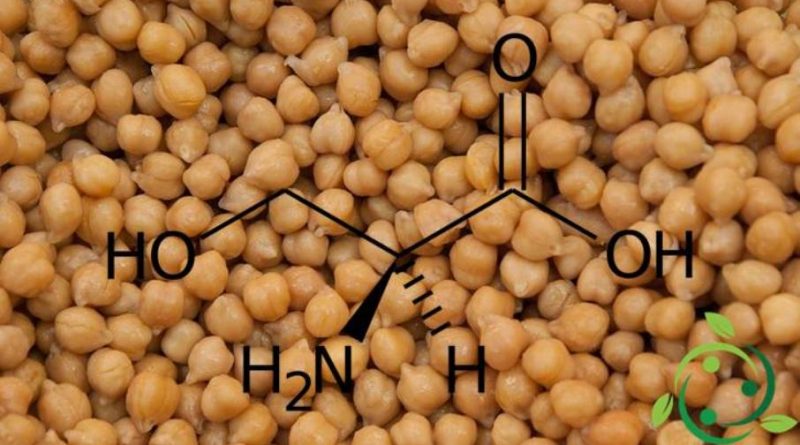 Serine, whose term in the official IUPAC nomenclature is: 2 (S) -amino-3-hydroxypropanoic acid, is a polar amino acid with brute or molecular formula: C3H7NO3.
The serine molecule is chiral and the L enantiomer is one of 20 ordinary amino acids, with a lateral group bound to a hydroxyl group.
Serine is not an essential amino acid, as the human body is able to synthesize it and is involved in some defects and serious effects of diabetes.
In fact its lateral group can undergo O-glycosylation reaction, that is the addition of a glucose molecule; this involves her in the chain of biochemical reactions that explain some serious effects of diabetes.
It is an amino acid that derives in part from the amino acid glycine and in part can be taken through the diet. Serine, through a reaction catalyzed by serine methyltransferase, SHMT, is transformed into glycine by transferring a carbon atom to the tetrahydrofolate which is transformed into the methylentetrahydrofolate, the most versatile form of “folate” in the cell.

Its main function is to promote creatine synthesis. It also has the function of producing cellular energy, so that it can provide energy and caloric reserves to the liver and muscle. Among the foods more rich in serine include: egg pasta, chickpeas, broad beans, lentils, peanuts, hazelnuts, rabbit, chicken, fish, cheese, and chicken egg.
Serine (such as tyrosine and threonine) may also undergo phosphorylation with phosphoserine formation at its side chain.
Serine can be used for the production of metabolic energy, in the form of ATP. To do this it must first be dehydrated in a reaction catalyzed by the enzyme serine dehydratase, which removes a water molecule in the form of a hydroxyl group and a hydrogen atom from the Cα. The intermediate that is formed undergoes a transamination reaction: it transfers its amino group to α ketoglutarate and turns into pyruvate.
In turn, the pyruvate can be oxidatively decarboxylated in acetylCOA from the pyruvate dehydrogenase complex, or it can be carboxylated in oxalacetate by the enzyme pyruvate carboxylase (first step of gluconeogenesis) and transformed into glucose.