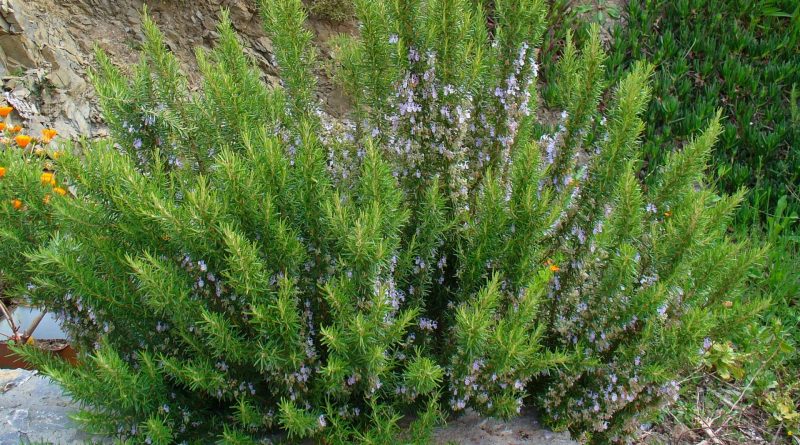 The rosemary (Rosmarinus officinalis, L., 1753) is a shrub belonging to the family Lamiaceae.eae.

Systematic –
From a systematic point of view of the Rosmarinus officinalis it belongs to the Domain Eukaryota, the Kingdom Plantae, Division Magnoliophyta, class Magnoliopsida, Order Lamiales, Lamiaceae family, Rosmarinus to Gender and then the species R. officinalis.

Etymology –
The genus Rosmarinus derives its name from the combination of two Latin words “ros” (dew) and “marinus” (sea). The name was created in order to describe the delicate bluish tint of flowers, comparing it to wrinkling of the waves. The specific name is derived from the many types of medicinal uses that the plant has been known for centuries and centuries throughout the Mediterranean basin.

Geographic Distribution and Habitat –
The Rosmarinus officinalis prefers stains and garrigue, preferably on limestone, from sea level up to 800 meters. It is one of the most common components and characteristic of the Mediterranean low bush.
A native of Europe, Asia and Africa, is now naturally in the Mediterranean coastal areas, garrigue, scrubland, rocky cliffs and sunny inland, from sea level up to the hill, but it has acclimatised well in the area alpine lakes and in the Po Valley in stony and hilly places. 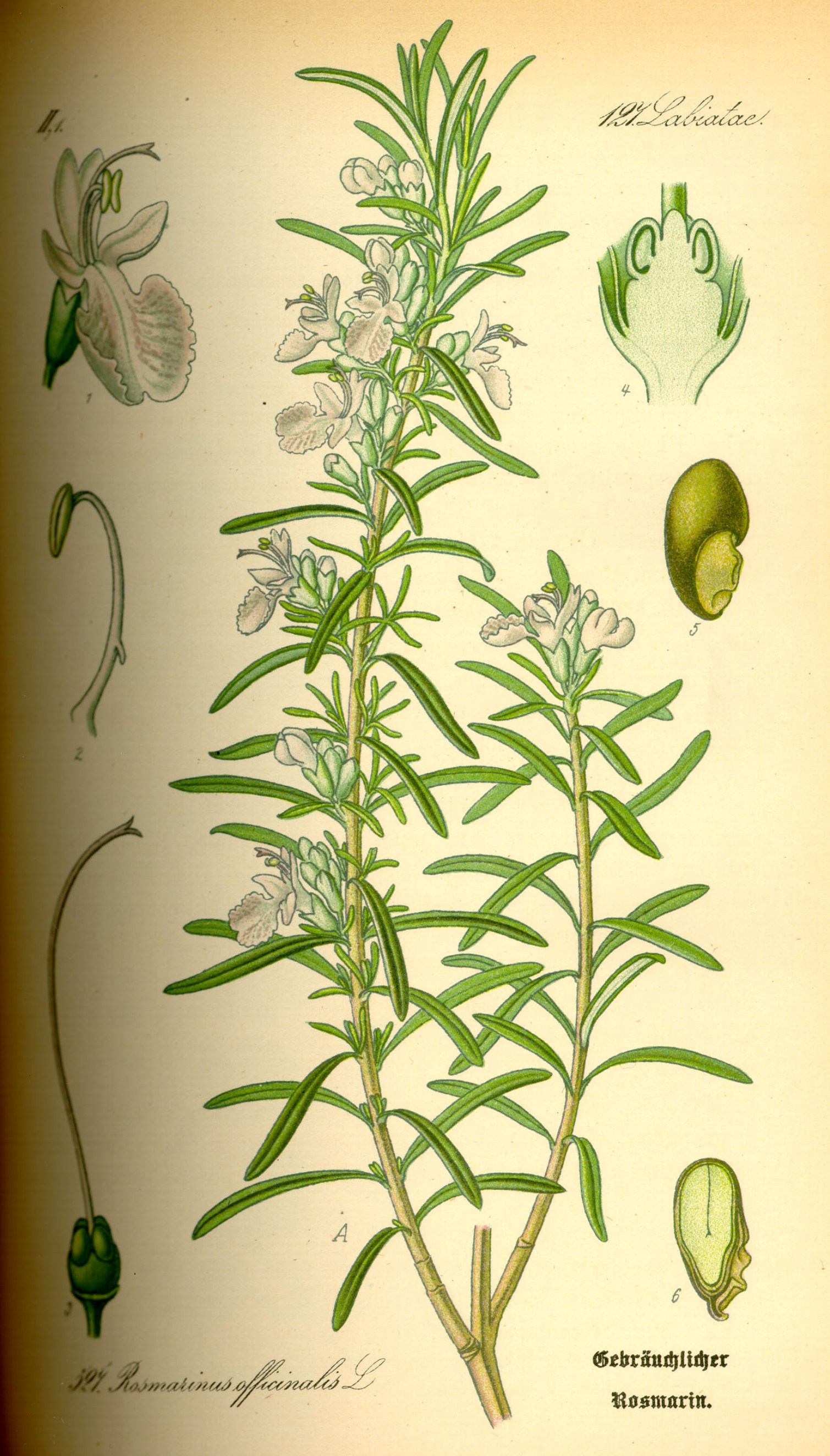 Description –
Rosemary is a shrubby plant that can reach heights of 50 to 300 cm. The roots are deep, fibrous and tough, anchors; has woody stems of light brown color, ascending or erect prostrate, highly branched, young branches hairy gray-green color are quadrangular section.
The leaves, persistent and leathery, are 2-3 cm long and 1-3 mm wide, sessile, opposite, linear-lanceolate thickened numerous on twigs; shiny dark green on the upper surface and whitish on the bottom for the presence of white hair; They have slightly revolute margins; rich in oil glands.
The hermaphrodite flowers are sessile and small, gathered in clusters of overlapping flowering short armpit leaves, forming long spicastri elongated, bracteates and leafy, with bloom from March to October, in the more sheltered positions intermittently throughout the year.
Each flower has a calyx campanulate, tomentose with tridentate upper lip and the lower bifid; the corolla of indigo-purple, blue-purple or, more rarely, white or pale blue, is bilabiate with a slight bulge at the maw; the upper lip is two-lobed, the lower three-lobed, with the largest median lobe of the lateral ones and spoon-shaped with wavy margin; the stamens are only two filaments provided with a small tooth at the base and placed in correspondence of the fauces of the corolla; the ovary is unique, and overcome the quadripartite.
Pollination is entomophilous since it is made by pollinating insects, including honeybees, attracted by the scent and nectar produced by flowers.
The fruits are tetracheni with free achenes, oblong, smooth, brownish.