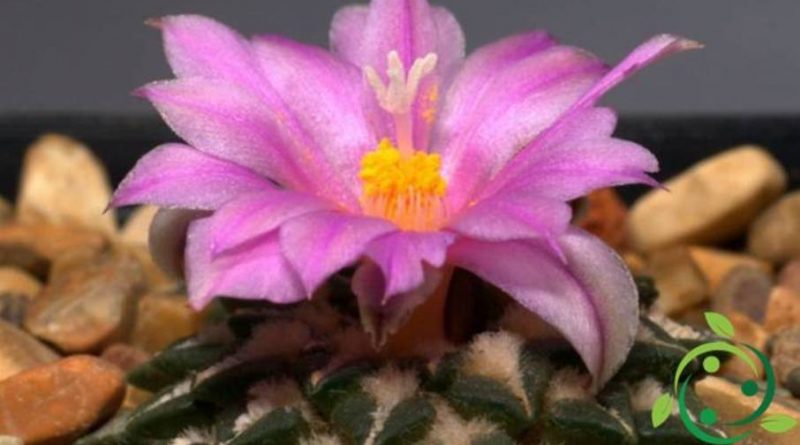 How to grow Ariocarpus

Ariocarpus (Ariocarpus Scheidw.) Are a genus of succulent plants belonging to the Cactaceae family.
These plants are native to Mexico. These are plants that can be recognized as they are flattened at the apex, with a robust root system with taproots, and very robust tubercles, which in some species become similar to rock formations.
Among the species of Ariocarpus we remember:
– Ariocarpus agavoides;
– Ariocarpus bravoanus;
– Ariocarpus × drabi;
– Ariocarpus fissuratus;
– Ariocarpus kotschoubeyanus;
– Ariocarpus retusus;
– Ariocarpus scaphirostris.
In this card we will see how to cultivate Ariocarpus following the most appropriate agronomic tricks.
In general it can be said that the cultivation of the Ariocarpus is considered difficult, this is because they often do not follow the principles of cultivation adapted to the physiological needs of this plant which, if well cultivated, provides a luxuriant flowering from September until the end of November.
One of the factors that penalizes the cultivation of this plant is certainly the extreme slowness of growth.
In the first years after sowing, growth will be more limited, while after some years the growth will become more rapid.
The maturity of the plant and therefore the flowering occurs in a different way: the smaller species use less and sometimes already at the fourth year of age they bloom, the larger species instead employ at least ten years.
Let’s start with the substrate. The soil on which to grow Ariocarpus must be very poor in humus and preferably pH neutral.
For this reason we recommend a mixture of loamy soil, of the peaty fine substrate in modest quantity and pumice of fine granulometry in abundance.
When choosing pumice, care must be taken to avoid stones with sharp edges that could injure the plant’s tap-root and lead to its death and it is for this reason that some advise against using volcanic lapillus.
In any case it is good that the substrate has these characteristics and with a good drainage so as to be similar to that of the areas where this plant is natural.
A usable material is the scaly marl which is a gray friable rock highly affected by erosion and which is in a strong state of crushing in various areas of the entire Apennine ridge.
Now let’s see the exhibition. The Ariocarpus need full sun and, at times when the temperatures are high enough they must be abundantly watered, taking care not to wet the plant.
Remember that the more frequently you water, the greater the growth, but this technique also involves the danger of the onset of rot.
Once in winter the plants will then have to remain completely dry and at a temperature of 5-10 ° C; irrigation will have to start again in spring, when the plants begin the vegetative growth, with increasing amounts of water with the good season.
An important precaution, to avoid stagnation near the collar of the plants, is to place, in the part near the collar, inert material, such as a mix of pumice and lapillus with a grain size of 3 mm. or quartz gravel.
Let’s move on to the repotting technique.

In this sense, even if the earthenware containers are a good breathable material allowing a faster drying of the culture substrate, on the other hand however, due to the lateral recall of water, the thin roots of the plants will tend to concentrate on the wall of the vessel leading to the consequence that the earth of the pot will be badly used causing also a greater water stress to the plant. Furthermore the external walls will see a greater concentration of mineral salts which tend to accumulate in such points and this can make the plant suffer.
Following these observations it is therefore better to choose, for the cultivation of Ariocarpus, plastic pots that will have to be very deep to favor the development of the root and a measure that will allow the plant to remain there for many years without resorting to frequent repottings that are not particularly appreciated by this kind of plants.
A very important feature of the repotting is then to avoid damaging the central taproot, leaving the plant once it has been removed from the ground bread and drying well even for a couple of weeks in a position of luminous shadow. Once transplanted it will be necessary to wait at least 10 days before carrying out the first irrigation.
With the first irrigation it is advisable to add a good fungicide to the water.
Among the techniques to accelerate and propagate rare plants as quickly as possible is to use Pereskiopsis grafting. The Pereskiopsis must in any case be cultivated with a soil rich in organic matter, with abundant watering and fertilization and high temperatures. In winter it is good that the minimum temperature does not go below 10 ° C.
As with all grafts, it is extremely important that at the time of the attempt the plant is at its maximum vegetative vigor. The Pereskiopsis should be cut at a height of about 10-15 cm with a horizontal cut made with a well cleaned and disinfected blade. To prevent the cut from drying, it will be necessary to cut a second disk of Pereskiopsis with a thickness of a couple of millimeters which will be left resting on the stem to prevent the cut from drying. At this point you can take an Ariocarpus seedling of the age of a few months and proceed with a clean cut at the point where the small plant is thicker. Once this is done, remove the slice from the Pereskiopsis and gently position the scion on the rootstock without compressing too much. Once this operation has been carried out, we will have to place our plant in a shady and not too hot place, covering it with a bag for a couple of weeks.
With this technique we will obtain an Ariocarpus plant that will grow quite quickly and that can be left on the rootstock until it is able to adequately feed the plant. Subsequently the scion can be detached from the rootstock and, after having cleaned the same from all the residues of Pereskiopsis, left to dry for at least two weeks, it will be possible to grasp it by placing it on a very mineral substrate and in a position of very bright shadow placed at take root.
After that, gradually, the plant will take on a more natural and less swollen appearance than the cultivation of the grafted plant.
Another multiplication technique, to produce many more plants but, of course, with their growth times is that of sowing.
The Ariocarpus can be reproduced by sowing. This technique must be carried out using deep vessels, so as to favor an adequate development of the taproot before transplanting. Sowing can take place in a soil composed of lava, pumice and a small part of fine peaty soil.
As usual the sowing surface must be covered with a layer of a couple of millimeters of inert material such as fine lapillus or grit of the aquarium type.
The seeds will be sprinkled on the surface without burying them.