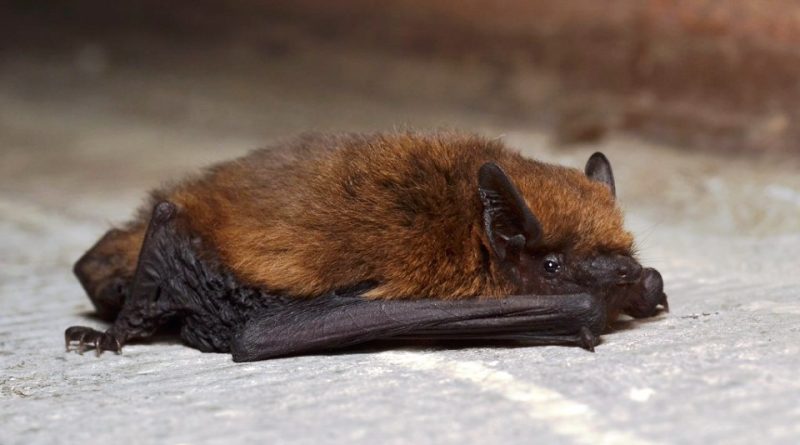 The common pipistrelle (Pipistrellus pipistrellus Schreber, 1774) is a bat belonging to the Vespertilionidae family.

Geographic Distribution and Habitat –
The common pipistrelle is a common chiropteran in the Palearctic Ecozone. It is present in a vast range that goes from Europe (to the N just beyond the 60 ° parallel, in Norway for example up to 62 ° 45 ‘latitude), from North-west Africa and from Libya (Cyrenaica) to Kashmir and north-west China, through south-west Asia, where in the N it reaches approximately 45 ° N latitude, while in the S it reaches 35 ° in the south-western part and 25 ° in the eastern part (north-eastern India and northern Burma); also present in the Maltese Islands and in the major ones of the Mediterranean, with the exception of Cyprus.
In Italy, the species is present throughout the territory.
Its habitat is that of urban environments but also of woods and forests of all kinds up to 2,000 meters above sea level. 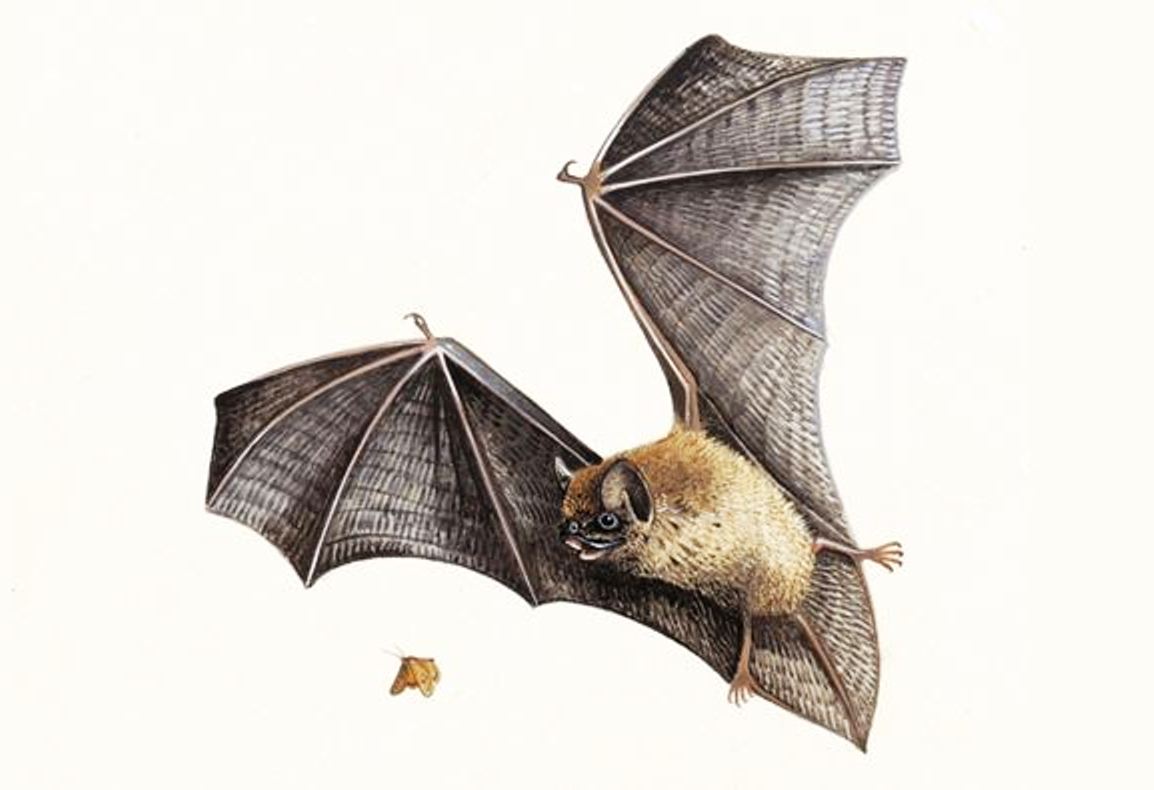 Description –
The Pipistrellus pipistrellus has small dimensions and is recognized for having a head-body length of 36-51 mm, tail length of 23-36 mm, forearm length of 28-34 mm, foot length of 6-7 mm, length ears of -13 mm, a wingspan of up to 24, for a weight that varies between 3.5 and 8.5 grams.
It has a short, dense and soft fur, with the dorsal parts ranging from light brown to sand colored in the subspecies P. p. aladdin, while the ventral parts are slightly lighter and sometimes with yellowish reflections. The base of the hair is blackish everywhere.
The muzzle is broad, with two glandular masses on the sides. The eyes are small. The ears are triangular, well separated from each other, with a rounded tip and a small round lobe at the base of the rear edge. The tragus is short, with a rounded tip and a triangular projection over the base of the posterior margin. The wings are attached posteriorly to the base of the toes, which are small. The tip of the long tail extends slightly beyond the broad uropathicus. The limestone is long and has a small lobe.
This bat emits high duty cycle ultrasound in the form of short duration pulses at an initial frequency of 90 kHz and final frequency of 37 kHz.
The flight is fast, agile and performed at 2-10 meters above the ground, characterized by swoops and circular paths.

Biology –
This bat becomes sexually mature, in both sexes, after one year of age and hibernates from November to April mainly in large churches and other buildings, caves, mines, cellars and cracks in walls where the temperature is 0- 6 ° C and relative humidity of 85%. It can change hibernation several times during this period, which is interrupted every 1-4 weeks by sudden awakenings.
The common pipistrelle gives birth to a small, more rarely two, in the period from May to July.
The unborn child opens his eyes after 8 days of life, is able to fly after a month and is completely independent at a month and a half. The maximum life expectancy is 16 years and 7 months.
It tends to take refuge in colonies of up to 100,000 individuals inside buildings, among rocks, in tree holes and in bat-boxes.
It can form groups of up to several thousand individuals who also choose environments heavily frequented by man, illuminated even at night, on the floors, in various types of containers such as vases, chandeliers and more. The reasons for this behavior are completely unknown.
The females tend to aggregate in nurseries of 20-250 individuals, often together with Nathusius bats, stabilized in April or May and abandoned in August, while the males live solitary in territories defended by other males in which later they will also find place 1-10 females.

Ecological Role –
Pipistrellus pipistrellus tolerates cold and can fly even in the middle of winter in areas covered with snow, while it rains and in strong winds.
In order to feed, the predatory activity begins at dusk, from 5 to 20 minutes after sunset, but it can also emerge in broad daylight especially at the end of winter, in spring and autumn.
Its diet is based on insects, particularly chironomids, lepidoptera and trichoptera captured in flight on lakes, ponds, along the forest edges, in gardens, in landfills, along roads and around street lamps.
It generally does not move more than 2 km from the shelters, the females during the reproductive period divide the activity into two peaks separated by a period dedicated to breastfeeding. It is a mainly sedentary species, however in some areas it is capable of migrating up to 770 km.
As far as its conservation status is concerned, the IUCN Red List, considering the vast range and the lack of evidence of a significant decline, classifies Pipistrellus pipistrellus as a species with minimal risk (LC).
This bat, in fact, has been called the most common and abundant bat species in continental Europe and the United Kingdom. Notably, however, these judgments were issued before it was split into two species in 1999.
As of 2008, the IUCN noted that there was no evidence of rapid population decline except in the UK, where the government created a species action plan to bring its population back to pre-1979 levels. Its decline in the UK has been attributed to the loss of foraging habitat due to intensification of agriculture.