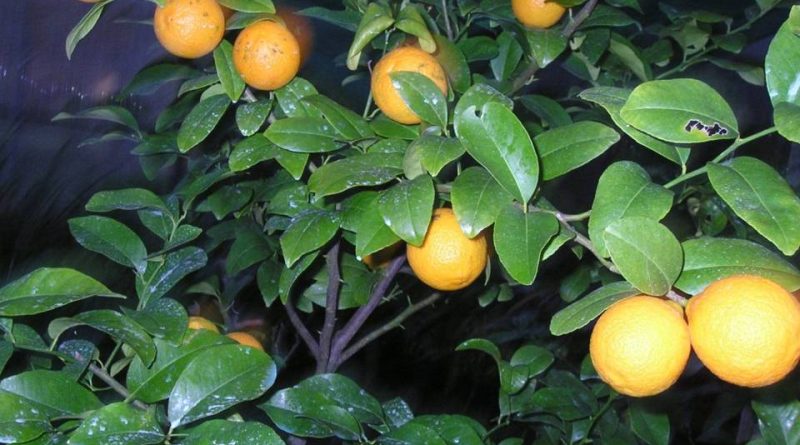 The Volckamer lemon (Citrus volkameriana Ten. & Pasq.) Is an arboreal species belonging to the Rutaceae family.

Etymology –
The term Citrus comes from the Latin name of cedar and lemon, from the Greek Greek κέδρος kédros cedar and κίτρον kítron lemon
The specific Volkamerian epithet is in honor of the German botanist Johann Christoph Volkamer.

Geographic Distribution and Habitat –
Citrus volkameriana is a hybrid species, probably native to Italy but is more widespread in the United States and Europe and, to a lesser extent, in East Asia.
Its natural habitat is not known. 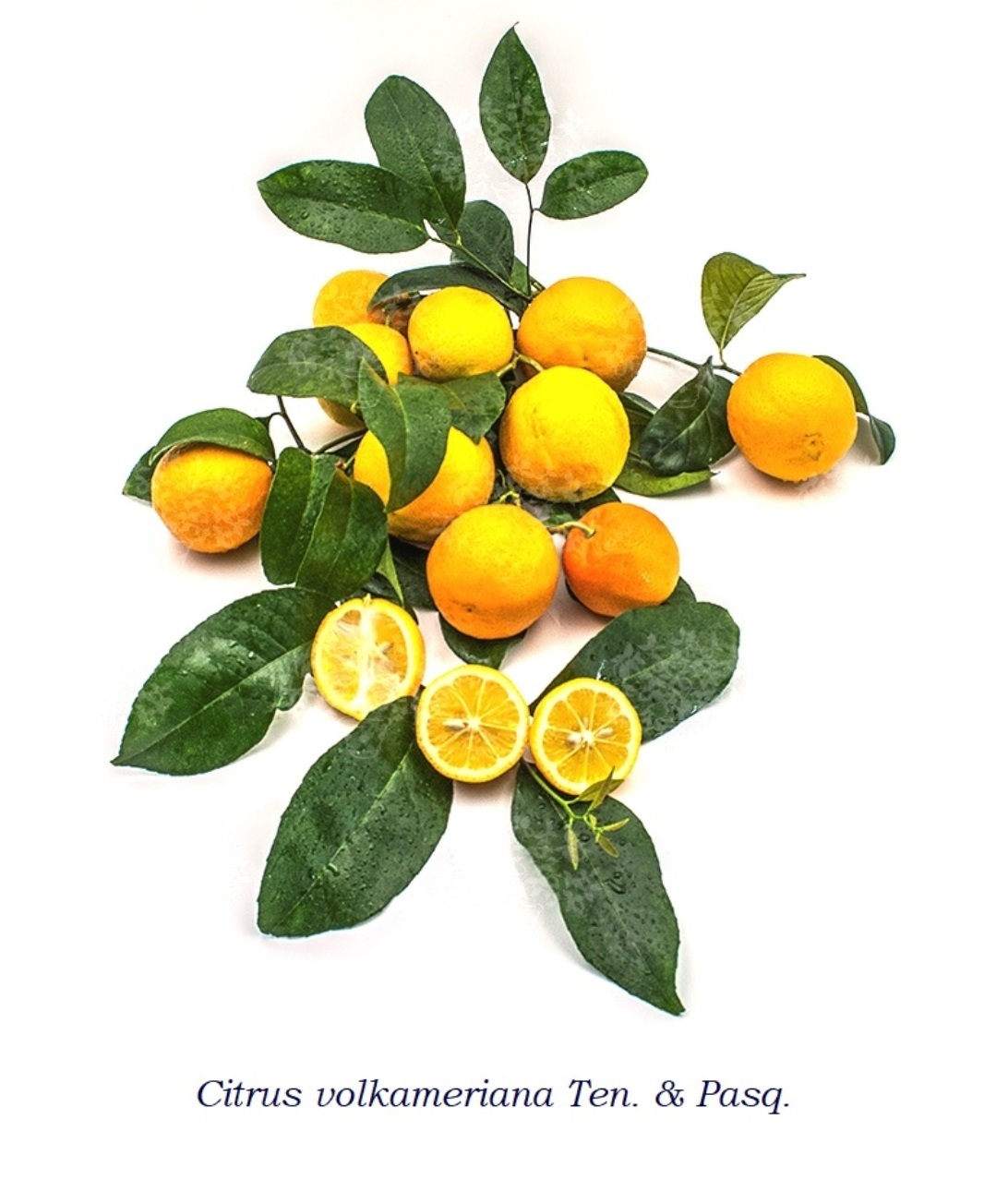 Description –
The Citrus volkameriana The Citrus volkameriana is a small-medium sized tree, densely branched and with high yield, often weighed down by the fruits.
The leaves are elliptical in shape, dark green and semi-coriander.
The flowers have five white petals, up to 2 centimeters long, tinged with pink on the outside. The ripe fruit has the average size of an orange, has a rather thick rind that varies from yellow-orange to egg yellow, ending with a nice carrot color; the pulp has a flavor similar to that of the common lemon, is light in color and has seeds.

Cultivation –
Citrus volkameriana is a very cold resistant lemon, very rustic and used as a rootstock.
It is a fast growing tree and adaptable to many soil conditions. It is not susceptible to tristeza virus, exocortis, or xyloporosis viroids, but is susceptible to citrus nematode and phytophthora root rot, but less so than lemon.
Reproduction occurs by grafting or, more difficultly, by layering or cutting (it does not bear fruit if propagated by seed).
For its cultivation, irrigation is necessary from spring onwards.
From a pedological point of view it has the same needs as other citrus fruits.

Customs and Traditions –
Citrus volkameriana is known by several names: Volckamer lemon in English, 沃 尔卡默 柠檬 in Chinese, citron de Volkamer in French, Limone Volkameriano in Italian and chanh Volkamer in Vietnamese.
This plant is a citrus hybrid grown for its edible fruit.
Like lime, Rangpur is a hybrid of a mandarin (C. reticulata) and a cedar (C. medica).
The fruit tastes as unpleasant as you might expect.
This plant has been cultivated for at least three centuries and is used as rootstock for other citrus cultivars due to its resistance to many diseases that affect members of the genus Citrus.

Preparation Method –
The Citrus volkameriana is a citrus fruit whose fruit can be eaten or also used for its juice but the main use is that of a species used as rootstock for other citrus fruits.