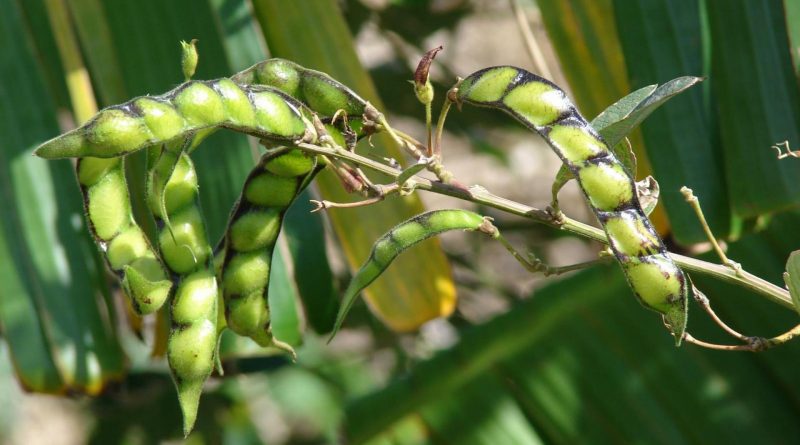 The Caiano (Cajanus cajan L., 1753) is a plant of the Fabaceae family native to Asia and is a short-lived shrub (from 1 to 5 years), but in culture it is treated as annual.

Systematics –
From a systematic point of view the Caiano belongs to the Eukaryota Domain, Kingdom Plantae, Magnoliophyta Division, Magnoliopsida Class, Fabales Order, Fabaceae Family, Faboideae Subfamily, Phaseoleae Tribe and therefore to the Cajanus Genus and to the C. Cajan Species.

Etymology –
The name certainly derives from the Malay katjany, which in the original language means bean. The English-speakers call the Caiano “pigeon of the pigeon”; in India, its land of origin, you find it as “arahar dal”.

Geographic Distribution and Habitat –
The origin of this plant seems to be the Indian peninsula. It is a particularly resistant plant, so it adapts itself to unfavorable climatic conditions and drought: it is present in most of Africa and Asia. 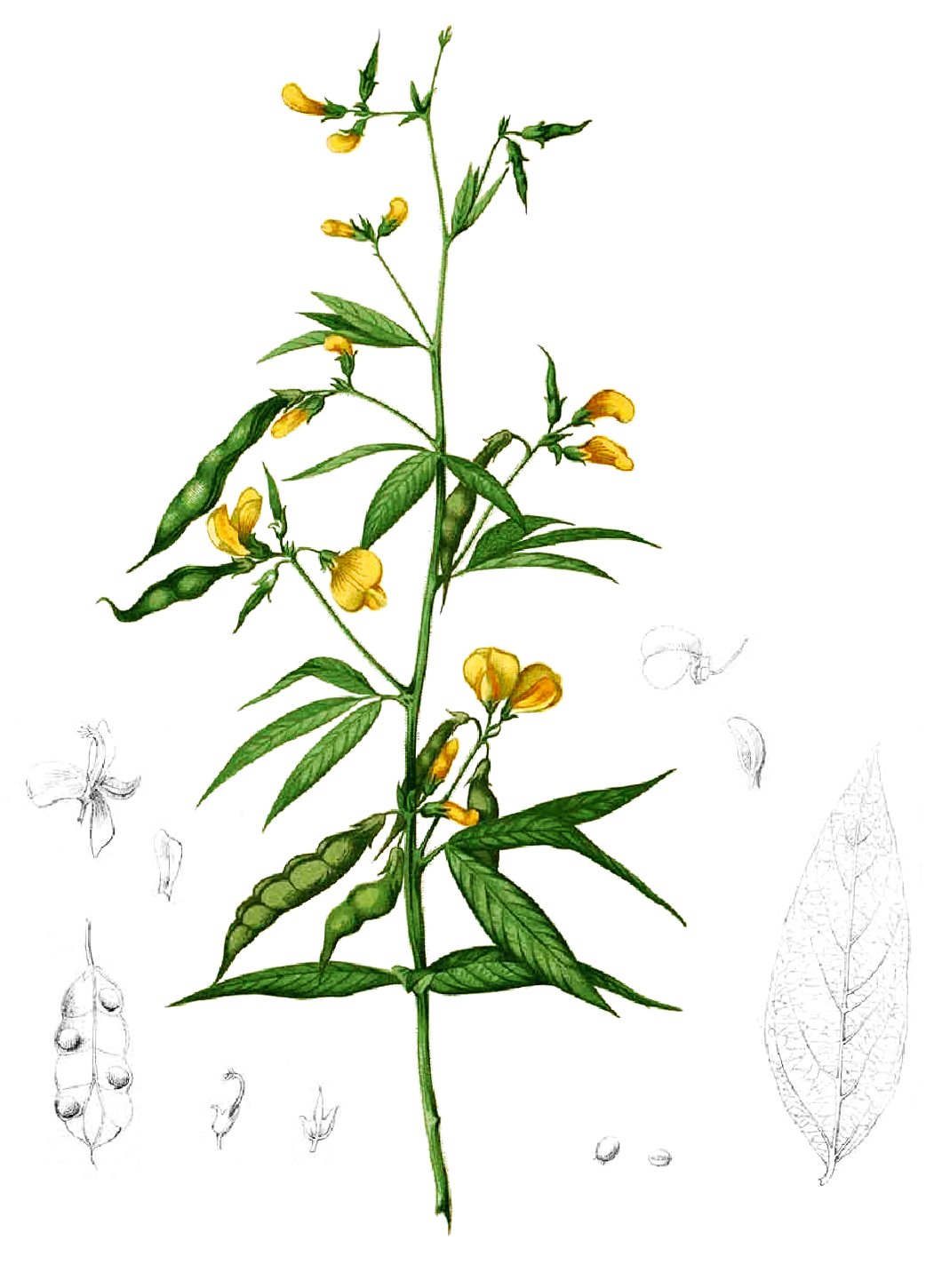 Description –
The Caiano, known in botany, as said, as Cajanus cajan is a tall plant from 1 to 4 m and very branched; it is sprinkled with dense hair. The leaves are composed of three lanceolate leaflets, with prominent ribs. The numerous flowers are arranged in racemes and yellow, with the same structure as those of the broom, and the banner almost always streaked with brown. The fruits are crushed legumes, pubescent, adherent to the seeds; these are of variable color depending on the cultivars (usually the Indian seeds are yellow), with a number varying from 2 to 5 per pod.

Cultivation –
For the cultivation of this legume all the rules adopted for other similar legumes like pea are valid. But the most important thing about this legume is that it can exploit humidity and therefore even more exasperated drought conditions and therefore can adapt very well to the arid climates of the Italian peninsula. This does not mean that there is no advantage (like all plants) of irrigation, but given its characteristics it is preferable to implement crops in areas where other plants find difficulty and integrate not only the business balance but especially the ecological (for its contributions of nitrogen). Whether to adopt mechanical harvesting or not this depends on the cultivated areas.
I advise you to introduce this plant for small quantities and understand its adaptation and its vocation to the soils of your company since it is a culture still experimental but of interesting characteristics.
However, the caiano adapts well to drought soils, but to give a good yield needs high temperatures (above 35 °).

Uses and Traditions –
Because of its legumes, similar to peas, it is cultivated in much of Asia and Africa. The Caiano contains many proteins and amino acids such as: methionine, lysine, and tryptophan. Its food origin is lost beyond the mists of time. A recent Canadian study set in Africa – of the University of Calgary taken from Le Scienze – has reconfirmed the role of cereals and legumes in nutrition 100 thousand years ago, so well before what has been established so far (90 thousand years ago, about ), and obviously long before the invention of agriculture (10-12 thousand years ago). Some findings have been made in some caves and among them the small cereal sorghum or dagussa and the small legume Cajanus cajan, also called pigeon-pea “pigeon pigeon”.
In its wandering through many arid and sub-tropical tropical areas of the world, the caiano has been manipulated in many different varieties: in Kenya it is mostly a variegated rust-colored caiano, in the States of the Centramerica some very dark dried caiano seeds are used, almost blacks. The “gandules” of Puerto Rico are light green, also because they are almost immature.
On the caiano lives a parasite, the Kerria lacca cochineal, which provides a very fine shellac.
The protein and amino acid content is important, especially for tryptophan, methionine and lysine. As for its nutritional characteristics, here are some analytical data on 100 grams of product: Calories 343, Fat 1.5 g, Saturated fatty acids 0.3, g, Polyunsaturated fatty acids 0.8 g, monounsaturated fatty acids 0 g , Cholesterol 0 mg, Sodium 17 mg, Potassium 1,392 mg, Carbohydrates 63 g, Dietary fiber 15 g, Proteins 22 g, Calcium 130 mg, Iron 5.2 mg, Magnesium 183 mg. Vitamin A 28 IU, Vitamin C 0 mg, Vitamin D 0 IU, Vitamin B6 0.3 mg, Vitamin B12 0 μg.

Preparation Mode –
The ways of cooking this legume originate from the kitchens of its countries of origin. A beautiful demonstration of how much the plants travel in the world comes from discovering what is the national dish of Puerto Rico: it is the “arroz con gandules”, ie rice (also Chinese of origin) served with the Caiano, a legume, which as mentioned , provins from the Indian peninsula.
The peas of the pigeon, highly nutritious and taste more similar to that of soy that to that of our peas, you can cook like all other legumes, and even the immature pods are eaten, as you eat the green beans. The Caiano seed can undergo other treatments: in Indonesia, for example, a sauce replacing the soy sauce is obtained by fermentation; from other parts of Southeast Asia a flour is made for the preparation of noodles, the typical “spaghetti” of the oriental peoples.
In short, a legume on which there is much to work and that must be recovered even from the dawn of time.