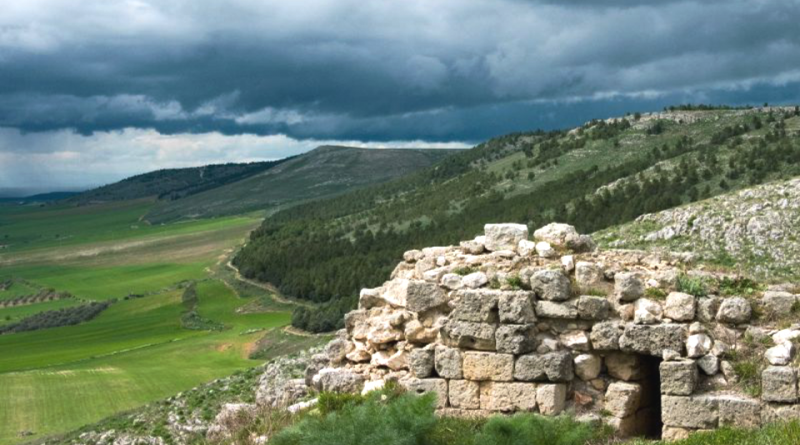 The Alta Murgia National Park was established on 10 March 2004. It is a protected natural area located in Puglia between the provinces of Bari and Barletta-Andria-Trani, with administrative headquarters in Gravina in Puglia.
The territory of the Alta Murgia National Park has been shaped over millennia mainly by the forces of erosion. The canyon of Gravina in Puglia, which descends towards Matera and Bradano, marks the southwest boundary of the protected area. Near Altamura there are the impressive karstic dolines of Pulicchio and Pulo, which exceed 100 and 70 meters respectively. Although this landscape has been modified over the centuries by man, Alta Murgia preserves a fauna and flora of great interest.
The Alta Murgia National Park covers an area of ​​68,033 hectares and extends in the province of Barletta-Andria-Trani and the metropolitan city of Bari, on the highest part of the Murge plateau of the North-West. This territory coincides with a part of the more extensive Special Protection Zone established to protect the Steppe to Gramineae, habitat of the Falco Grillaio which is a SIC area (Site of Community Importance).
As for the vegetation aspects, in the rocky prairies we find trees typical of the Mediterranean vegetation, such as the common cypress but also the sylvan pine that does not belong to the Mediterranean vegetation; we also find portions of territory with oak woods with specimens of oak, fragrant, spiny oak, holm oak, Turkey oak and farnetto. In addition, there are very common species of low and medium grass, such as the asphodel and the ferula.
In the undergrowth there are notable presence of honeysuckle, hawthorn, butcher’s broom, cistus and myrtle. On the rock formations there is the caper, as well as aromatic plants such as rosemary and oregano. In the park can easily meet plants or shrubs of food interest, such as asparagus, walnut, fig, almond, ramno, medlar, blackthorn, raspberry and blackberry.

There are numerous flowers such as clematis, cyclamen, rose hip, gigaro, rose of San Giovanni and peony. Mushrooms are also present with many species including: carboncello, gallinella, as well as numerous other non-edible species.
In the Alta Murgia National Park there are many species of fauna, which find refuge and food in the caves and particular undisturbed habitats.
Once upon a time wolves were present, generally coming from Abruzzo or from the nearest Lucania which, following the drastic increase in the number of wild boar, began to reappear in the park.
Among the mammals are found: weasels, beech, porcupines, hares, squirrels, small rodents (moscardino, dormouse, mouse quercino, mustiolo, Savi vole and wild mouse) foxes and badgers, in addition to interesting wild cats. Also relevant is the presence of bats such as: horseshoe, lower horseshoe, horseshoe, mini-helicopter, senior vespertilio and Blyth’s vespertilio.
The reptile population is also present with numerous species: from the common rural lizard to the common tortoise and green lizard, to the Kotschy Gecko and various snakes, including the viper, the cervon, the rat snake, the collar snake and, in particular, the leopardino colubro. Although the territory is rather arid, we also find the amphibians as frogs and frogs, in addition to the more rare Apennine ulcula, urodelo and the Italian newt.
Among the birds we mention: the important (for their conservation) hen prataiola and occhione, as well as thrushes, blackbirds, whites, nightingales, owls, little turkeys, robins and corvids like the raven, the jackdaw and the hooded crow or magpie but also the red woodpecker and the green woodpecker and wild species of columbidae, such as the wild Colombo or the wild dove and the collared dove. Among the nocturnal birds, that can be seen after dusk, we remember: barn owls, owl, tawny owl, common owl and scops owl. Other birds present in the Park are: the calandra, the calandrella, the cappellaccia, the oriole, the wren, the blackcap, the tottavilla, the cesena, the strillozzo, the great tit, the blue tit, the tit bigia, the black bunting, the thrush bottaccio, the blackbird, the chaffinch, the bluff, and the lark and, in some periods, the pheasant, the lark and the quail.
There are also numerous falconids: the kestrel, the brown kite, the falcon and the peregrine falcon, the falcon falcon, adapted to the urban environment to the point of nesting on the Romanesque bell towers and on the tallest buildings of the historic centers and, for this reason , high risk in this historical context). But there are also a good number of buzzards and, fortunately, the great golden eagle is returning. Also present the red kite, the biancone, the minor albanella, the marsh harrier and the lanner, in addition to the gray heron.
In areas with rare presence of water, some migratory birds stop, such as the marzaiola and some storks.
Among the main attractions of the park we remember Castel del Monte which is one of the most famous castles of the entire southern Italian and world heritage. There are many attractions in the park.
Recall: the Mines of Bauxite in Murgetta in the territory of Spinazzola City of Pope Innocent XII and home of the first Templar Hospital of Puglia, the Swabian castle of Gravina in Puglia, the herbarium museum of Ruvo di Puglia, the municipal park Robinson with the annexed pinewood of Gravina in Puglia, the pinewood Galietti of Santeramo in Colle, the wood mesola of Cassano delle Murge, the municipal pinewood Lagopetto di Grumo Appula, the Mercadante Forest in the territory of Cassano delle Murge and Altamura, the Pulo di Altamura, representative the largest karst sinkhole in the area, about 6 kilometers north of the city of Altamura, the Lamalunga cave, a cavity that houses the man of Altamura, the dinosaur valley, where dinosaur footprints were found in 1999, in Altamura , the Pulicchio di Gravina, a very extensive karst doline, 10 km from the town of Gravina in Puglia, the Grave di Faraualla, a deep karstic sinkhole in the territory of Gravina in Puglia, the archaeological park of Botromagno and Padre Eterno of Gravina in Puglia, the Necropolis of San Magno in Corato, the Grotto of Santa Maria degli Angeli in Cassano delle Murge and the Bosco di Acquatetta (artificial) between the towns of Minervino Murge and Spinazzola. In the woods, specimens of oak and typical Mediterranean species such as the spiny oak or the holm oak are being re-naturalized.
Also special are the jazzi, rock buildings used during the transhumance periods, frequent especially in the territory of Andria, Gravina, Ruvo, Minervino and Spinazzola.