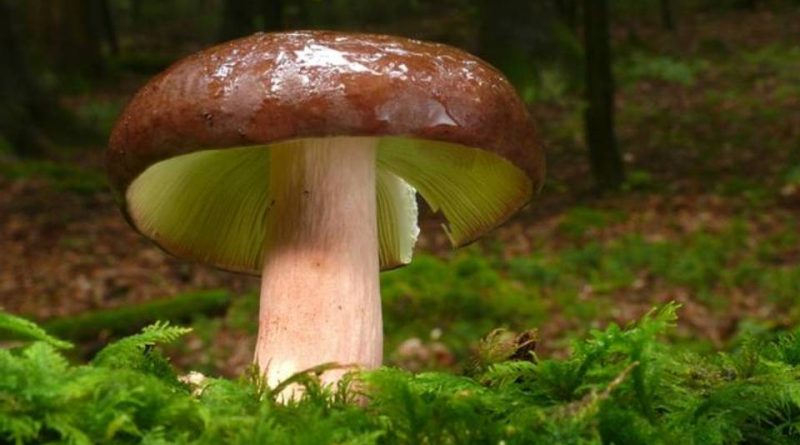 Systematics –
From the systematic point of view it belongs to the Domain Eukaryota, Kingdom Fungi, Phylum Basidiomycota, Class Basidiomycetes, Order Russulales, Family Russulaceae and therefore to the genus Russula and to the species R. olivacea.

Geographic Distribution and Habitat –
The Russula olivacea is a symbiotic mushroom that fructifies under broad-leaved trees (Beech) and under conifers (Spruce); the fruiting period ranges from summer to early autumn. 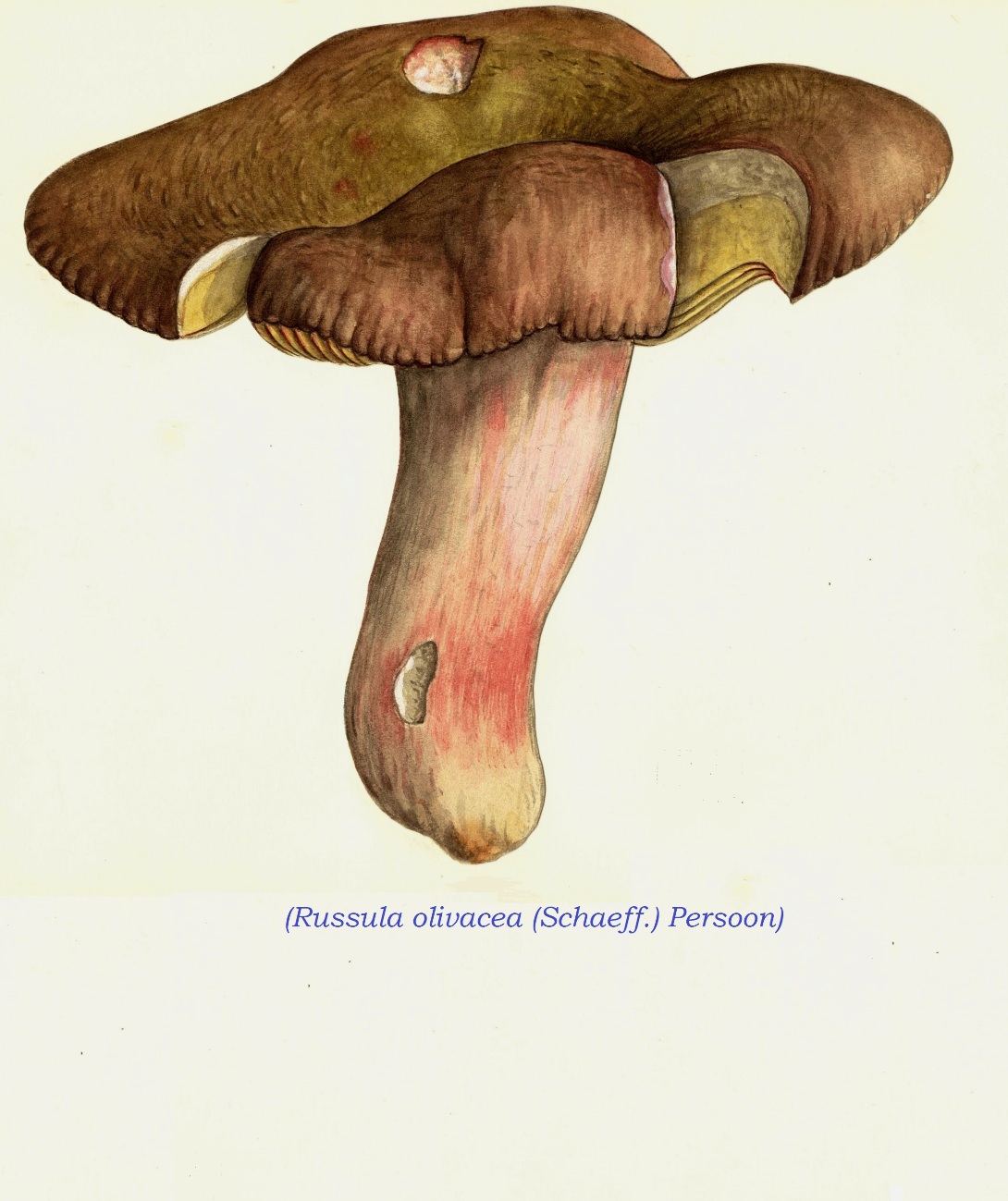 Description –
This mushroom is characterized by a hat of 8-16, up to a maximum of 20 cm in diameter, first convex, then flat with central depression, hard but not hard. The cuticle is opaque, dry, thin, separable for a third, with characteristic cracks that can be seen along the edge and a very variable color from green to brown-violet up to olive-gray. The lamellae are dense, then spaced, rather wide, slightly rounded, sometimes forked towards the stem, gathered or attached, joined by ribs on the bottom (anastomized), lamellule absent, first cream then yellow-ocher. The stem has dimensions of 4-10 (maximum 13) x 2-3.5 cm; cylindrical in shape slightly rounded at the base, flared at the apex, whitish or with pink hues, glabrous, hard, not very full, then stuffed to maturity, more or less rugged. The meat varies in color from white to yellowish, with red underneath the cuticle, thick, compact, with a fruity aroma and a sweetish, nutty flavor. The spores are 8.5-10.5 x 7.5-9.0 μm, subglobose or ovoid, with isolated, non-cross-linked spines, amyloid ornamentation, ocher yellow in bulk. The meat reacts in a lively way to the phenol (bright purple).

Cultivation –
The Russula olivacea is not a cultivated mushroom and in any case there is no news about it.

Uses and Traditions –
The Russula olivacea is a controversial edible fungus. Once it was considered an excellent edible fungus, but cases of toxicity when consumed raw, undercooked or frozen, have generated some perplexities. For this reason the collection is not recommended for the less experienced, who could confuse it with congeners eduline species without reserve; however, if it is collected it should be consumed only after careful cooking. Besides this Russula is not easily determinable. From some it is classified among the mushrooms of excellent taste.

Preparation Mode –
The sweet and good Russula olivacea, if eaten without proper cooking (at least 15 minutes from the first boil), can cause poisoning due to the presence of thermolabile toxic substances. You do not recommend other types of preparation, such as grilled.