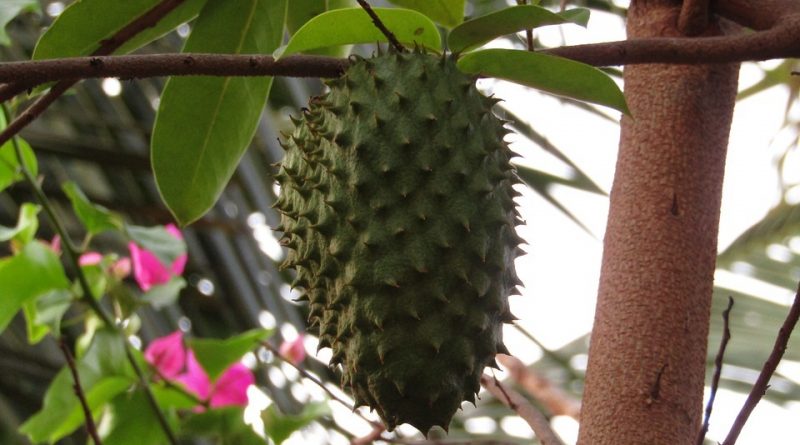 The Annona muricata (Annona muricata L., 1753) is a plant of the family of the annonaceae which produces a fruit known as graviola, guanàbana, corasòl or corossole.

Systematics –
From the systematic point of view it belongs to the Eukaryota Domain, Kingdom Plantae, Magnoliophyta Division, Magnoliopsida Class, Order Magnoliales, Family Annonaceae and therefore to the Genus Annona and to the Species A. muricata.

Etymology –
The term of the genus is a Latinised outline of the vernacular name of the American Indians (Taino) attributed to this plant; the specific epithet derives from the shape of the fruit with short and acute tips.

Geographic Distribution and Habitat –
The Annona muricata is probably native to the Antilles; it was already widespread throughout the tropical American strip during the establishment of the first Spanish settlers. It is also present in South Asia, in Madagascar and other parts of Africa, and is found in a smaller percentage in the north of Australia and, in a few examples, in the south of Florida. It is a strictly tropical tree that can go up to 1,500 meters of altitude s.l.m. only at the equator, while at tropical latitudes it does not exceed 500 m. 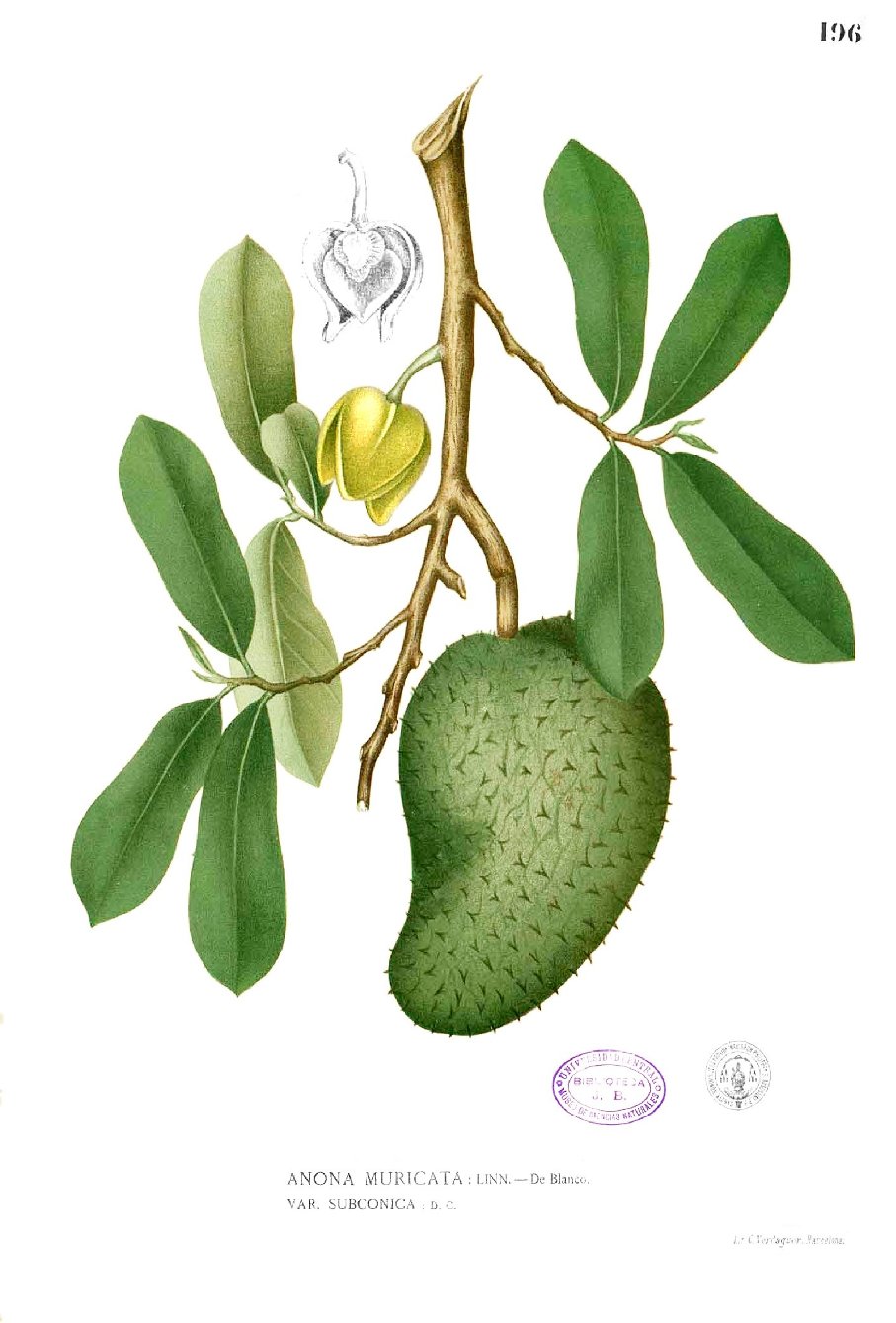 Description –
The Annona muricata is a tree that reaches a height between 8 and 12 meters and is not very branched. It has oblong flowers with three sepals and three green and yellow petals. The fruit (graviola) is 20-30 cm long, with a thin skin of dark green color and soft spikes, with white pulp, soft, juicy and very sweet. Its weight can reach 2.5 kg.

Cultivation –
Graviola is now grown in all the humid tropical areas of the world, from South-East Asia (Indonesia, Malaysia) to India, from equatorial Africa to the wettest areas of Australia. The biggest production, however, is in Mexico, Venezuela and northern Brazil.

Uses and Traditions –
The graviola is a perishable fruit of short conservation and should be consumed as soon as it is ripe. This fruit contains a good percentage (about 20%) of sugars, a fair amount of protein and is rich in vitamin C. According to some, the graviola, would play a role in helping to fight cancer; yet, at the moment, the results of the research are not definitive, even if there has been a reduction of the metastatic potential for some types of neoplasia. Because of its high annocyanine content, a 2007 study of 160 patients from Guadeloupe showed that consumers of the fruit in large quantities developed more often particular forms of parkinsonism.

Preparation Mode –
The ripe fruit is eaten cut in half and eaten with a teaspoon or shake. In Colombia it is common to drink it with the addition of cold milk.