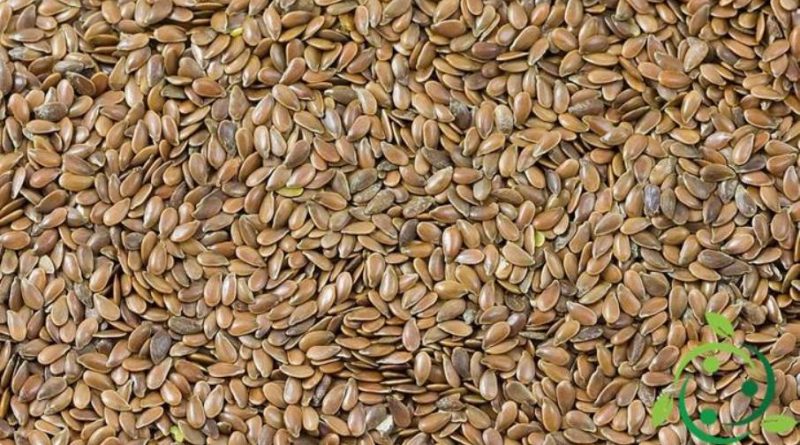 The linseed oil is obtained by extraction from the seeds of the common flax (Linum usitatissimum L., 1753).
From flax seeds, which are particularly rich in mineral salts, proteins and above all lipids, an oil consisting of 40-60% of alpha-linolenic acid (ALA) is extracted, for 15% of oleic acid and with small amounts of other biologically active molecules, such as lignans and glycosides.
The main biological properties of this oil can be ascribed to ALA, which is a precursor of the essential fatty acids of the omega 3 series, and to the lignans, whose biological activity is not yet completely clear. The clinical and preventive use of linseed oil is linked to its antioxidant and protective vessel and cardioprotective activity.
Flax seed oil is attributed anti-inflammatory, anti-atherogenic, anti-thrombotic and antiproliferative properties and, for this reason, it is used in the prevention and treatment of constipation, dyslipidemia, hypertension and cardiovascular complications. Furthermore, recent studies would link its use in the management of complex diseases, such as autoimmune diseases and cancer.

In summary, the activities performed by linseed oil are: inhibition of platelet aggregation, and less tendency to form thrombi; anti-inflammatory action against the endothelium; hypocholesterolemic action; antihypertensive action.
Among the side effects, however, even if the use of linseed oil, is generally safe and well tolerated, we recall that the most frequently observed adverse reactions mainly affect the gastro-enteric system, with dyspepsia and diarrhea. The incidence of coagulation problems has become more rare.
In addition, the simultaneous intake of flax seed oil and aspirin, non-steroidal anti-inflammatory drugs, garlic, ginkgo biloba and other oral anticoagulants could increase the risk of bleeding; as well as the simultaneous intake of linseed oil and fish oil, it could contribute to the extension of the coagulation times with all the possible consequences of the case.
Generally, in industrial production, flax seed oil is extracted (like other seed oils) by chemical solvents derived from petroleum, so a percentage, albeit minimal, remains in the finished product.