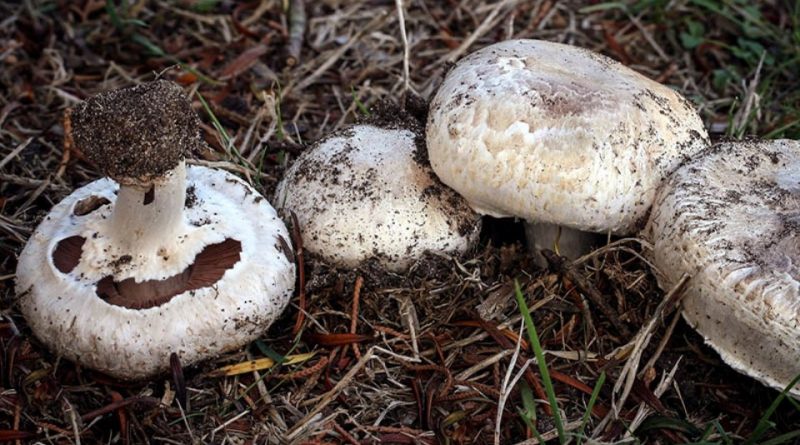 The Prataiolo, (Agaricus bisporus (J.E. Lange) Imbach, 1946), also known by the French name of champignon, is a basidiomycete mushroom from the family Agaricaceae.

Systematics –
From the systematic point of view, it belongs to the Eukaryota Domain, Kingdom Fungi, Basidiomycota Division, Agaricomycotina Subdivision, Class Agaricomycetes, Subclass Agaricomycetidae, Order Agaricales, Family Agaricaceae and then to the Genus Agaricus and to the A. Bisporus species.

Etymology –
The term Agaricus comes from the Greek αγαρικόν agarikón agaric, agaric mushroom, because according to the Greek physician, pharmacist and botanist Dioscorides, it was imported from Agaria, the Sarmatian country. The specific epithet comes from bis, twice, and from the Greek σπορά sporat seed: with only two spores on each basidium.

Geographic Distribution and Habitat –
The Agaricus bisporus grows in fertilized soils, letamai, meadows, gardens; but infrequent in the natural environment; on the Atlantic side it is quite frequent in the hedges of young Cypresses (Cypress of Monterey), as it seems that these plants are grown using manure coming from the cultivations of Agaricus bisporus. It is a species that grows all year round, with the exception of late winter. It is among the most cultivated species in the world and in cultivations it can grow all year round. 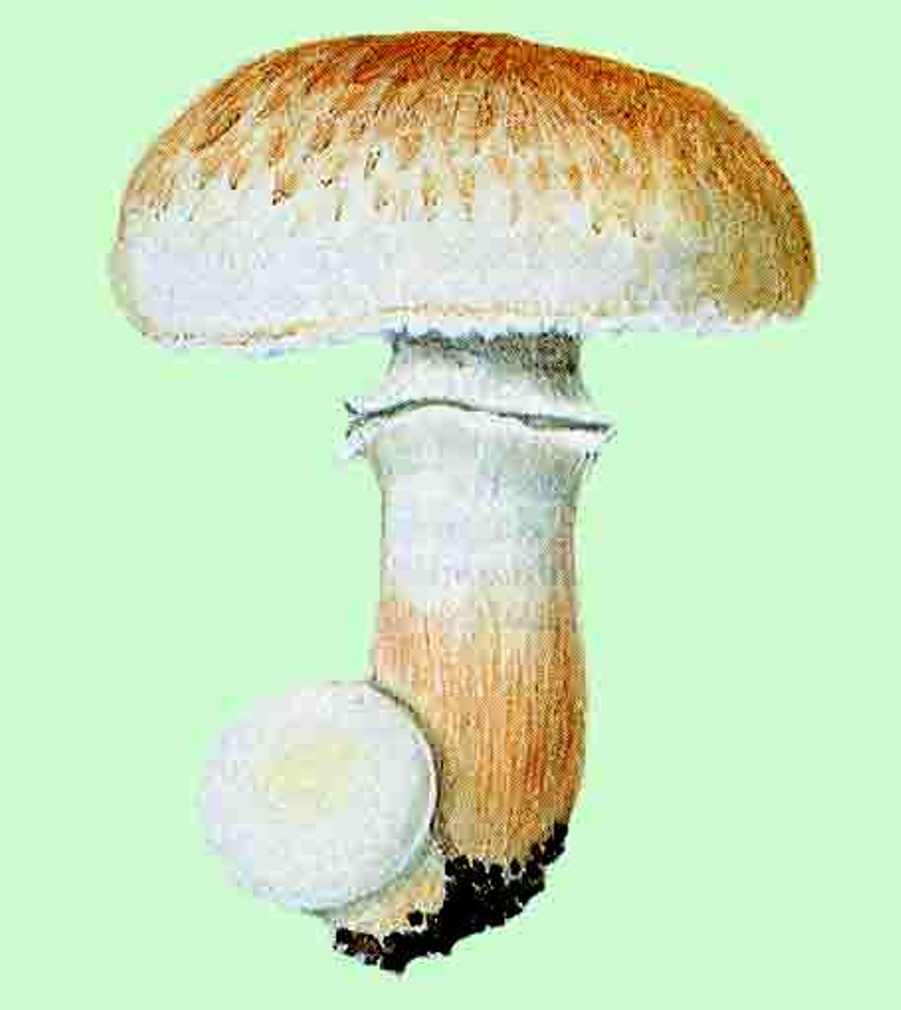 Description –
The Agaricus bisporus is characterized by having a cap up to 12 cm wide and above, first ovoid, then hemispherical and finally convex; this is very meaty and white (brown in some varieties, known in the Anglo-Saxon countries as chestnut mushrooms), it can often present brownish scales and has a frequently fluffy margin. The lamellae are of a pale pink color that become chocolate in short and finally dark brown; these are free and rather thick. The stem is 3-5 x 1.5-2 cm, also hard, full, short, stocky and cylindrical, thickened at the base and white. It has a floccose, white, membranous and easily removable ring. The flesh of this mushroom is white, which turns slightly red when exposed to the air and has a pleasant smell, reminiscent of moss or wrinkled grass; the taste is grateful and sweet that becomes more intense in the most mature specimens. The spores are cocoa in mass, ovoid, smooth, 6-9 × 4-6.5 μm. It presents only with two spores instead of four.
It has no characteristics that distinguish it from other Agaricus species; the recognition must therefore be made in particular for the relatively small stature, for the ring positioned in the median area of ​​the stem and with the thicker margin, for the pleasant smell and growth on strongly fertilized soils. It is easy to exchange it with the Agaricus xantodermus s.l., which however has a hat that goes from white to brown-hazelnut, odor of phenol, and is dyed yellow quickly especially along the edge of the hat and at the base of the stem; the latter is poisonous: its ingestion causes, in fact, more or less accentuated gastroenteric syndrome. In fact, there are no rare cases of confusion with other species of its kind (avoiding agarics that smell of ink or phenol) and it is necessary above all to pay attention to possible confusions with deadly species of the genus Amanita of white color (which however possess the volva).

Cultivation –
The champignon is among the most cultivated mushrooms, also for the simplicity of the technique and for the excellent yields. For the cultivation technique, the following sheet can be consulted.

Uses and Traditions –
Agaricus bisporus is widely appreciated and widely traded all over the world for which it is easily available in any market.

Preparation Mode –
The champignon (or champignon) probably boasts the most numerous recipes among all the fungal species. They range from preservation in oil to dried preservation to all stewed recipes or with sauces and raw.