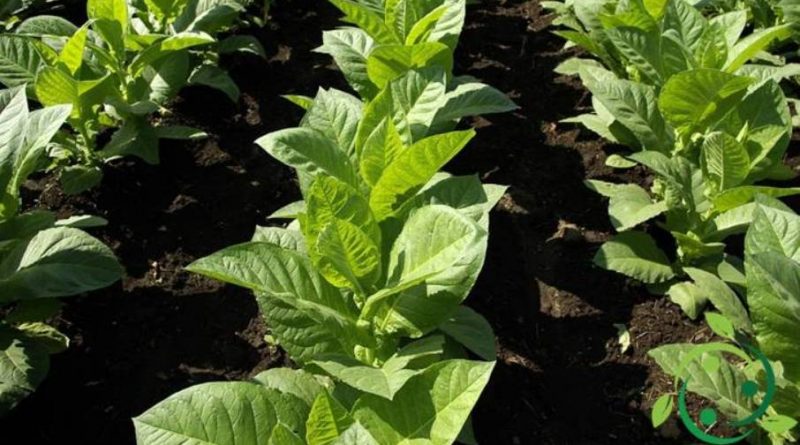 How to grow tobacco

The tobacco (Nicotiana tabacum L.) is a short-leaved perennial plant of the Solanaceae family, native to the tropical and subtropical areas of America and then later imported into the old continent and all over the world. Another species, the Nicotiana rustica is much less cultivated because it is very strong; it was once used as an insecticide. In this sheet we see the cultivation of tobacco considering that after 1971 the cultivation and sale were liberalized in Italy. The types of tobacco are very many and vary according to the cultivar; according to their characteristics, a classification of commodity order can be made. The tobaccos can be like this: light tobaccos, air-cured, cured in the sun, cured in fire, dark tobacco, cured in the air and cured in direct fire.
For the cultivation of tobacco it is necessary to know carefully a quality linked to the content and balance of a series of chemical products inside the leaf. The quality of the tobacco is influenced by various compounds, including: carbohydrates, nitrogen compounds, pigments, polyphenols, mineral elements, resins and essential oils. While for the related characteristics Other important characters are: content in nicotine (strength), humidity, size and shape of the leaf, combustibility, taste and aroma. The tobacco, being a plant of sub-tropical origin, to vegetate prefers short days, with a temperature of at least 15 ° C to germinate and about 25-30 ° C to grow and flourish. For the cultivation of tobacco in Italy it is therefore important to carry it out only during the spring-summer period. The conditions instead of soil and water requirements depend on the varieties we want to grow. Let’s see them in summary:

Dark tobaccos treated with direct heat; these prefer clayey, heavy and fertile soils, high temperatures and moderate rainfall.
Oriental tobaccos treated in the sun: they want soils with poor fertility, pebbles and shallow, no rain during the period of collection and care.
Light tobaccos treated with indirect fire: they need loose soil, with low organic fertility, large amounts of rainfall and water supply through irrigation.
Light air-cured tobacco: they must not undergo water stress and prefer deep, fertile, medium-textured soils with good aeration.
Dark tobacco (suitable for cigars and pipe): they want heavy soils, with a good supply of organic substance.
For the preparation of the cultivation, the soil should be plowed to 30-40 cm of depth, in the summer period or, at most, in the autumn before the transplantation; after that, winter and spring harrowings must be carried out to refine the soil. For the transplantation it is necessary to wait for the average temperature to settle above 15 ° C (between April and June according to the latitude) and this operation is performed today by machine, for economic reasons. At the end of the transplant it irrigates promptly to support a good rooting. Another fundamental technique for the quality of the tobacco is the topping (especially in Kentucky and Virginia): the stem must be popped so as to favor the accumulation of reserve substances (nicotine), on a smaller number of leaves, which will have a growth more vigorous. This operation is carried out by hand (for small surfaces) or with special machines. The most delicate phase is then the maturation. To understand the leaf maturity we must have: a light green color of the flap; internal yellowish marbling, starting from the apex and the edges of the leaf that extend towards the center; bowing of the apex and leaf margins; hardening of the leaves due to the accumulation of starch (if they bend they break with a sharp and rectilinear fracture); the leaf detaches easily from the stem and a resin is released which makes the leaf viscous to the touch, giving off an intense odor.
The harvest can be performed in various ways: with a whole plant; cutting the plants at the base of the stem and letting them wilt on the ground for a few hours; leaves, cutting the leaves according to the degree of ripeness; mixed, cutting the leaves low and of medium height at the beginning and collecting the apical leaves without worrying about their degree of maturation, subsequently.
Tobacco can face various adversities, both in the nursery (which can decimate the seedlings) and in the open field. In plant nurseries, especially seedlings (Pythium spp., Rhizoctonia solani, Colletotrichum spp.) And root rot (Thielaviopsis basicola). In the open field: radical rot, orobanche, and insects such as the noctuids, elaterids, and, unfortunately, among the most feared, due to the enormous damage, hail.