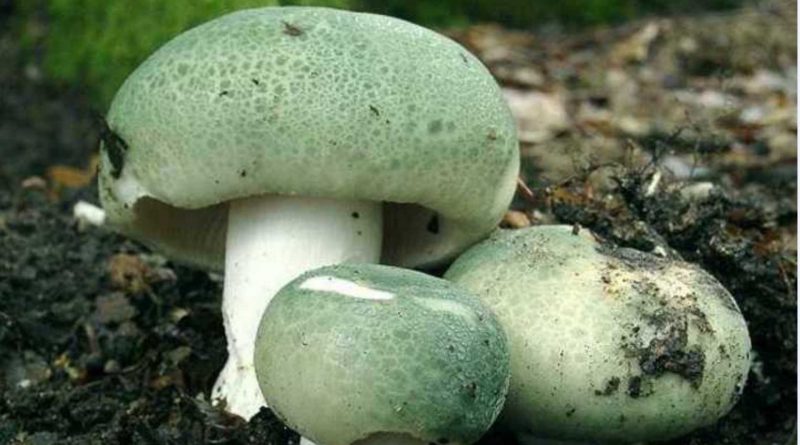 Russula virescens (Schaeff.) Fr., Anteckn. SVER. Atl. Svamp .: 50 (1836), known by the common names of Colombina verde or Verdone is considered, along with Russula cyanoxantha, the best among edible russules.

Systematics –
From the systematic point of view it belongs to the Domain Eukaryota, Kingdom Fungi, Phylum Basidiomycota, Class Basidiomycetes, Order Russulales, Family Russulaceae and therefore to the genus Russula and to the species R. virescens.

Geographic Distribution and Habitat –
The Russula virescens is a symbiotic mushroom that grows in summer-autumn, solitary or in groups; we find it especially in broad-leaved woods and, often, even in the grass at the edge of the forest. Its presence in coniferous woods is rarer. 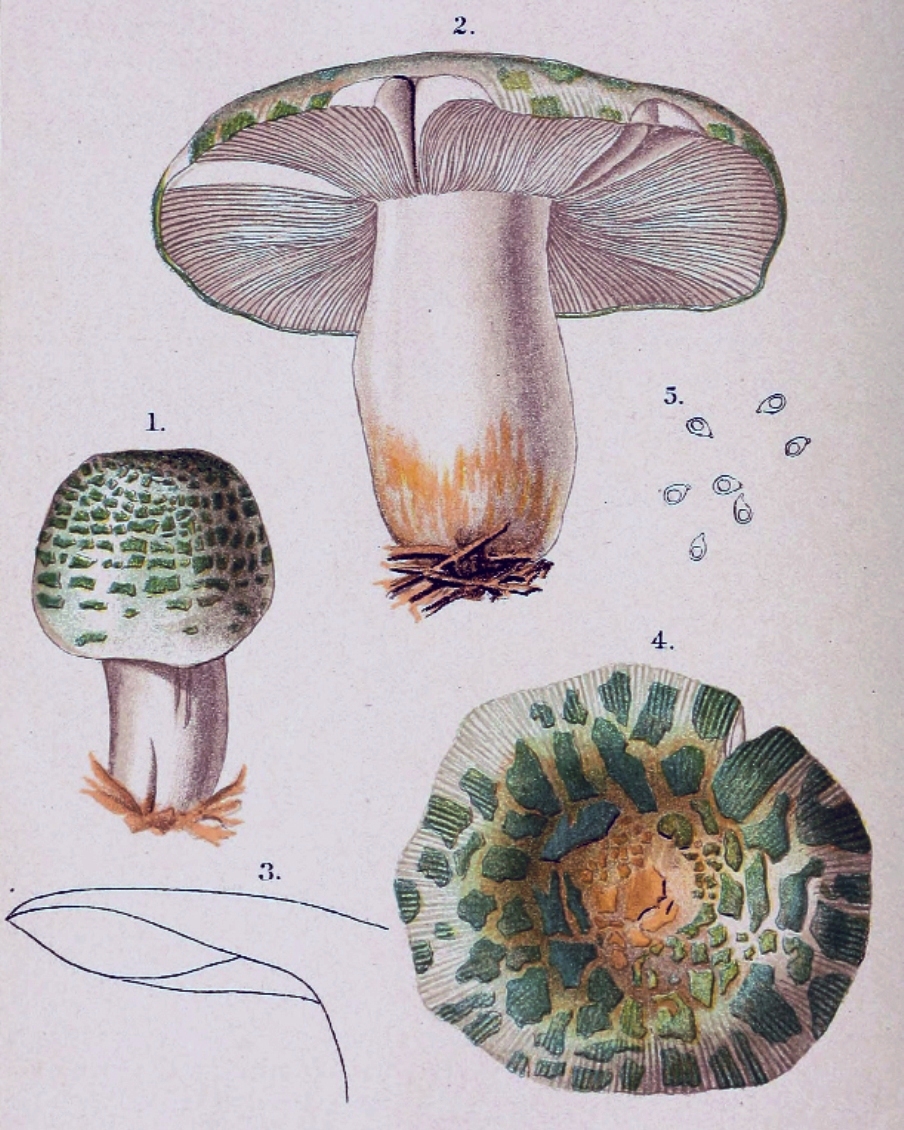 Description –
The Russula virescens is a fungus easily recognizable by the strongly aerated cuticle, almost unique in the genus and for its blue-green color of the same. The cap is on average 5-15 cm in diameter, compact and fleshy, first globose, with a margin adherent to the stem, then convex and finally flattened, slightly depressed in the center, more or less trapezoidal and with cracks; has a dry, opaque cuticle, separable from the hat only along the margin, almost always broken in cracks or polygonal areola; this is a color that oscillates between green-bluish or olive-green, while it may be lacking in young specimens. The lamellae are dense, fragile, slightly adherent to the stem, forked in the margin, first whitish and then pale cream and often with iridescence and brownish spots. The stem is 6-10 x 2-4 cm, almost cylindrical, attenuated at the base, robust and compact, first full then spongy and cavernous and with a white surface and sometimes stained here and there with shades of hazel. The flesh is firm, fragile and white with a not perceptible odor, slightly fruity in the young specimens, slightly unpleasant in the dried specimens (however edible). The taste is aromatic and nutty. The spores are 6-9 x 5-7 μm, ellipsoidal or subspherical, cream white in mass, warty, amyloid.

Uses and Traditions –
Russula virescens is one of the best edible mushrooms and is excellent, both raw and cooked. According to many it is one of the best mushrooms along with R. cyanoxantha. It is absolutely immortal not to confuse the green Columbine with the Russula olivacea, toxic mushroom that if consumed raw can create serious problems, also if you are not very experienced can be confused even with the Amanita phalloides, a deadly fungus, even if this fungus however, it differs in a clear way from the green colombina in that it has a ring and a volva at the foot of the stem.

Preparation Mode –
La Russula virescens finds use in the kitchen in different ways; from raw to cooked to in oil or dried and thanks to the particular hardness of the pulp, the green can also be breaded and fried in oil or grilled. It is said that the delicacy of a green Columbine salad approaches that of a good egg. Before consuming it raw and before slicing it, it is advisable to clean the area under the hat with a brush (to eliminate earthy residues), also often the stem of Russula virescens should be eliminated as it is emptied from larvae and therefore unusable.