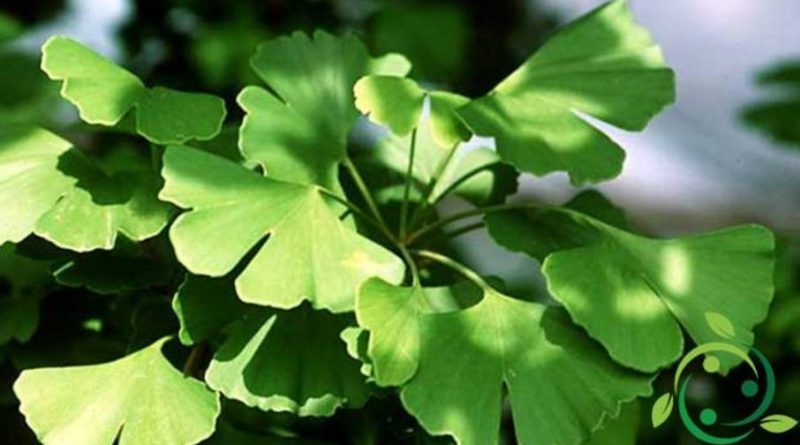 Ginkgo biloba and its properties

The Ginkgo biloba plant can be considered a real living fossil that has maintained its morphological characteristics for about 200 million years. Ginkgo biloba is a large tree, up to 35 m tall, which has male and female cones growing on separate trees. Features are the leaves that have the typical fan shape with an incision on the tip. It is a plant native to China and introduced in Europe in the XVII century. The first documents on the properties and uses of Ginkgo as a medicinal plant are traced back to the I sec a.c. and is present in a fundamental text of Traditional Chinese Medicine (TCM). It is classified as a plant useful in stimulating circulation and “pulmonary energy” referring to use in cases of asthma and cough. The part mainly used in the MTC is the fruit. Subsequently also following the uses and European researches also the leaves have entered the list of possible remedies.

Ginkgo biloba is nowadays also an ornamental plant spread in parks and gardens.
Now let’s see what are the characteristics of Ginkgo biloba and its properties. The active principles of reference of ginkgo are terpenes and flavonoids which are the main compounds; in particular terpenlattoni and ginkgoflavonglucosidi.
Ginkgo biloba has antioxidant activity, promotes proper circulation in all tissues, is a circulatory stimulant, supports cognitive functions (memory, etc.).
Ginkgo is mainly used to improve arterial circulation in general, and in particular microcirculation, as in the case of heavy legs. It has properties useful in supporting memory and concentration, at any age.
Always remember that in the case of use of anticoagulant drugs, and antiplatelet agents use Ginkgo extracts only under medical supervision.