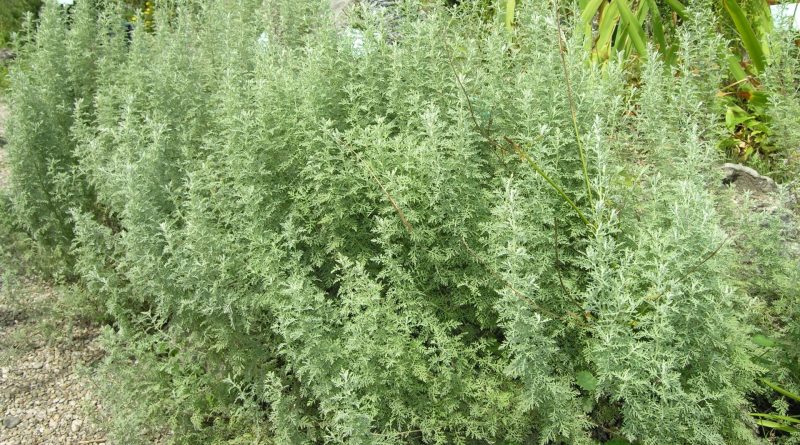 Etymology –
The term Artemisia comes from Ἄρτεμις Artemis Artemis, the Greek name of the goddess Diana: a genus already mentioned in Pliny; according to some authors, Artemisia II of Caria, sister and wife of Mausolo, would have given her name to this plant. The Pontic epithet: it comes from Pontus (in ancient Greek Πόντος Póntos mare), historical territory that includes the Black Sea and the lands that surround it: Pontus, Pontus. The name can be misleading: in fact, the scientific name Artemisia pontica does not correspond to the common name Pontifical wormwood that indicates another species of artemisia: that is the Walloon Artemisia. Pontifical Artemisia can also be referred to as common Pontic Absinthe.

Geographic Distribution and Habitat –
Gentle Wormwood is native to Middle Eastern Europe and the Caucasian area; it is an essence that is cultivated; more rarely it grows wild in the alpine areas. Gentle Wormwood shuns from clayey or humid soils, the best cultivation results occur in sunny and cool soils. 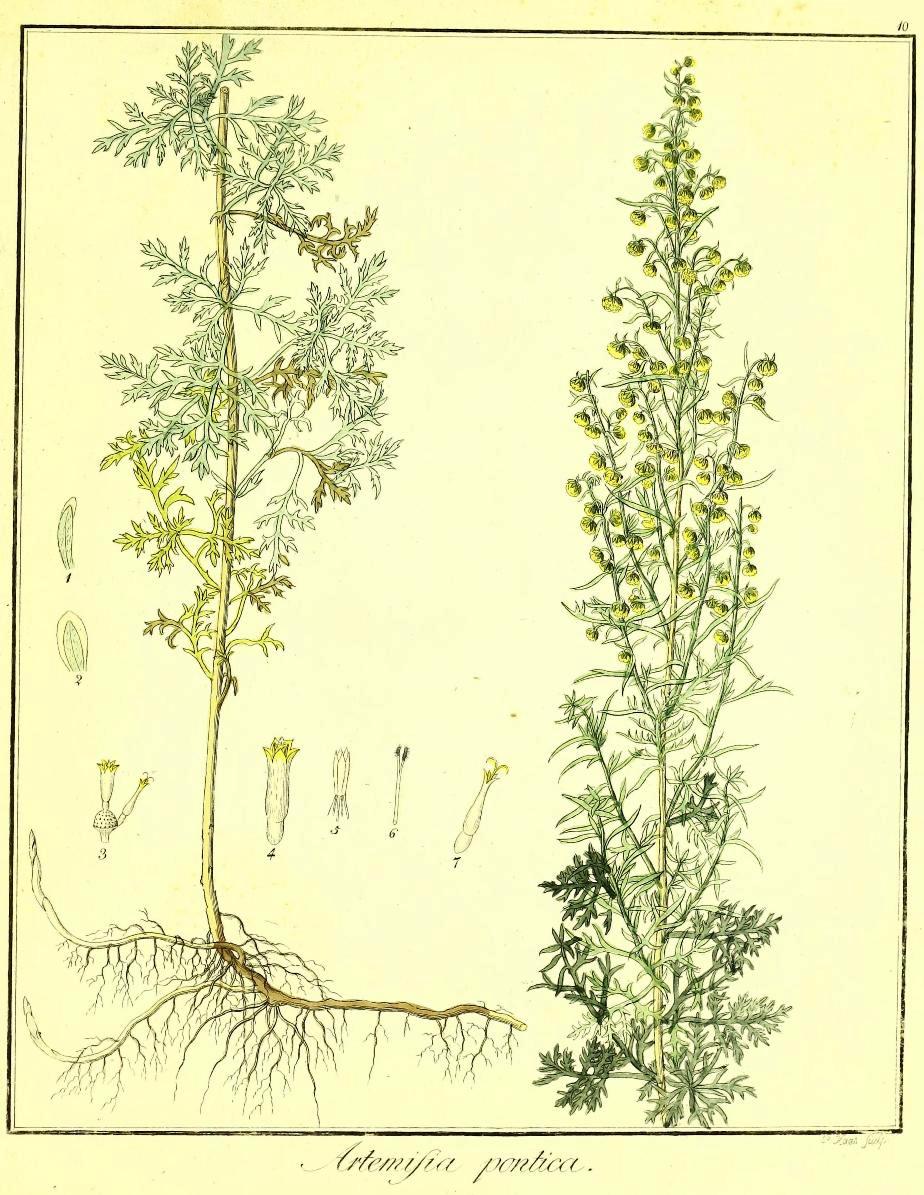 Description –
Pontifical Artemisia is a 50 cm tall, hairy and thin-leaved plant; the leaves are dense and with the lower face of gray color, with petiole about 1 cm long (accompanied at the base by two orecchiette, laciniate), triangular lamina, 2-3 cm long, a little less wide, bipinnatosetta, a lacinias 0.5-1 mm long 2-5 mm long, the petiole is thick. The flowers are gray-colored flower heads, gathered in racemes that form a thick panicle, almost hemispherical.
It differs sharply from the Artemisia abstinthium (Wormwood) due to the smaller size of the plants and to the very minute leaves; for this reason it is also known as minor wormwood. The Potted Artemisia can be confused with the white vallesiaca Artemisia with blue nuances, the leaves have smaller and denser lacinias, the flower heads are smaller.

Cultivation –
Gentle wormwood is grown in two-year culture, in simple rows with a 50 x 20 cm sixth or double 35-40 x 70-80 cm rows. The herb harvested at the flowering is used, cut to produce cut wormwood or world wormwood. For the wormwood the plants are beaten to remove the leaves and the heads from the stems, which are then discarded. The flowering of this species occurs in May and in August it is possible to make another cut. For the cultivation technique, the following sheet can be consulted.

Uses and Traditions –
Gentle wormwood contains an essential oil, artemisin, absintol, cineol, terpenes, tannin and resinous substances. The plant is cultivated mainly for aerial parts, used in liquor for vermouth manufacture. In folk medicine this essence was used for dysmenorrhea and amenorrhea.

Preparation Mode –
This plant is widely used for flavoring alcohol bitters (such as Vermout) and in the craft or industry for desserts and desserts. It is emphasized that an abuse of absinthe-based liquor, the preparation of which is illegal in some countries, can produce serious intoxication to the central nervous system.