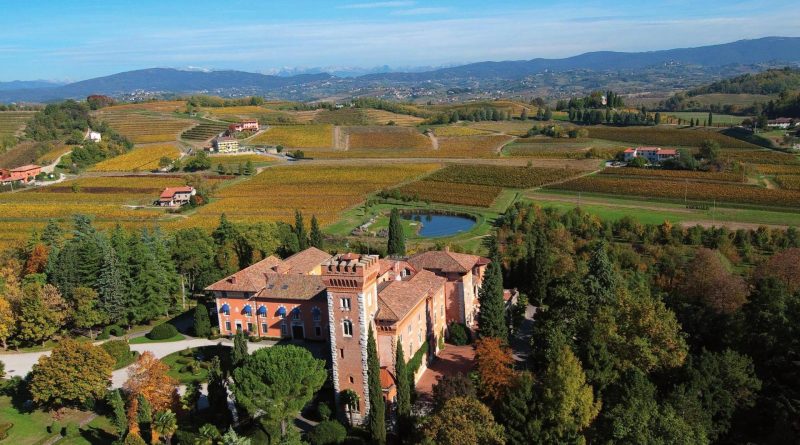 Organic Agriculture in the World

We have noticed that often on biological agriculture, even among some experts, there is confusion, also in relation to where it is practiced in the world and with what level of production.
According to the most commonly used definition for Organic Agriculture we mean a type of agriculture that exploits the natural fertility of the soil favoring it with limited interventions, it wants to promote the biodiversity of the cultivated (and bred) species, it excludes the use of synthetic products and organisms genetically modified (GMO).
Meanwhile, the term “biological” is somewhat improper: the agricultural activity, whether biological or conventional, always concerns a biological process carried out by a plant, animal or microbial organism.
Perhaps a more appropriate wording is that adopted in other languages, such as “organic agriculture” or “ecological agriculture”, as they highlight the main distinctive features of organic farming, or the conservation of the organic substance of the soil or the original intention to find a form of agriculture with low environmental impact.
The substantial difference between organic and conventional agriculture consists in the quantity and quality of the products introduced in the agrosystem: in conventional agriculture a considerable quantity of fertilizers and phytosanites produced in the laboratory is used; on the contrary, organic farming is based on respect for the agrosystem and the environment, even though it is partly based on the use of plant protection products, which, on the contrary, do not contain synthetic substances, but substances of organic and natural origin .
It should be noted, however, that the concept of “natural” substances that do not have an impact on the environment, adopted by “organic” agriculture, is controversial and not based on scientific aspects. This is the case of copper, admitted in the biological production of grapes, but has long been considered a pollutant, so much so that its use is increasingly restricted by the European Community.

The most substantial aspect of organic farming is that this is based on a certifiable process (verified by a Control Body) but which can not in any way assure the actual agro-food quality. You can make agriculture of very high quality and even healthier without resorting to a certification system. For this reason, what can ensure the quality and healthiness of food are just a series of chemical and organoleptic analysis that should be subjected to agricultural products (and their derivatives).
In any case, “organic” agriculture has represented an inversion of trends all over the world from an agriculture called “conventional” that, under the scientific aspect, is totally out of many cases by the meanders of naturalness (and therefore scientific).
For the sake of correct information, the main objectives of organic farming, as defined by the International Federation of Organic Agriculture (IFOAM) are in fact the following:
• Transforming companies as much as possible into a self-sufficient agricultural system by drawing on local resources;
• Safeguard the natural fertility of the soil;
• Avoid all forms of pollution caused by agricultural techniques;
• Produce foods of high nutritive quality in sufficient quantities.
The first community regulation on organic farming is in 1991 with the Reg. (EEC) No. 2092/91 on the organic production of agricultural products and the indication of this method on agricultural products and foodstuffs. Subsequently in 1999 with the Reg. (CE) nº 1804/99 the animal productions were also regulated. Subsequently, in June 2007, a new EC regulation for organic farming was adopted, Reg. (CE) n ° 834/2007, which repeals the previous ones and is related to the organic production and labeling of organic products both of plant origin and animal (including aquaculture).
But, as mentioned, organic farming affects, to varying degrees, many countries on our planet. In the world, over 43 million hectares of agricultural land is dedicated to organic crops that represent about 1% of all agricultural land. These are the numbers that emerge from the latest report prepared by FIBL (Forschunginstitut für biologischen Landbau) and IFOAM on organic farming.
It is interesting to note that the analysis of these data shows that Australia, with its more than 17 million hectares of bio fields, is the country with the largest extension followed by Argentina, with more than 3 million hectares of crops, from the United States and China, each with over 2 million hectares. Italy occupies a good position with its 1,317,000 hectares lower than those of Spain (1,610,000 hectares), but higher than France and Germany (1,061,000 hectares).
On the other hand, if we analyze the data in terms of hectares of organic crops in relation to the country’s agricultural land, we find the Falkland Islands, with 36% of organic crops, followed by the very small Liechtenstein, where only a thousand hectares are cultivated with bio increase the percentage to 31%, and from Austria (19%). In Italy, the hectares dedicated to organic agriculture represent 10% of the total.