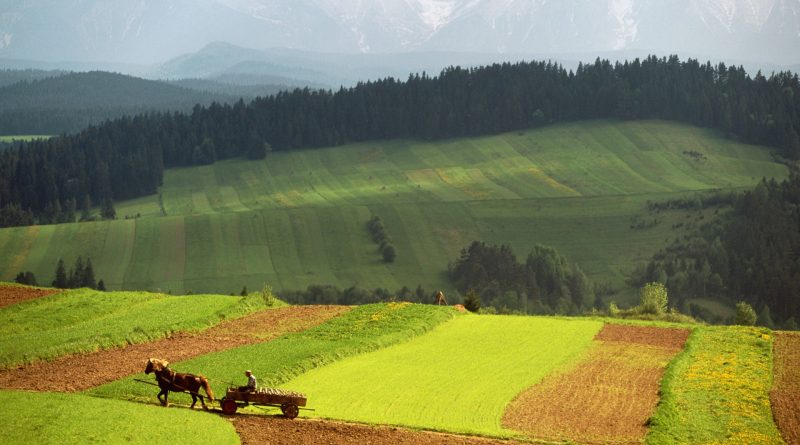 The Rural Programs of the Future p. would seem to disagree with the entire CAP plant and rural development programs set up by U.E. and valid (slip-offs) for the 2014-2020 period.
Rural areas, which are too long considered poverty traps, are the key to economic growth in developing countries, but changes are needed to unlock their potential to help nurture and work on a younger, more crowded planet but also more in need of a new ecosystemic culture.
As is well-known, the term ecosystem was first used by the philosopher Arne Næss at the University of Oslo in 1960 and is the foundation of the Deep Ecology movement, which calls for an overthrow of the anthropocentric perspective: man does not sit at the top of the hierarchy of the living, but instead fits in the ecosphere; man is a part in Everything.
With this new approach and with the right mix of investment and policies, rural areas can become lands of economic opportunities.

The new FAO report published in October 2017 highlights the need to put millions of young people in developing countries entering the labor market under conditions not to escape from rural areas to escape poverty.
In fact, rural areas (unfortunately, increasingly empty in vast areas of our country for a mistaken and unpopular Agricultural Policy of the EU) have a huge potential for economic growth linked to food production and the related sectors. And with the majority of the poor and hungry in the world living in these areas, achieving the 2030 development agenda will depend on the ability to unlock that unused potential.
The report notes that it is widely demonstrated that changes in rural economies can have a big impact. Since the 1990s, the transformations of rural economies have been the credit of helping hundreds of millions of rural people out of poverty.
However, this progress has been uneven, and demographic growth and the patterns of the global economy are increasing the problem.
It is expected that between 2015 and 2030, the population range between 15 and 24 years of age will increase by about 100 million to reach 1.3 billion people. Almost all this increase will take place in Sub-Saharan Africa where the lion’s share will be made in rural areas.
All this goes mainly through urban reconsideration and correlation, especially small centers, with rural areas.
So the FAO report “Invites policy makers to recognize the catalytic role of small urban centers as mediators between the rural and urban world, and to provide small farmers with more opportunities to market their products and share the benefits of economic growth.”
The State of Food and Agriculture argues that the necessary transformations in rural economies can be put into motion by leveraging the growing demand for food in urban areas to diversify food systems and generate new economic opportunities from agricultural and non-agricultural activities.
This includes companies that convert, or pack, transport or store, or market or sell food, as well as companies that provide production factors such as seed, tools, equipment and fertilizers or provide irrigation, land processing or other services.
The report points out that rising demand from urban food markets currently accounts for up to 70% of national foodstuffs, even in countries with large rural populations.
This implies a different approach to rural economies that can no longer be hypothesized simply in terms of simple economic viability but in terms of human, ecological and energy sustainability.
The whole system of financial sustainability of investment in agriculture needs to be completely revised, making in fact excluded all the efficiency algorithms implemented by modern economists and applied in agriculture.
The profitability indices that are designed to measure the capacity of the different management areas to generate a certain return on invested capital in the company and compare an economic result with the capital employed to obtain it (including ROE, ROI, ROS, etc. .) can no longer be applied so superficially to the rural economy without putting other indices such as the “Environmental Sustainability Indicators” into the budget, which, by force, completely change the criterion and concept of profitability of an agricultural activity and hence of a Rural Economics.
Unfortunately, despite FAO’s good recommendations, the report remains empty of concrete proposals, and if you do not see the ecosystem approach of planning and designing in agriculture with a cumulative overturn in the cognitive pyramid, you are likely to make good proclamations without any constructs.
In this sense, the decision can not be left in the hands of the economic and financial actors (alias banks) as the approach is no longer exquisitely financial but economically efficient and as a result of social sustainability.
If you do not get out of this misunderstanding, mischievously provoked by a modern post-industrial philosophy of economics, we risk getting hurt again and even further disorienting the frustrated Politics.