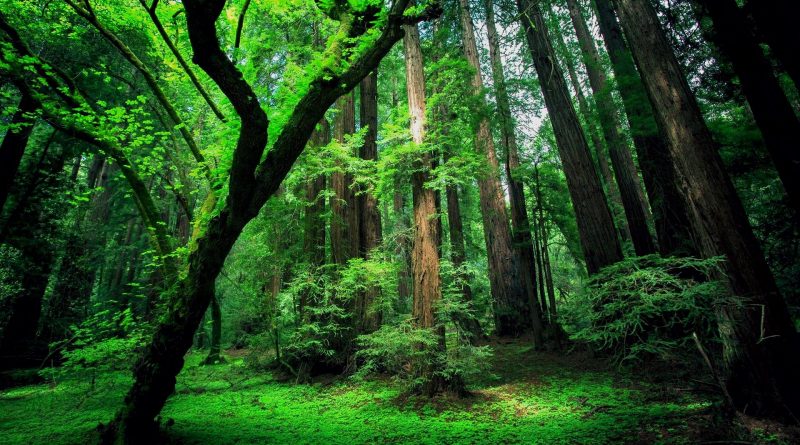 Risk of extinction for 21% of the world’s plants

Despite any disturbing data on the state of the environment and the data on global warming, the great economical powers and the mass media hasten to recite the usual solfa: “that there is no evidence in favor of these theories” is becoming ever more evident as , Above all, public opinion and politics must begin to deal with the problem radically.
The password must be: “Globally Review the Economic Model”. Without a serious dialectics on this issue we will find ourselves in a blind alley within a few years and then any attempt to “restore” will become virtually useless and ineffective. To give a further ruling on the state of our planet, some time ago, the Royal Botanic Gardens Kew published the first “State of the World’s Plants” report that provides an assessment of the current knowledge of biodiversity Plants on Earth, global threats faced by plants, current policies, and their effectiveness in dealing with threats. The drafting of this report took a year and involved more than 80 scientists.

The health status of our plant species, drawn up by Royal Botanic Gardens, is based on the latest knowledge from around the world and deals with the following topics:
• Name and number of plants around the world;
• New plant species discovered in 2015 which are exactly 2,034;
• Evolutionary relationships of plant genomes;
• Useful Plants;
• Important areas for plants;
• Knowledge of plants in some areas of our planet;
• Climate change;
• Change in the use of global soil cover;
• Invasive species;
• Plant diseases and research status;
• Risk of extinction and threats to plants;
• Prevention of illegal trade;
• The Nagoya Protocol on access to genetic resources and the sharing of benefits.
According to this report, 21% of the planet’s plants are at risk of extinction due to threats that include climate change, loss of habitat, disease and invasive species.
In this study, researchers have calculated the total number of plant species known using various sources and existing databases, finding that many plants have different names while being the same species. However, these data are reviewed, excluding algae, mosses, liver and anthrocyte, which amounted to 390,900 plants, of which about 369,400 are plants with flowers.
Apart from the fact that many species do not know and have not been classified the most striking discovery of recent times is that of the highest Gilbertiodendron, a tree that reaches 45 meters high discovered in the forests of Gabon. In 2015, 90 new species of Begonia, 5 new species of onions, and a graceful photo of the magnificent Drosera on Facebook, discovered a sprawling carnivorous plant that “eats” insects and lives in Brazil.
Of the new plants we could discover in the near future some might have disappeared before they are classified: researchers find that “habitat changes, including mangroves and forests, are having a great impact on many species. Pests and diseases have been labeled as a serious problem, with most research focusing on commercial crops rather than on pathogenic agents that attack wild species. ”
This phenomenon has now largely been documented with the invasion of “productive models far from Nature” that are contributing to a change in the proportions between living beings and their balance and dynamics. Not last obviously pesticides, herbicides and devastating chemicals.
Another factor that worries little is the scientists are related to the “shifts” of plant species around the world. In their report, they report that “Invasive species are indeed one of the major challenges for indigenous biodiversity. It really is a driver of the loss of species. ” And the report confirms that with the damage they cause to the environment and the difficulty and cost for their eradication, the global cost of the 4,979 invasive species registered worldwide is estimated at about 5% of the world’s economy.
Once again, Economic and Finance Policy continues to define economic indices with GDP and more complex to most of the population, putting public opinion into confusion, which, in fact, undergoes unprecedented information violence.
The report also found that 10% of the vegetation-covered terrestrial areas are very sensitive to climate change, although in some areas the increase in atmospheric carbon dioxide is good for some plants, so there is, for example, The greening of the Arctic region; Even some areas of the savannah have a greater tree coverage and some trees are getting bigger. However, we are also seeing great changes in plant distribution and bloom patterns and also the indirect impact of climate change. For example, quantitative and qualitative changes for pollinators (and here pesticides and chemistry are playing a devastating role), which could have a really worrying effect on plants »
Such data and pertinent considerations can no longer give any alibi to policy-makers, but they must be a warning to everyone, and our actions, if not conscious, such as the drops of an ocean, will increasingly determine the destiny of our planet And therefore of our civilization.
What is the conclusion to this:
• That the first political action to be taken by states is education towards a sustainable and environmentally sustainable model of life, which does not in any way equate to introducing new “sustainable technology” but new social practices that are synchronous with nature’s rules.
From here begins the new story and everything must be stimulated through family support policies (the first indispensable social nucleus) and the school.
Look at these two institutions, especially in our country, are the ones on which less invests (and not so much and only in economic terms).