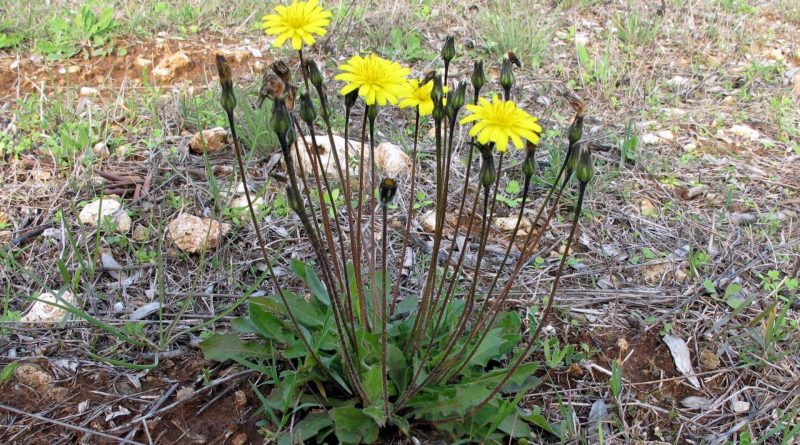 The dandelion tuberous (scientific name Leontodon tuberosus L., 1753) is a spermatophytes dicotyledonous plant species belonging to the family Asteraceae that look similar to the “Daisies” yellow.

Systematic –
According to the classification of Cronquist, the feel of the lion belongs to the Domain Eukaryota, the Kingdom Plantae, the Superdivision Spermatophyta, Division Magnoliophyta, Magnoliopsida class, subclass Asteridae, Asterales Order, Family Asteraceae, subfamily Cichorioideae Tribe cichorieae, Subtribe Hypochaeridinae, Gender Leontodon, Species L. tuberosus.
Etymology –
The first term of the binomial derives from the Greek words leon = lion and ous, odontos = tooth, in reference to the margin of markedly toothed leaves; the second, however, is reported to the presence of tuberous roots.Geographic
Distribution and Habitat –
In Italy Leontodon species they are quite common and are located at altitudes between 0 and 3000 m s.l.m., in the Alps and the Apennines. Typically they prefer arid stations, and scree uncultivated areas, can also be found on the rocks or in the cracks of the rocks. The Leontodon well as in Italy are located in Europe, in Asia (the Middle East and Asia central areas), in North Africa and in Mexico. In other areas (North America, South America and Australia) it is considered naturalized species. The main expansion is the center of the Mediterranean basin (Western part). 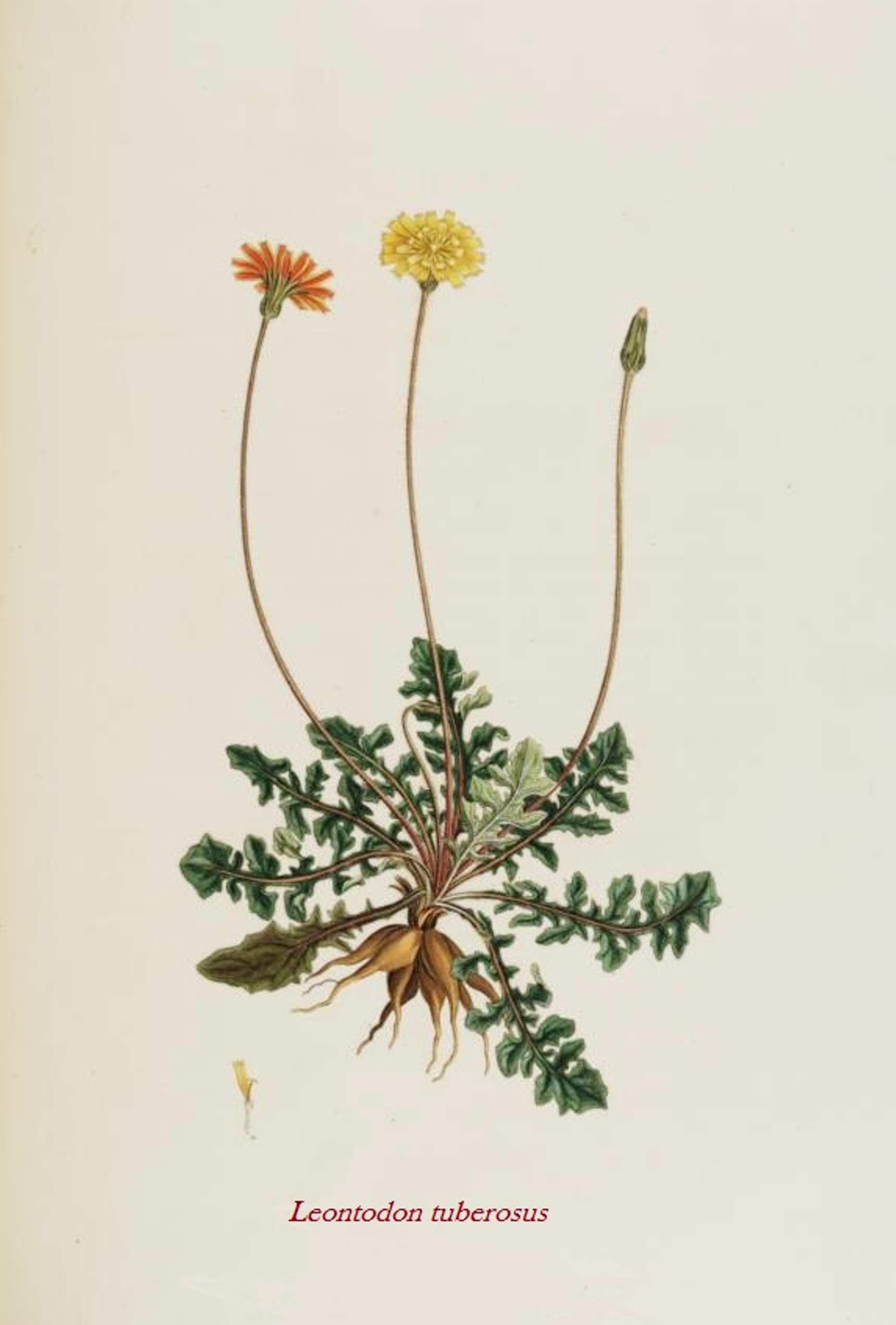 Description –
A perennial herb characterized by thickened roots, tuberous and a dense rosette of basal leaves, hairy, linear-spatulate, with deeply sinuous-toothed margin. In spring, the center of the rosette develop the floral scapes, erect and afilli, leading apex a peep of flowers lemon-yellow color. The aerial remember, General nell`aspetto, the most common Costolina.
The height of these plants varies from 10 to 40 cm. The biological form is emicriptofita rosulata, ie they are perennials, with wintering buds at ground level and protected from litter or snow and with the leaves arranged to form a basal rosette.
The common name Dandelion is also allocated to another edible plant, Taraxacum officinale Weber, always referring to the presence of leaves with margin markedly toothed-etched. This species, also belonging to the Compositae family, is known, however, with other vulgar appellations (Overhead, Dandelion, Pee dog, piscialetto)

Customs and Traditions –
At the plant they are often attributed functions typical of other bitter herbs. Where it is customary to use chicory and dandelion as a medicinal food in order to cleanse the body and blood, the same is done with the dandelion.
As with dandelion and other similar species you can be used in the kitchen the whole plant, although mainly gather and consume the spring washers, appreciated by those who like the bitter taste and its variants (Read the relevant insights for cards and for recipes, also good for the dandelion). The consumption of the leaves is widespread: the younger ones are good for spring raw Misticanze, but more frequently is used cooked to be prepared like other similar herbs. Discerning palates notice the differences, however, and often give preference to the dandelion for more “clean taste”.
The tuberous Dandelion is also available for use in the kitchen in the middle of winter and it is commonly used in many central and southern areas of the Mediterranean. In addition to the typical consumption of leaves, you can also eat the tubers, variously cooked and seasoned, mixed or not with the leaves. For the use that is made of dandelion are adaptable almost all recipes, typical or experimental, which can refer to the most well-known bitter herbs – chicory, dandelion, or other – knowing that the flavor of the dandelion is more pleasant or more bitter and less consistent depending on the species.

Preparation Mode –
It uses the tuft of basal leaves. The leaves of the Dandelion simply use boiled and seasoned with oil.
The young leaves are used in various parts of the Peninsula, such as spinach, and then prepared in the same way.