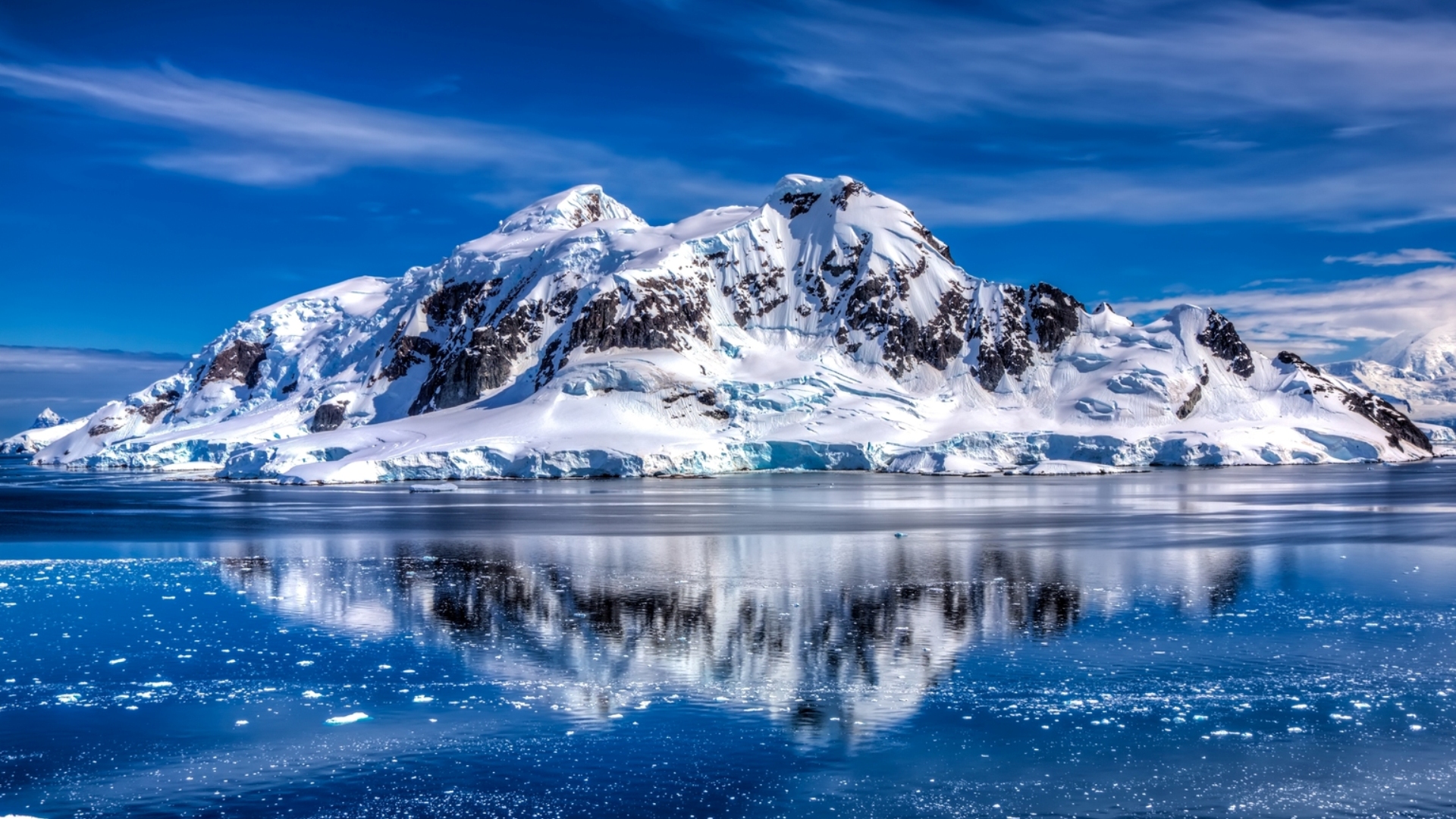 Antarctica is a continent comprised almost entirely in the Antarctic Circle, and is surrounded by the sea and is located in the southern hemisphere in completely different, but related geographically and historically, the continent is covered with ice in its entirety while the south pole is a point invisible.
The Antaride covers 13 million km square is 98% covered with ice and constitutes 68% of the water supply of our planet. Because the continent is covered with ice is not possible to recognize the morphology, however, are divided into Western Antarctica is made up of islands, while the East Antarctica is typically continental. The Antarctic Peninsula is crossed by the Antarctic Andes in the west and to the east by Mount Trasantartici.
The polar cap creates boards such ice-shelf, the ice reaches an average thickness of 2200 m, in some areas reaches 4700 m. The temperatures never reach zero and slope down to -90 ° c. The fauna, especially along the coast, consists of penguins, seals, gulls, whales, killer whales, bears and sea lions. Inside the crustaceans are the only species of animals, plants are lichens, mosses and algae. Politically, the Antarctic territory under the influence of the various governments in Europe and beyond. Antarctica from October to February is always illuminated, while in winter it is always in the shade.

CLIMATE
In the Central average annual temperature is less than – 50 ° C, the coast and the peninsula have higher temperatures during the summer on the coast the temperature gets close to – 0 ° C with peaks of -15 ° C, while the interior temperature is lower during the winter you can reach temperatures ranging from -15 ° C to -30 ° C on the coast and from -40 ° C to -70 ° C in the interior the climate is dry and with little precipitation in particular in the central plateau that exceed 10 mm of water equivalent per year.FLORA
Due to the severe environmental conditions (low temperature, low humidity, the rocky nature of the soil, violent winds and seasonality) the Antarctic habitat is one of the less populated and less diverse on Earth. The terrestrial habitat can be divided into three zones that are differentiated by variety and complexity of ecosystems decreasing while increasing latitude and severity of climatic conditions: the sub-Antarctic area, which includes the islands between 46 ° and 55 ° latitude, north of the Convergence, maritime Antarctica, including the Antarctic Peninsula and the surrounding islands, the Antarctic mainland, which consists of most of the continent and is fully included in the Arctic Circle (67 ° 33 ‘lat. south). The majority of plant species is located on the west coast of the Antarctic Peninsula, on the neighboring islands and some islands north of the Convergence. In the extreme Antarctic Peninsula have been found two species of higher plants (Angiosperms flowering plants). Deglaciate and coastal areas have been identified so far: 300 species of algae (inland and coastal), 200 species of lichens, 200 species of mosses, 25 species of liverworts and 28 species of fungi.

FAUNA
Due to the low temperatures and lack of moisture, the violence of the winds the Antarctic is one of the least populated areas of the earth. The fauna consists of invertebrates such as mites and protozoa and insects. Along the coast live seven species of seals fifty species of birds, mostly migratory, including eight species of penguins, these beings have a predominantly marine life. The marine food chain is made up of eighty-small crustaceans which are the main food of fish, penguins, seabirds, seals and whales.