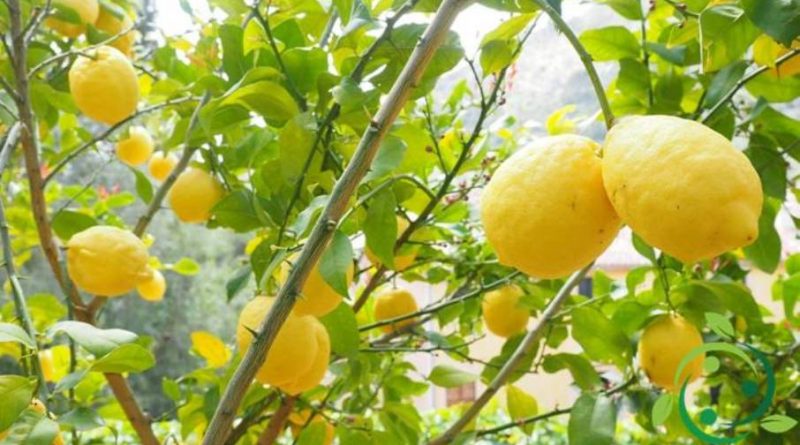 How to prune the lemon

Lemon (Citrus limon (L.) Osbeck) is a fruit tree of the Rutaceae family and is a re-flowering species; that is, it can flower several times during the year, also depending on the variety. The main blooming moments are in spring, with the production of winter lemons, and in September, from which derive the so-called verdelli (which ripen in the following summer); to favor this production special techniques are used such as the interruption of irrigation for a certain period and then, after the period of “suffering” of the plant, the use of fertilization and irrigation (technique of forcing). Other blooms are possible during the summer period and, however, also linked to particular seasonal moments and availability of nutrients and irrigations. In this sheet we will see how to prune the lemon for better growth and production of the plant.

The lemon pruning is a fundamental operation to guarantee the plant an adequate quantity of light, aeration and vegetative balance for an optimal production and for a better quality of the fruits and the sanitary conditions of the plant, considering that the fruiting takes place on the branches of the previous year. Moreover, pruning is important for the correct static and elasticity of the plant to avoid breakage of the branches, especially during the loading phase due to the presence of the fruit. To regulate moreover in the technique of pruning of the lemon must consider that this plant, flourishes and therefore produces at man’s height: generally from the height of the sight of a person of medium height stature up to the height of the belt. To facilitate this characteristic of the lemon to produce above all at the bottom, at one time it was used to anchor the branches below with various means to increase productivity. Today this technique, for various reasons and less used. Consider also that the lemon produces in every direction and even in areas the greatest shade, except for the slopes of plants erroneously placed in areas with dominant and intense winds. In the pruning technique it is also considered that pruning the lemon periodically will allow to obtain healthier and larger fruits and that pruning should be started from the first years of life; at the beginning above all to give form and scaffolding to the plant and later to maintain the vegetative balance. The form of breeding that is most useful for lemon is the globe. In order to obtain this form, one must start from a plant that is already overlaid at about 70-90 cm from the ground with 3-4 branches. These branches must be inclined 60 ° from the vertical, be in a symmetrical position; any excess branches must be eliminated. The most suitable pruning period is immediately after harvest to give the plant time to recover and accumulate energy before the harvest of the next flowering and production. In warmer climates you have a wider time frame to prune the lemon but the plant should never be pruned when it is too hot. In general, it is advisable to prune every year in the period from February to April, under conditions that do not occur after pruning the frosts and possibly before the start of flowering. A second, lighter pruning can be done in July if the lemon enters the resting phase between the blooms. The appropriate tools are scissors for branches up to one cm in diameter of the branches, shears for branches of one cm up to 3 cm and saw and spikes for large and tall branches; all tools must be sharp blades and previously disinfected with fungicidal solutions and operations must be carried out suitable gloves. In the pruning operation, you should never, in principle, cut more than a third of the plant in a year. We need to eliminate only the twigs, the dry parts, dead and old and the branches that grow disorderly straining too much up or down (eliminating especially those that grow vertically (suckers), in addition the branches that have already fructified need to be shortened. instead you have to touch the branches produced the previous year because they are the ones that will flower and produce lemons.Important is also the elimination of the suckers (which subtract sap from the plant) on the trunk or at the base of the plant with a clean cut avoiding any tear. At the end of the pruning, a mastic or a fungicide solution can be spread on the cuts to protect the plant from fungal attacks (in particular fashion from Deuterophoma tracheiphila which is a parasitic fungus responsible for the bad dryness.