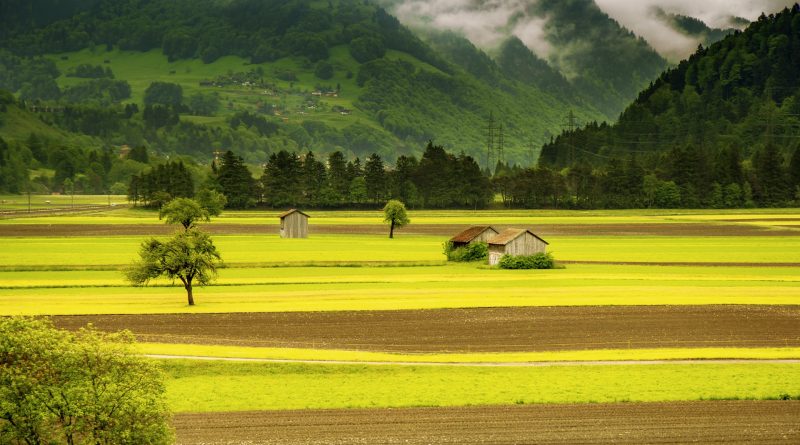 The incoherence of modern agriculture

When, after World War II, the great wind of innovation involved in agriculture, too, it was thought that in the space of just over half a century, the accounts would no longer come back.
The transition from traditional agriculture to the intensive, industrialized and “modern” agriculture has disregarded the principles of thermodynamics, apart from all the schools and agronomic discourses.
The principles of thermodynamics determine whether a process is energetically valid or if it is unsuitable.
The evaluation parameter of this aspect is a magnitude called: Entropy.
In a high yield process this will tend to zero, in a low-yielding one will tend to infinity (thermodynamics is not an opinion).
Well, the substantial difference between the first agriculture (which we will call “traditional” and “modern”) is that the first was based, even unconsciously, on closed thermodynamic cycles, where the entire “energy cycle” equilibrium and where Entropy’s production was low.We recall that Entropy is a magnitude that in the universe, considered as a closed cell, tends to increase (always physic docet).
In the corporate cell based on the principles of ancient agronomy, the energy model was endogenous and this model was developed through centuries of observation, experience and sanction through the great treatises of agronomy.
We recall Cato, Columella, Varro, Palladio, the natural work of Pliny the Elder, and then go to the Middle Ages with classical compendiums such as De Agris of Isidoro in Seville, Ibn al-Awwam91’s Book of Agriculture (XII sec.) and the Ruralium commodorum books of Pier de Crescenzi (late 13th century) and so on until the great development of the Treaties of the nineteenth and twentieth centuries.
These treats in practice always sanctioned the same thing (they should be read to understand the meaning of my affirmations): the corporate cell had to provide for the whole thermodynamic process. The cycle was to take place internally, and the only source of real energy (the sun) was to supply the dynamics of soil fertility, biodiversity maintenance, and the water and air cycle.
Then someone began to say that the yields of agricultural productions could be increased without redesigning the entire “thermodynamic” agricultural system.
The end result is that performance, according to some studies, even dropped in some cases to 1/10 of the original one and that the apparent increase in production yields is paying the environment (and hence all of us) with the loss of:
fertility of the soil (remember that it takes thousands of years to restore a soil cm);
biodiversity (genomic erosion) that can no longer be restored;
water resources (the process of water purification, mainly from some synthesis and heavy metals, is around the hundreds of years);
air resource (where almost the same rules apply to the water cycle);
salubrity of foods that are cultivated under these conditions, etc. etc. etc..
Modern economists have even more disaggregated the old knowledge of agronomy (which can never be separated from sociology) by reducing it to mere economic parameters and indices that often have no sense neither thermodynamic nor anthropological.
At this point we have to put on the sleeves to rebuild a new (but in some ways “ancient as the mountains”) culture that comes into the observation of the principles and codes of Nature (which is but the practical application of the laws of thermodynamics) bring agriculture to man and respect for the planet.
It is not only a new Science (holistically and epistemologically correct) but a new generation of farmers who are respectful of the rules of Nature must be born again.
Who will provide for that revolution? Not the multinationals or the “politics” of the free market economists and advocates!
It is necessary to start from a science of Together that can play can not humiliate Agriculture by reducing it to a series of numbers all disconnected from each other; To do this we need to elevate the depth of our Thought by feeding it again to that spirituality that was marginalized without realizing what was marginalized.
A. Einstein said in this regard. “Over the last century, and partly from the former, it was widespread that there was an unmistakable conflict between knowledge and faith. Among the advanced minds dominated the belief that faith should now increasingly be replaced by knowledge; faith that was not based on knowledge was superstition, and as such it was countered. According to this conception, the sole function of education was to open the way to reflection and knowledge, and the school, only served that purpose. It is likely to happen rarely, if it ever happens, to express the rationalistic view in such a gross form […].
Life is something much more complex than imprisonment where we exiled a modern economy and in it, as is now increasingly popular opinion among modern Physicists “Everything is greater than the sum of the parts.”