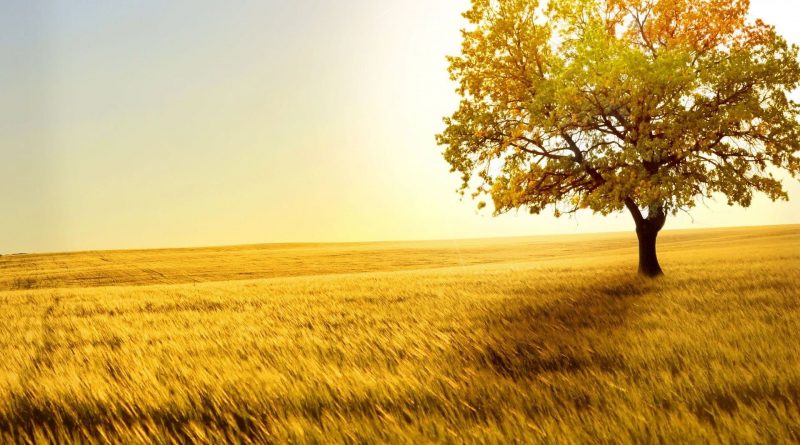 When more than 150 years ago it started what was then called “Industrial Revolution” the winds of the Enlightenment and of Positivism brought in the Western world and its people the belief that an era of well-being and progress had opened forever.
Unlimited growth, and a future in the name of Humanity now freed from the “weight” of nature and its harsh rules.
The industrial revolution was a process of evolution or economic industrialization of society that agricultural and craft-trade system became a modern industrial system characterized by the general use of mechanical power driven machinery and the use of new inanimate energy sources (such as fossil fuels), all favored by a strong component of technological innovation and accompanied by growth phenomena, starting economic growth and profound socio-cultural changes and even political.
One of the activities that has suffered the most profound transformations was just agriculture; It addressed in the Western world and in our country, especially after the Treaty of Rome, to a very productive model outside of and above the ability of the ecosystem.
Nearly 60 years of this “experiment” are appearing all over their failure with a load of responsibility and mistakes that we all participated.
Among these responsibilities first of all the economic and financial criteria distant applications, incompatible with the thermodynamic models of nature and, therefore, with its economy.
Without citing data from an environmental and social disruption (desertification, biodiversity loss, rural exodus, etc.), Under the eyes of all, it considers that the current agri-food model should be totally redefined in order to prevent, in a few years , an ecological and social catastrophe of global proportions.
The criteria on which it was founded the “modern” agriculture, despite the poetic attempt of the Cork Conference in 1996, are based on totally erroneous concepts:
• The specialization of agricultural production;
• Profit Maximization, undocked from the ecological balance;
• The use of external and unrelated to fertilization systems to business process;
• Unbalanced relationship between crop and livestock production;
• improper use of the powers and mechanized users;
• Inadequate relationship between social unit (family) and ecological cell (farm).
These factors have triggered a drift ecological and social which was manifested, on the one hand with the ecological erosion and the other with social and demographic imbalances which are summed up in a dangerous depopulation of inland areas and a population concentration in coastal areas or in large population centers.The only entities that have benefited from this productive and social model are the large industrial groups (trading platforms, Chemical industry, Banks, etc.); everything else is post disaster scenario.
The Ecological System (Thermodynamic) has been depleted, and the energy that is lost in this wrong model has spawned a number of Entropie stranded (social entropy, ecological entropy, entropy energy, etc.).Sign that when the economy is not based on the foundations of Ecology failures are inevitable.Despite today then the proponents of GMOs, an agriculture even more “exasperated” (increase in business amplitudes, aggravation of chemistry and mechanization, etc.), And also of the Rural Development Plans (RDP) that tend to words to praise a ‘sustainable agriculture but in fact suggest an even more exaggerated model, the data and issues that are generating indicate (see the 2014 FAO report) in agriculture to food sovereignty, family size and increase in intercropping, the rotations and biodiversity, the only way out of the three major issues of the third millennium:• the resolution of world hunger;• the “rebirth” ecological;• shortening of the supply chain between production and consumption.These issues must be reconsidered in a new humanistic and ecological vision that will lay the foundation, not only for New Agriculture treaties, but also for a review of that tired capitalist model based on a system of markets, finance and processes unequivocally impossible from an energy point of view and tragically failed in their concrete implementation.We are at the threshold of a new historical horizon line where the dark and the inconsistency of the ethical and scientific reductionism must necessarily be listed in the history books as an experiment and failed experience.If modern economists had studied a bit ‘of chemical kinetics and laws of ecology and social dynamics it would not now to ecological and social disaster and, worse, to prevent the Party of Dissent the State Research was sent in retirement for good our peace and our children.We have transformed the farms from energy cells to low entropy for energy guzzlers, dragging with it a social model that is putting in serious trouble the other cell of life: the family.If not reversed this route, according to the processing of demographic statistics, ecological, environmental and social will trigger the biggest social earthquake of all time and premonitory shock (if we were still in doubt) in addition to the ecological and environmental catastrophe they are sealed by a migration that, according to statistics projection (UN) by 2050 should affect 91 million migrants.A nothing seem to serve then appeals from FAO and other international organizations towards a rural and social model totally different from what the big business offer in the direction of no return.This challenge has already been decided: win us back the Planet “by fair means” in his direction but the price that we will pay will be much higher because we will lose more time to recognize this and to change firmly on course.The tool is policy.