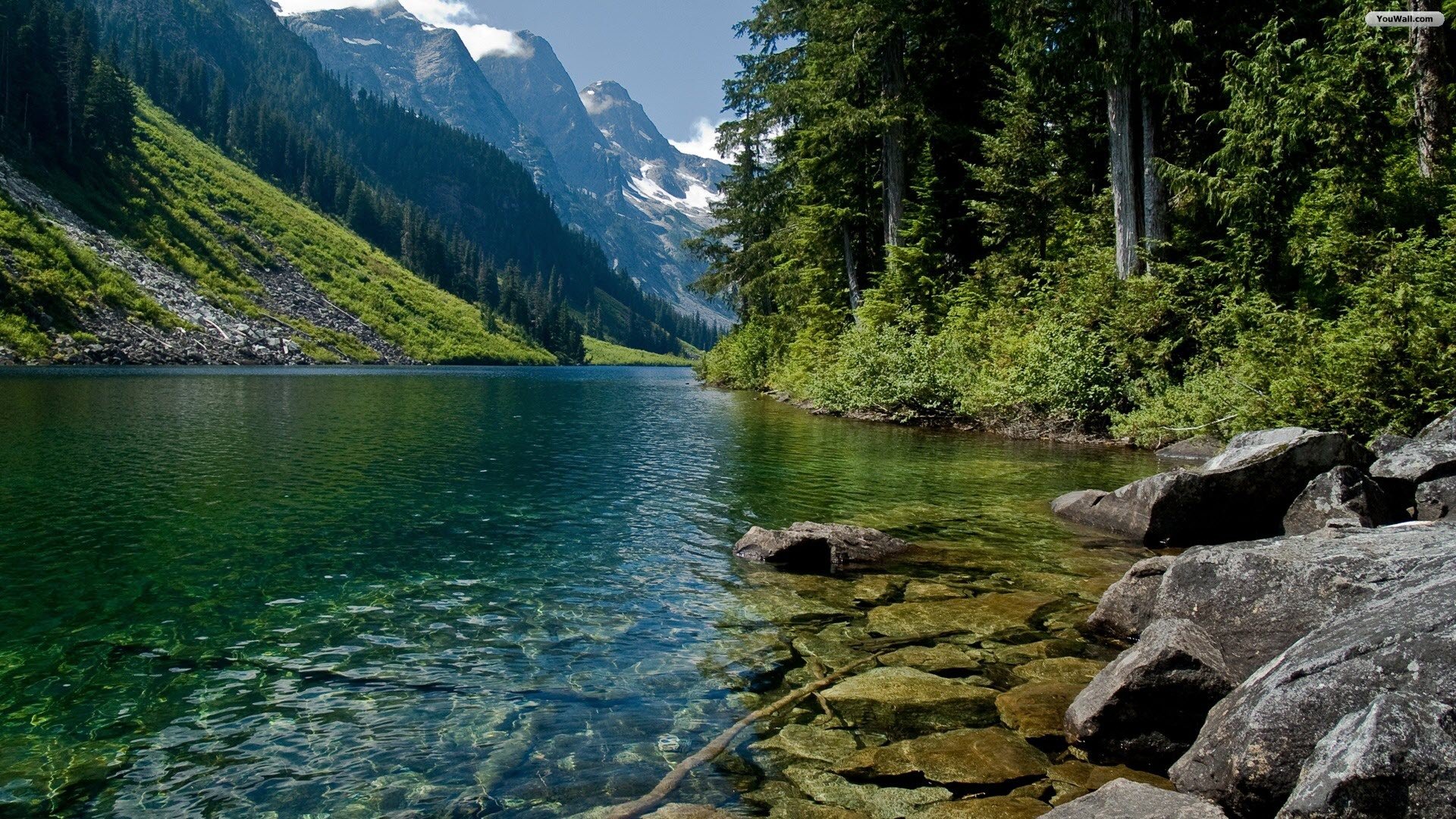 The North America has approximately the shape of a wedge, with the widest part north. Much of its territory lies in the middle latitudes, with a significant part in the Arctic and closer around the Tropic of Cancer.
The continent extends from east to west for about 176 ° of longitude, from about 12 ° longitude west of Nordost Rundingen (Head Northeast) in the North-East Greenland to about 172 ° east longitude on the western edge of Attu Island in Alaska. Its north-south extension is about 69 °, from about 83 ° latitude north of Cape Morris Jesup in East Greenland (the northernmost point of the entire planet) to about 14 ° N latitude in southern Mexico. The North America is wet north from the Arctic in the east by the Atlantic Ocean, to the south by the Gulf of Mexico and to the west by the Pacific Ocean. The surface of the continent is about 23.5 million km ².
The outline of North America is extremely uneven, with some extended stretches of coast are relatively uniform, but in general the coasts are jagged and full of coves, with many islands that stand off.
The continent has three large bays: the Hudson Bay in the north, the Gulf of Mexico to the southeast and the Gulf of Alaska to the northwest. There are many islands off the coast of East and West, but the larger islands are located in the far north.

FLORA
The natural vegetation of North America has been significantly modified by human activity, but its general features are still visible in much of the continent. The forest area more significant is the taiga, or boreal forest, a huge expanse of mostly conifers (especially fir, pine, hemlock and larch) that covers much of southern Canada and the central and expands in Alaska.
Eastern United States a mixed forest, dominated by deciduous plants to the north and by various species of yellow pine in the southeast, has been mostly eradicated or cut, but a considerable area has seen grow trees since the forties. In the western part of the continent, forests are mainly distributed on the mountains and conifers are dominant. In some species of California redwood and pine trees reach gigantic proportions. A wide variety of species adapted to different climates or coastal plateau, characterizes the tropical environments of Mexico.
The green coat in dry regions of the continent consists mainly of grasslands. The central plains and prairies of the United States and southern Canada originally had a grass, but most of the natural vegetation has been replaced with crops, including in particular wheat. The dry lands of the western United States and northern Mexico have a steppe vegetation dominated by sagebrush in conjunction with shrubs and cactus species. Over the tree line in the far north overlooking the tundra, which has a flora composite of low sedges, grasses, mosses and lichens.

FAUNA
The native fauna of North America was once large and varied, but the spread of human settlements has resulted in narrow habitats and to reduce the number of animals. In general, the fauna of North America is similar to that of northern Europe and Asia.
Among the large mammals there are several species of bears, the largest of which is the grizzly, the bighorn sheep (Rocky Mountain) and bison, now only in protected herds, caribou and moose, musk oxen and elk. There are plenty of carnivores including the puma, and in the southern regions, the jaguar, and finally we have wolves and coyotes or wolves of the prairies, and in the far north, the polar bear. A species of marsupial, the opossum common is indigenous. Few of the many snakes, common in the southwestern United States and Mexico, are poisonous: these include the coral snake (gen. Micrurus), various crotalidi as the rattlesnake and Agkistrodon contortorix, the Gila monster (Heloderma suspectum) and the only variety in the world of venomous lizard. A wide variety of fish and shellfish living in marine waters as well as rivers and freshwater lakes are populated by many species of fish.