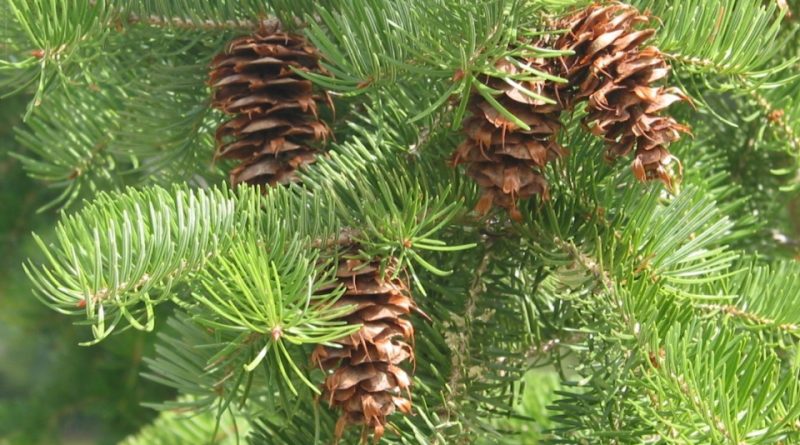 Systematics –
From a systematic point of view it belongs to the Domain Eukaryota, Kingdom Plantae, Suborign Tracheobionta, Division Pinophyta, Class Pinopsida, Order Pinales, Family Pinaceae and then to the Genus Pseudotsuga and to the Species P. menziesii.

Etymology –
The term Pseudotsuga comes from the Greek prefix ψευδο- pseudo-pseudo, fallace, liar and from the genus Tsuga: false Tsuga. The specific epithet menziesii is in honor of the Scottish botanist and naturalist Archibald Menzies (1754-1842). The common name derives from the Scottish botanist David Douglas, who sent the first propagation material in 1827.

Geographic Distribution and Habitat –
Douglas Fir is an original species that is widespread in North America, from the coastal regions of North America, from British Columbia, to Canada, to California and also particularly widespread in the states of Washington and Oregon, where it reaches even 100 m. the species was introduced into Europe in 1830 and is undoubtedly the most widespread species of forestry. Its habitat varies from sea level up to a height of 1,800 m. From what is known, this species is cultivated in all regions of Italy, in particular in Tuscany, Emilia Romagna, Piedmont, Friuli Venezia Giulia and in the southern Apennine regions, where, however, according to what has been observed so far, it does not reproduce spontaneously. 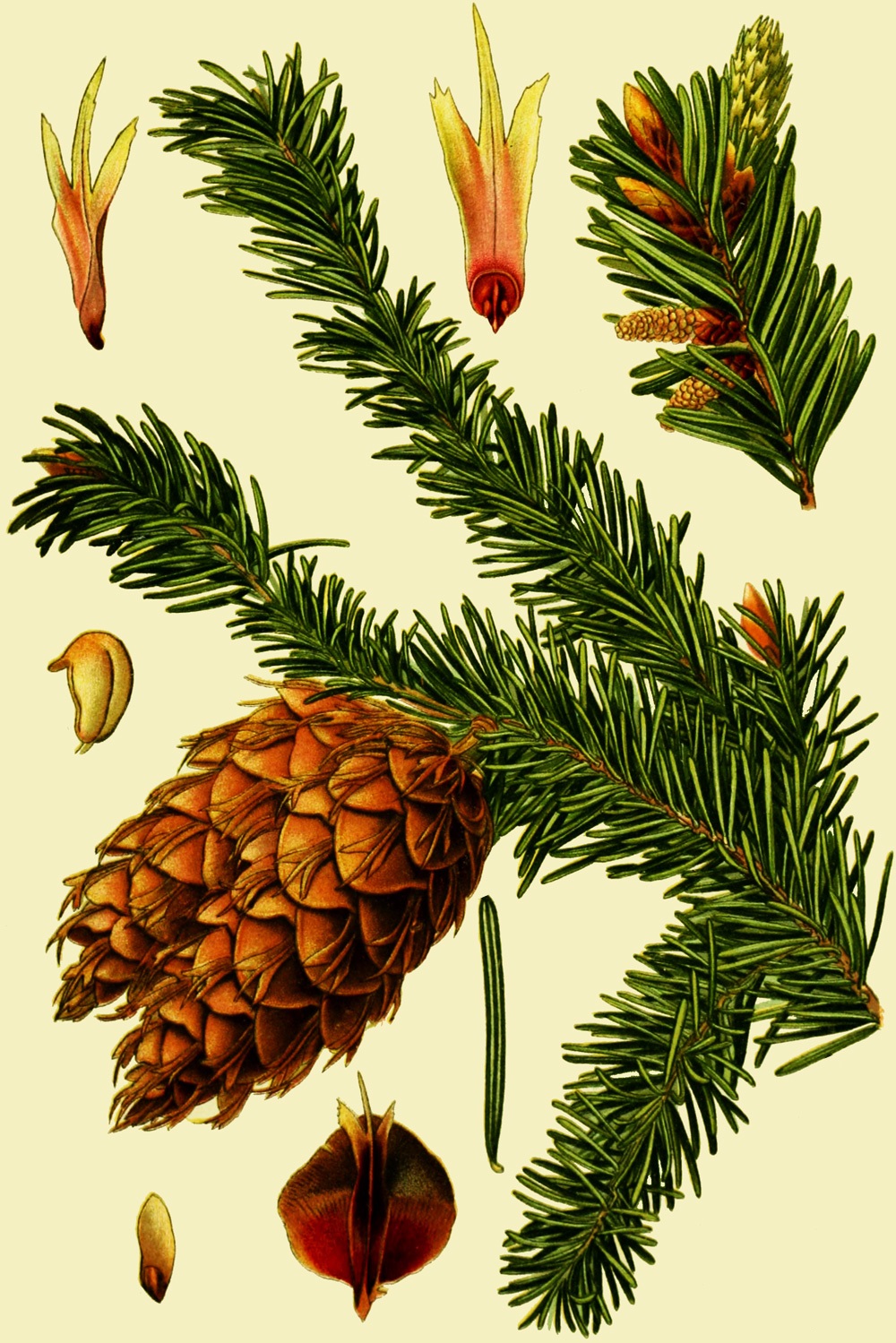 Description –
Pseudotsuga menziesii is a tree that can reach 100 m in height in its area of ​​origin. It has a straight, slender trunk, with gray-brown rind, first smooth then furrowed and divided into grayish plates. The leaves are persistent and are needles up to 3.5 cm long, they are straight, flexible, flattened, resinous and pleasantly aromatic, green above and greyish below. The male cones are yellow, axillary and up to 2 cm long; the female ones are on the lateral branches towards the apex of the main branches, pendulous on a short curved peduncle, up to 9 cm long. The antesis is in the period of April-May.

Cultivation –
Douglas fir is widely used in forestry and treated with a satin cut and between 30 and 70 years. The renovation is artificial. When compared to other species of conifers, the turn is rather short. The plant is made with variable density, from 1000 to 3000 plants per hectare; if you operate too sparse populations you get too ramose individuals. At the end of the shift, after the geometric thinning and from the bottom you can get to count only 40 plants per hectare, with considerable dominating heights of 30 – 35 m, but in Europe it can reach 60 m. of height. Generally it does not require particular types of soil, except for clayey ones. On the contrary, it is very intolerant with high and low temperatures and can suffer a lot due to late frosts and summer droughts. For the details of the cultivation technique the following sheet can be consulted.

Uses and Traditions –
Pseudotsuga menziesii is a species that has become a symbol of the Cascadia independence movement. It was introduced into the European continent in the first half of the nineteenth century and, in 1830, in Italy where it found habitats in the chestnut area and can also reach the beechwood areas. Today it is present in the fresh and humid Italian mountain areas, only in the form of afforestation (being an allochtonous species) from the Casentino to Basilicata, from Campania to Trentino-Alto Adige.
Being a fast growing plant it allows a wide exploitation and use in wood production, and adapts to any terrain. The wood of Douglas fir is in great demand, but the strength and textures are not uniform: it therefore requires careful selection to achieve good uniformity.
Douglas wood is used to build boats, bridges, houses, carpentry in general, railway axes, because of its lightness, strength, elasticity and resistance to atmospheric agents, but it is also widely used in the paper industry.
Moreover, being Douglas fir a beautiful ornamental tree is also used inside the large parks and also used as a Christmas tree.

Preparation Mode –
Pseudotsuga menziesii is a species that has no uses, in addition to forest, ornamental and for the use of wood, food or therapeutic.