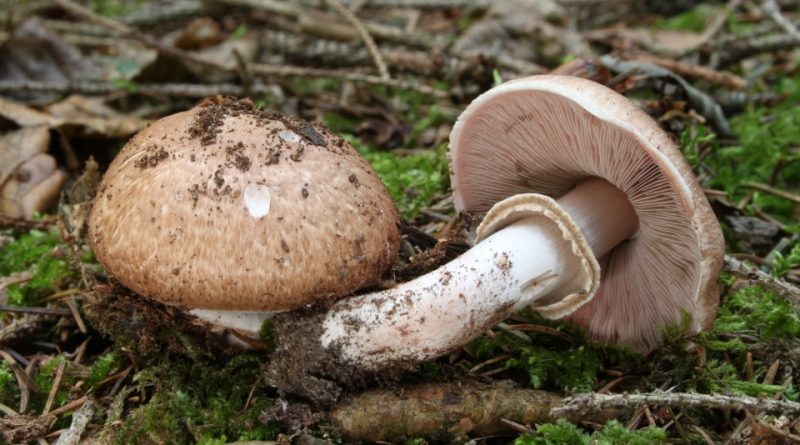 The Wood Mushroom (Agaricus silvaticus Schaeff., 1833) is a saprophytic mushroom belonging to the family of Agaricaceae.

Systematics –
From the systematic point of view it belongs to the Eukaryota Domain, Kingdom Fungi, Basidiomycota Division, Agaricomycotina Subdivision, Class Agaricomycetes, Subclass Agaricomycetidae, Order Agaricales, Family Agaricaceae and then to the Genus Agaricus and to the A. Silvaticus species.
The terms are synonyms: Agaricus sylvaticus Schaeff, Psalliota silvatica (Schaeff.) P. Kumm. And Agaricus sanguinarius P. Karst.

Etymology –
The term Agaricus comes from the Greek αγαρικόν agarikón agaric, fungus of the Agars, because according to the Greek physician, pharmacist and botanist Dioscorides was imported from Agaria, the country of the Sarmatians. The specific epithet derives from silva selva, forest: sylvan, sylvan, but also in the wild, erratic sense.

Geographic Distribution and Habitat –
The Agaricus silvaticus can be found from July to October in the coniferous woods, in groups of a few specimens, under red spruce (Picea abies), but also in broad-leaved woods. 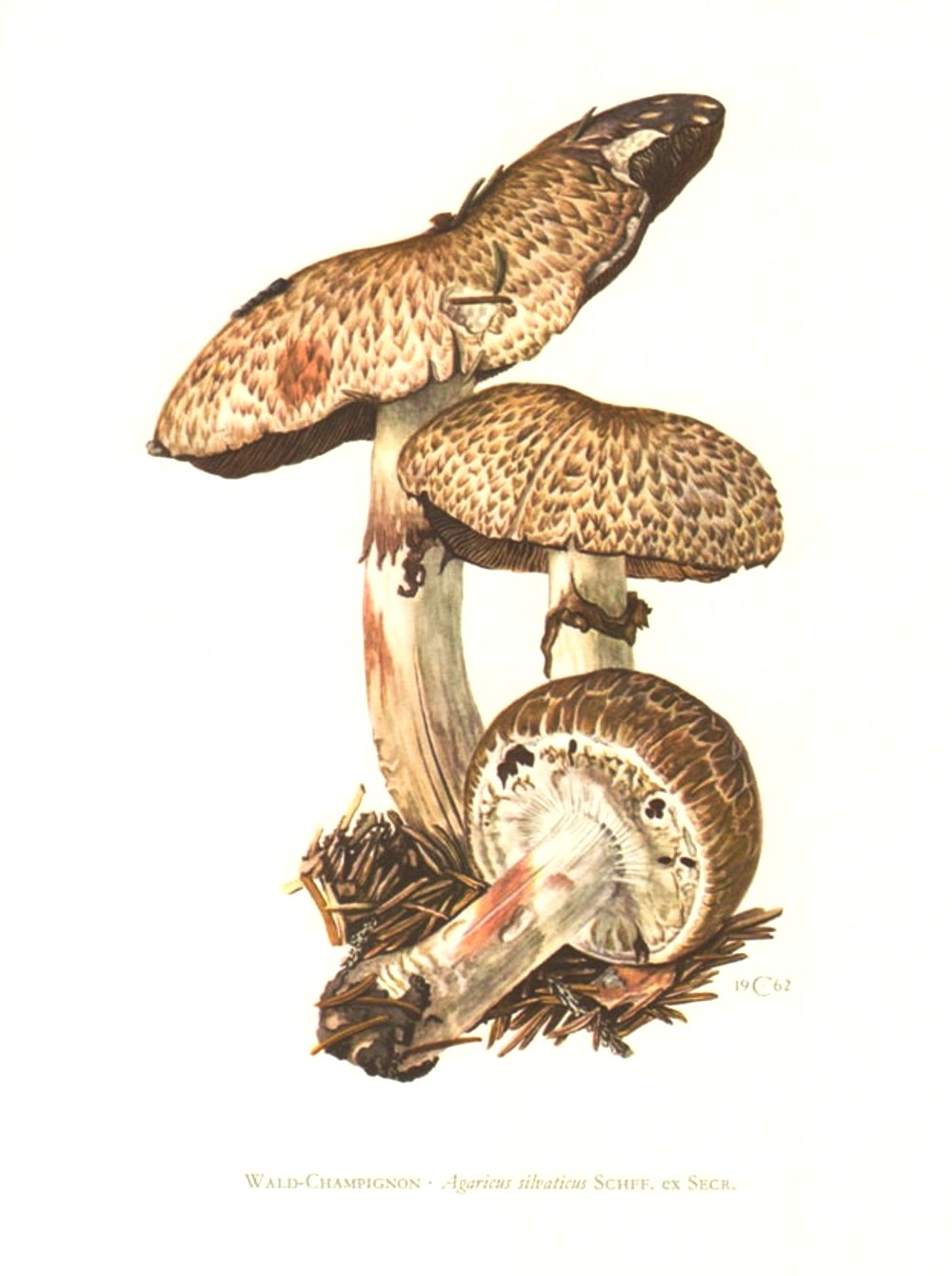 Recognition –
The prataiolo of the woods is recognized by the hat of 8-15, maximum 20 cm in diameter, initially hemispheric, then convex, and finally flat, with central, fleshy umbone, covered by triangular, fibrillose and appressed bruno-yellowish or reddish brown squamette , generally more dense in the center. The lamellae are dense, low, narrow, thin, free at the stem, at first slightly shaded with pink, then darken in gray-pink and finally brownish-violet or purple-brown, with sterile and slightly flocculose thread. The stem is ilindrico, with a bulbous foot, soon empty, of a pure white color at the top and whitish and scaly-flocculose below the ring, but soon grayish and brownish. It is more slender in the specimens under deciduous trees, more stocky under the conifers. The ring is supereus, simple, wide and thin, membranous, often lacerated, cascading to skirt, caduco, white, darkening with time, with the upper surface smooth and the bottom flocculent. The meat is compact, tender, white with pinkish hues, in the air and in the cut it turns into patches, to the reddish salmon, over time it becomes brownish. Smell of fungal, aromatic, grateful and slightly acidic and sweet or nutty flavor of wood. Microscopic analysis shows spores of 4.5-6 x 3-3.5 μm, sub-elliptic, smooth, monoguttulate, with thick wall, brown in mass.

Cultivation –
The Agaricus silvaticus, like other mushrooms of its kind, can be used for cultivation, but it is destined above all for other similar species.

Uses and Traditions –
The Agaricus silvaticus can be easily confused, so much so that someone considers it the same fungus, with:
– Agaricus haemorrhoidarius, good edible, with reddening meat, but of more massive size and with campanulate hat, with trapezoidal section, mainly growing under broadleaf.
– the Agaricus langei var. silvaticoides (Pilat) Bon; very similar to Agaricus silvaticus from which it is distinguished with confidence only through microscopic analysis, having larger spores;
– the Agaricus subrutilascens, edible but not digestible for some, with the center of the darker, brown-purple or brown-winey hat, which bears fruit in autumn, under the conifers in North America and the Far East, same regions where it also grows out of the woods.
For this reason it is always good to pay close attention to its exact determination as other roughly similar Agaricus (and some even toxic) can be fatally confused with this species. For this reason all aspects, both morphochromatic and organoleptic, must be taken into consideration to arrive at an exact determination.
In any case, the edible prataiolo of the woods is excellent, even raw, as long as it is young.

Preparation Mode –
Agaricus silvaticus is among the mushrooms that can be cooked and stored in many ways and therefore among the most versatile in the kitchen, both fresh and dried or in oil; particularly interesting is its consumption from raw in salads or uncooked seasonings (for young specimens).