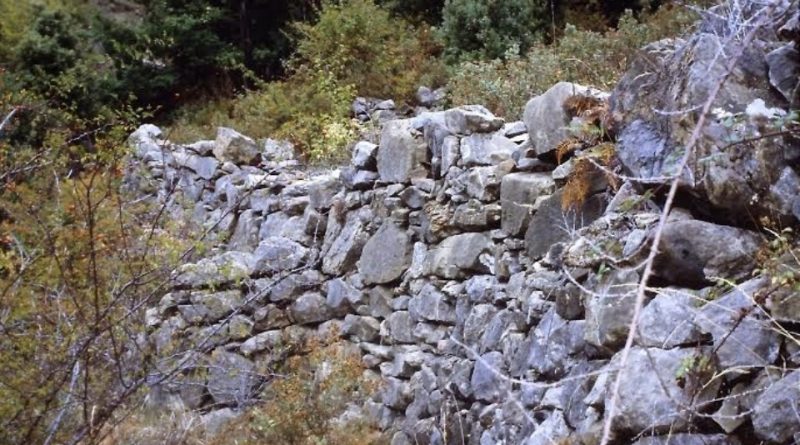 The most ancient source citing the Ligurians is represented by a controversial version of a fragment of Hesiod (late VIII – early 7th century BC), reported by Strabo who quotes the Ligurians (Libuas or Libi?) Together with the Ethiopians and the Scythians as the oldest inhabitants of the West.
The Ligurians were a population of the first millennium BC whose traces are known in the area near the French border of Ventimiglia, on the Balzi Rossi and on the beaches of the Arene Candide near Finale Ligure. The Ligurians (in Greek Λιγυες, or Ligues and in Latin Ligures) gave its name to today’s region of Liguria, attested around 2000 BC. in northern Italy and southern France (the two extremes of the traditional Ligurian culture are usually placed at the mouth of the Rhone to the Arno river mouths). Until the 2nd millennium BC it was thought that the Ligurians occupied large areas of north-western and also north-eastern Italy (Polada culture, Euganei) and then be restricted in their historical boundaries by the arrival of new waves of Indo-European peoples (proto-Italics, Venetics and proto -Celti).
The Ligurians occupied an area that is equivalent to the current Liguria, northern Tuscany, Piedmont, a part of Lombardy (western and southern), Emilia-Romagna (provinces of Piacenza, Parma, Reggio Emilia, Modena), and in parts of southeastern France. Mention should also perhaps the population of Ligurian strain of Corsicans that populated Corsica and north-eastern Sardinia in the second and first millennium BC.

The historical findings show the qualities of solidarity and honesty of an agricultural and pastoral population not yet divided into classes and in which women faced the same labors of men in a land defined as stony, sterile, rugged or covered with trees to be broken down. Although Marco Porcio Catone defines the ignorant and liar Ligurians, a people that has lost memory of their origins. The Ligurian economy was based on primitive agriculture, on pastoralism, on hunting and on the exploitation of forests. Diodorus Siculus writes of the Ligurians: “Being their mountainous country full of trees, one of them all the day they use to cut lumber, to that using strong and heavy dark; others, who want to cultivate the earth, must deal with breaking stones, since the soil is so dry that you can not remove a clod from the soil, that no stones are raised with it. However, although they have to struggle with so many misfortunes, by force of obstinate work they exceed nature […] they often give themselves to the game, and finding quantities of savage, with it they compensate for the lack of fodder; and then it comes, running through their snow-covered mountains, and becoming more and more difficult to practice places of scrubland, they harden their bodies, and strengthen their muscles admirably. Some of them for the food shortage drink water, and live on the flesh of domestic and wild animals. ”
Obviously the morphology of the region where they lived mainly (Liguria) led them to become skilled traders of the sea. In fact, already in ancient times the Ligurians were known in the Mediterranean for the trade of the precious Baltic amber. With the development of the Celtic populations the Ligurians found themselves controlling a crucial access to the sea, becoming (sometimes in spite of themselves) custodians of an important way of communication. This leads us to assume a relationship between the progressive development of a previous primitive agriculture, with a more advanced way, both for cultural exchanges with other populations (such as Courses and Sardinians) and for the learning of agricultural techniques outside their territories.
It is possible, among other things, that, favored by an exposure to the south, Ligurian farmers would mutate the cultivations typical of areas further south, such as especially the horticultural ones, modifying the rough and often unproductive traditional crops. The current productive characteristic of Liguria should have begun with them. The Ligurians lived in villages formed by scattered huts, preferably on the “half-coast” of mountainous slopes to exploit the elevated position but being better able to organize food rather than on the Apennine or Alpine peaks.